The statue of one of the most beloved Presidents in the history of the United States is slated for removal because it is considered to be “problematic.”

The famous “Equestrian Statue” of Teddy Roosevelt in front of the American Museum of Natural History in New York is coming down.

The statue has been defaced in recent years for allegedly “symbolizes colonial expansion” and it’s “visually explicit racial hierarchy” on display in front of the Central Park West entrance.

In 2019, the New York Times reported that the American Museum of Natural History had created a new display called, “Addressing the Statue” which was an attempt to contextualize the Teddy Roosevelt statue that was installed outside of the museum in 1940.

The following video explains some of the debate–that this work of art was meant to represent the Indian and the African as allegorical figures representative of hunting grounds that Roosevelt, an outdoorsman frequented, rather than representatives of people groups; but others claim that it doesn’t matter the intent because the visual is more important. Some claim that Roosevelt had racist views, while others think that it is unfair to judge someone outside of their own time period and impose current values retroactively.

It’s important to note that while some are decrying Teddy Roosevelt as racist, he was the first President to invite an African American to the White House for dinner. In 1901, Booker T. Washington was invited to dine at the White House by President Roosevelt.

After years of pushing by activists to “decolonize” the museum, the Equestrian statue of Roosevelt has been deemed “problematic” so it’s now slated for removal.

“The American Museum of Natural History has asked to remove the Theodore Roosevelt statue because it explicitly depicts Black and Indigenous people as subjugated and racially inferior,” Mayor Bill de Blasio said in a written statement on Sunday. He continued, “the City supports the Museum’s request. It is the right decision and the right time to remove this problematic statue.”

The American Museum of Natural History will remove a prominent statue of Theodore Roosevelt from its entrance after years of objections that it symbolizes colonial expansion and racial discrimination, Mayor Bill de Blasio said Sunday.

The bronze statue that has stood at the museum’s Central Park West entrance since 1940 depicts Roosevelt on horseback with a Native American man and an African man standing next to the horse.

Ridiculous, don’t do it! https://t.co/VYez8p9AJh

A 1982 Murray-Blessing poll found that Roosevelt was considered one of the best presidents by historians regardless of the political leanings of the respondents. 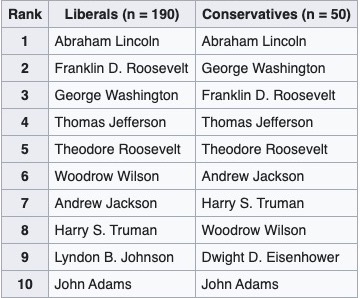 Public opinion isn’t much different from those of the historians in 1982, Teddy Roosevelt, despite being a Republican, is still one of the most beloved Presidents in America.

Still, the move has widespread support, including by Roosevelt’s own descendants.

The former president’s great-grandson, Theodore Roosevelt IV, who is also a trustee at the museum, said in a statement, “The world does not need statues, relics of another age, that reflect neither the values of the person they intend to honor nor the values of equality and justice.”

The museum’s president, Ellen Futter, told the New York Times that the museum’s ‘community has been profoundly moved by the ever-widening movement for racial justice that has emerged after the killing of George Floyd.’

‘We have watched as the attention of the world and the country has increasingly turned to statues as powerful and hurtful symbols of systemic racism,’ Futter told the Times. ‘Simply put, the time has come to move it.’

This isn’t a Confederate statue, this isn’t a slave-trader, this is a beloved President of the United States.

The museum’s handling of the statue with an exhibit was the correct move, and maybe a plaque including the controversy should be included now that it’s been 80 years since the statue was first placed there.

During the hullabaloo in Charlottesville in 2017, President Trump warned that the removal of some statues will snowball to include many others. At the time, he was mocked for it, but we’re seeing it happen right now–George Washington, Thomas Jefferson, and now Teddy Roosevelt.

President Trump was right, and the defacing and removal of all sorts of statues is evidence of that.