We haven’t seen this level of dishonest cynical trolling since that infamous Obama-era ‘kids in cages’ photo they tweeted.

The left has thrown everything they can think of at Trump, and he STILL hasn’t folded like a cheap suit. They’re running out of ideas, and the things they’re trying to throw at him keep getting increasingly petty.

They have tried to drive him out of office, drive a wedge between him and his supporters through making Trump ‘radioactive’, and to isolate him politically. It hasn’t worked.

An orchestrated coup, since dubbed #Obamagate didn’t get rid of him.

They are trying to embarrass him, anger him, bait him.

More recently, they are posting photos trying to make him look weak. Like this one:

Perfect symbolism. If ever the country needed the occupant of the White House to shed light, and not heat, now is the time. Sadly, the lights are out. pic.twitter.com/5i8e60Ipcv

“If ever the country needed the occupant of the White House to shed light, and not heat, now is the time. Sadly, the lights are out.”

Do you know what’s wrong with this particular rhetorical attack?

It’s actually a criticism of — Obama!

Incredible irony that this viral photo… was actually taken during the Obama administration.

Sadly, the lights were out. https://t.co/Xh49aDaqcX

Looking at all the muck and corruption so many of Obama’s lieutenants have found themselves neck-deep in, with Congressional hearings cranking up, this is a particularly unfortunate time for David Axlerod to remind us of the figurative darkness that had overtaken the White House.

That photo from Obama’s term stands in stark contrast to another one: 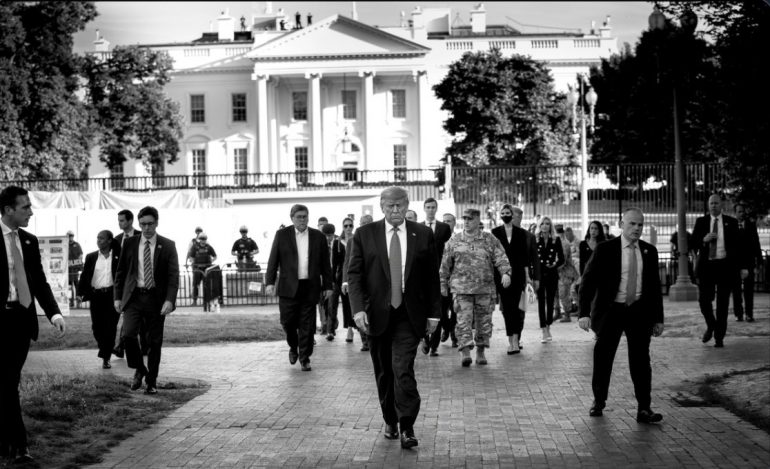