This little dude is straight up, 100% badass. And that scar he’ll have on his face is better than any badge of honor since he earned the hard way: doing hero stuff.

While college kids go off to their indoctrination camps to learn how evil the heroes that forged the country whose benefits he enjoys quibble about whether or not a straight dude is a bigot because he doesn’t want to knock boots with a ‘girl’ who stands up to pee, this little boy knows more about manhood than they ever will.

This litle man is a king. pic.twitter.com/vW5VL8rnxl

He’s got some battle scars. Maybe she’s comforting him?

Nope. That’s not it at all. 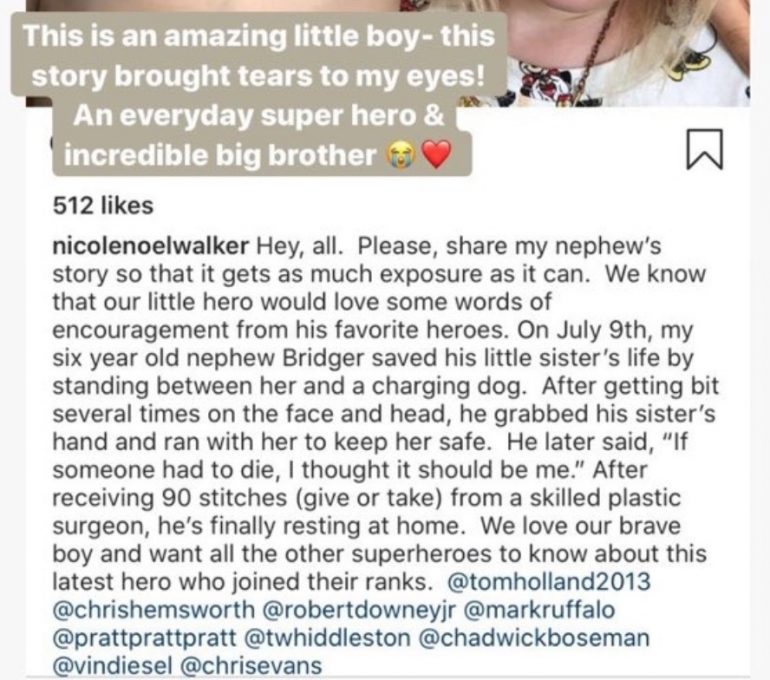 In case you can’ read it, here’s what the text attached to that photo says:

Hey, all. Please, share my nephew’s story so that it gets as much exposure as it can. We know that our little hero would love some words of encouragement from his favorite heroes. On July 9th, my six yer old newhew Bridger saved his little sister’s life by standing between her and a charging dog. After getting big several times on the face and head, he grabbed his sister’s hand and ran with her to keep her safe. He later said, “If someone had to die, I thought it should be me.” After receiving 90 stitches (give or take) from a skilled plastic surgeon, he’s finally resting at home. We love our brave boy and want all the other superheroes to know aobut this latest hero who joined their ranks. @tomholland2013 @chrishemsworth @robertdowneyjr @markruffalo @prattprattpratt @twhiddleston @chadwickboseman @vindiesel @chrisevans

Heroes take the punch that someone smaller can’t.

This little boy knew the odds were against him, knew the dog could take him out, did the math and STILL decided that standing between his little sister and her certain death was the right thing for a big brother to do.

With an attitude like that, he’s going to grow up to be one HELL of a man. Exactly the antidote America needs for the cruddy culture being pumped out from our cruddy campuses.

Why do we admire his story so much? Why is it so heroic?

Because it carries faint echoes of the original badass who laid down HIS life for the folks HE loved. You know… John 3:16.