Purchases of guns have nearly doubled in the first six months of 2020, and that’s not all…

The sudden surge in firearms sales is multifactorial–concerns over rising crime, protests that are turning violent, calls to defund the police, the global pandemic, and the upcoming presidential election.

According to the National Shooting Sports Foundation (NSSF), an industry trade group, 87% of retailers surveyed have seen a spike in sales in the first 6 months of 2020. NSSF said in a statement, “Bottom line is that there has never been a sustained surge in firearm sales quite like what we are in the midst of.”

NSSF conducted an online survey of their members and found that gun sales were up 95% compared to the same time last year, ammo sales were up 139%, and sales to African Americans is up 58%.

Sales, meanwhile, aren’t just to the traditional customer base of white males. The report said that the surge is among others, especially blacks, Asians, and Hispanics.

“The highest overall firearm sales increase comes from black men and women who show a 58.2% increase in purchases during the first six months of 2020 versus the same period last year,” said the report.

NSSF published an infographic of their results. 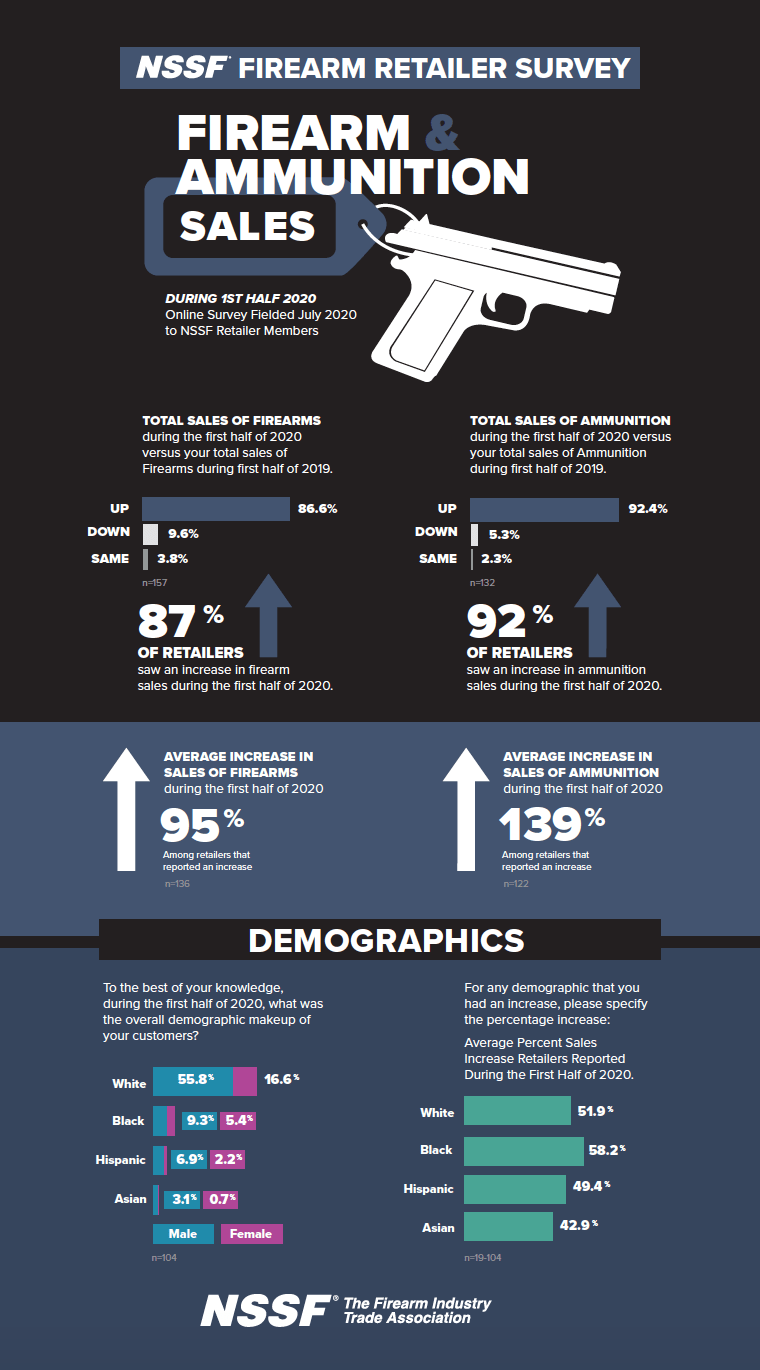 The NSSF results are consistent with the surge in gun sales recently and the record-breaking number of FBI background checks in May.

A total of 3,091,455 checks were recorded in May, the highest May number since the system was created 22 years ago, and the third highest month on record. The highest number of checks in one month occurred in March, which recorded a record 3,740,688 checks.

Meanwhile, gun sales have surged since the start of the coronavirus pandemic. April sawÂ 1.7 million firearms purchases, a 71 percent spike from the previous April. Gun sales spiked higher in March with 2.6 million purchases, an 85.3 percent increase over the previous year, according to Small Arms Analytics and Forecasting.

Well, well, well. Look at that.

When push comes to shove, and the radical leftists are waxing philosophical instead of talking about the concrete measures they plan to implement with their nutty defund/dismantle the police, average Americans are deciding to exercise their right to bear arms as lawlessness abounds and violent crime is spiking in major cities around the country. After all, if the police are defunded, and trouble comes beaking into your house, there’s only one person that you can count on–yourself. Heck, that’s true even with the police–no disrespect to the men and women in blue. But, when seconds matter, the police are minutes away.

The left must be thrilled that their anti-police protests have inspired more people to buy guns. They must absolutely love that. 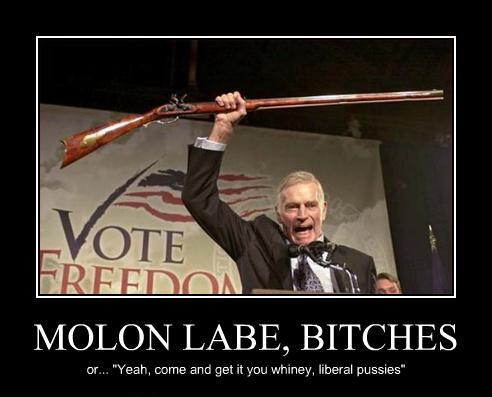 And the REAL fascist showing their colors
January 18th, 2021 The Real Side With Joe Messina