Suppose someone actually believed every word of Trump’s political enemies in the Press, and the Democrats they are helping, he would be willing to swear on a Bible that the President has an assortment of Klan hoods in his closet… and so does everyone who voted for him. (Even the ones who also voted for Obama.)

Now the rest of us all know this is complete horsesh*t, but that won’t stop the Left from beating their drum to scare the minority voters out of taking a serious look at the differences in Party Platforms (and more importantly) their track records.

The louder and shriller they get in telling that lie, the harder it is to take them seriously.

Like this weekend, when the Democrats set their Hit Squad out against a prominent and Successful minority business success story who made the ‘mistake’ of saying something positive about their avowed Enemy, OrangeManBad.

The CEO of Goya foods is now the target of Liberal rage and an effort to destroy their company. 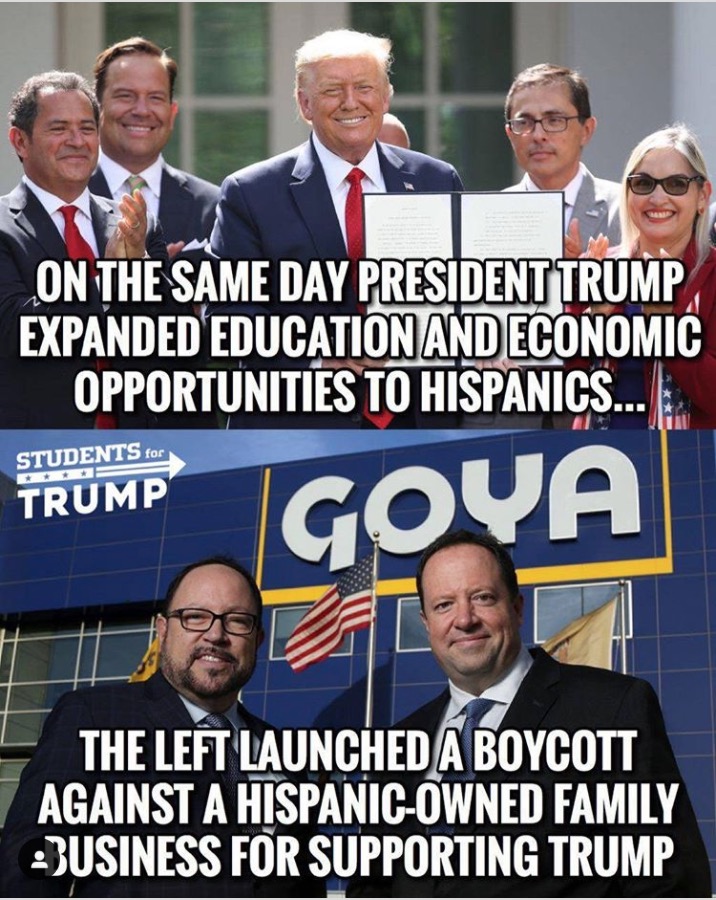 The ‘hit squad’ included AOC and those forgettable Castro brothers.

Moral of the story? Liberals are perfectly willing to put their party above anyone and anything else.

Individuals from the groups they claim to ‘champion’ will be thrown under the campaign bus without a moment’s hesitation if they deviate by one Angstrom from lockstep with the Democratic Party.

In other words, Vote Blue… if you know what’s good for you.

Pay no attention to the fact that the guy you are trying to cancel donated enormous disaster relief to Puerto Rico. You know, that island you pretend to care about when it suits you?