It’s pretty clear to anyone looking on that prosecutors were looking for any excuse they could to take down people in Trump’s inner circle. Roger Stone happened to be one of the ‘Big Fish’.

General Flynn was another one. And we saw the extreme lengths that corrupt leftists were willing to go to make unjust charges stick against him.

How about Manafort? The premise they used for opening the investigation was not just flimsy, it was fraudulent, the so-called ‘black ledger’ that was supplied by someone in Ukraine that just happened to make falsified allegations against Trump’s campaign manger. All the other stuff they got him on had NOTHING to do with the case they were supposedly investigating and absolutely nothing to do with Trump or ‘Russian Collusion’.

As for Manafort’s partner, Tony Podesta? He was granted immunity. Tony’s brother just happened to be on Hillary’s campaign team. But this wasn’t political, right?

Now, at precisely the time that thousands of criminals — many of them violent — are being released from prison because of Coronovirus fears, Roger Stone was being sent to prison.

This is where Trump steps in.

He commuted the sentence.

In a statement released on Friday evening, a White House statement said: “Roger Stone has already suffered greatly. He was treated very unfairly, as were many others in this case. Roger Stone is now a free man!”

The commutation does not erase Stone’s felony convictions the way a pardon would, but it allows Stone to avoid setting foot in prison for his crimes. — MSN

Schiff and the rest of the Dems offered their standardized, form-letter statements of outrage.

He continued that the decision showed there were two rules of law, “one for the cronies of Donald Trump, one for everyone else” and that the president’s signal was that ‘it’s OK to lie to Congress as long as it’s to protect me.’ That can never be OK.”

On Friday night, the speaker of the House, Nancy Pelosi, another California Democrat, told CNN that there should be legislation to make it illegal for a president to pardon someone if “the crime that they are in jail for was caused by protecting the president”.

The absolute soullessness it must take Schiff to make a statement like that while knowing what dirty partisan tricks (including leaking confidential materials) he himself has been playing for years staggers the imagination.

Frankly, you might think Schiff would be a little more appreciative of Stone. He basically plays the same game of bare-knuckle dirty-tricks politics. And chances are, those same dirty tricks are going to catch up to Schiff one day.

Bitter old Mitt (who, we recall,  was passed over for the cabinet position he begged Trump for, and who has his own swampy connections to Burisma) is outraged, OUTRAGED I SAY!

Unprecedented, historic corruption: an American president commutes the sentence of a person convicted by a jury of lying to shield that very president.

Let’s take a moment and put that ‘outrage’ in context, shall we? 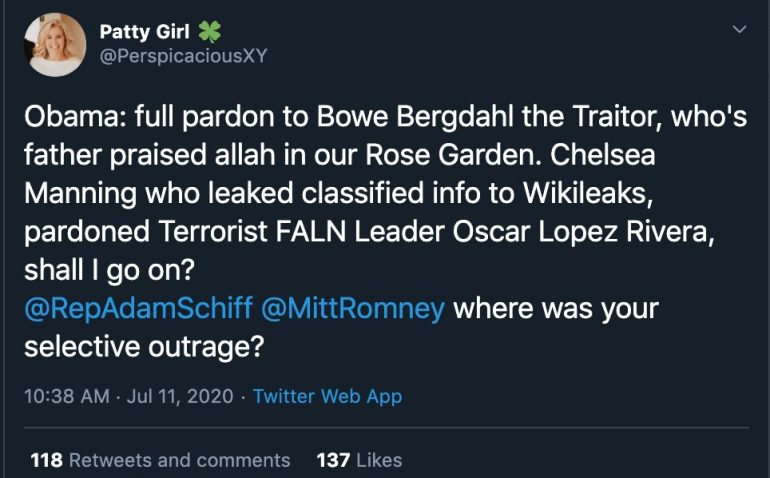 This isn’t about ‘principles’ this is far more personal than that.

White House press secretary Kayleigh McEnany, in a statement, called Stone a “victim of the Russia Hoax that the Left and its allies in the media,” and declared, “Roger Stone is now a free man!”

Stone had been open about his desire for a pardon or commutation, appealing for the president’s help in a monthslong television and social media campaign and seeking to postpone his surrender date by months after getting a brief extension from the judge, in part by citing the coronavirus.

Where were we? Oh yes… the commutation.

This commutation has no impact on the accusations of his guilt.

Team Of Lawyers Suing WHO And Related Orgs. For Misleading World About COVID
April 11th, 2021 The Lid