Life comes at you fast.

Paul Gallant, a sports reporter for 710 ESPN radio in Seattle, has just had that happen to him.

Gallant, who is mostly just a sports guy who doesn’t weigh-in on politics much, has decided that things in Seattle are going too far and he’s now considering getting himself a gun for self-defense.

All it took was several months of unrest with protesters (both the peaceful and the not-so-peaceful kind,) an “autonomous zone” where three teenagers were shot–two of them died, the Seattle city council tying the hands of law enforcement, and a plan to abolish jails.

Oh, and the Starbucks on the ground floor of his apartment complex was smashed and graffitied by “peaceful protesters.” (Why do they always destroy Starbucks?)

Basically, it took the Bernie Sanders wing of the Democratic party to out themselves as who they really are.

On Friday, Seattle Police Chief Carmen Best told business owners that she won’t put officers at risk to protect property during riots without the proper tools. The Seattle city council has banned the use of less-lethal tools to disperse crowds that are getting out of hand–things like pepper spray. Chief Best sent a letter to businesses informing them that they were essentially on their own.

The Seattle police chief informs business owners that they are on their own against rioters. The city council has tied her hands. The police do not have the tools to combat mob violence. pic.twitter.com/iLV0ne9Z2i

Fortunately, the DOJ persuaded a federal judge to block the law and allow Seattle PD to do their job.

On Saturday, Seattle police declared a riot after protesters set fires, threw rocks, bottles, fireworks, and mortars, and possible explosive damage to the East Precinct. As a result, 21 police officers were injured–one of those officers was hospitalized with a leg injury caused by an explosive. More than two dozen people were arrested.

The East Precinct was the same one that was abandoned and led to the “autonomous zone” of lawlessness that was called CHAZ and later changed to CHOP.

Back in June, Paul Gallant responded to President Trump’s tweet that the autonomous zone should be shut down. Gallant said that he’d walked through it and it was fine.

Walked through it last night out of curiosity and saw no burning, pillaging, or deaths. Chill dawg

But, 5 weeks later, the protests have hit close to home–quite literally.

Gallant shared a video and some photos of the destruction from the “peaceful protesters.” Now, he’s pissed and thinking that it might be time to get himself a gun for protection.

He wrote, “Came home to my apartment complex. The Starbucks underneath has been destroyed, and cops are telling us to stay away in case something explosive is inside.” In another tweet that included still photos of the smashed windows and graffiti, he wrote, “Great job assholes.” 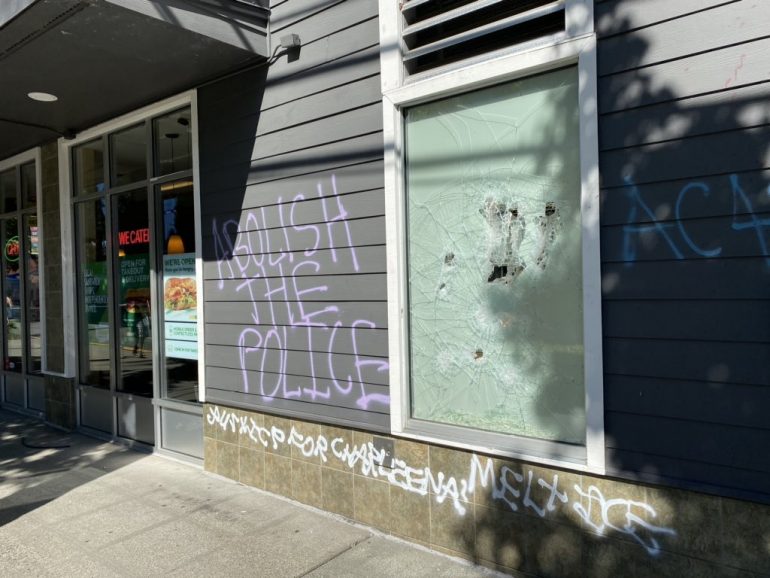 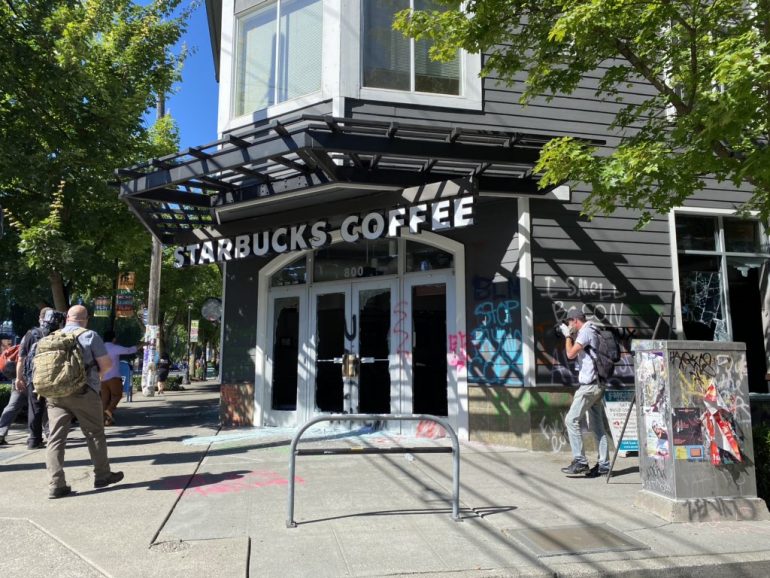 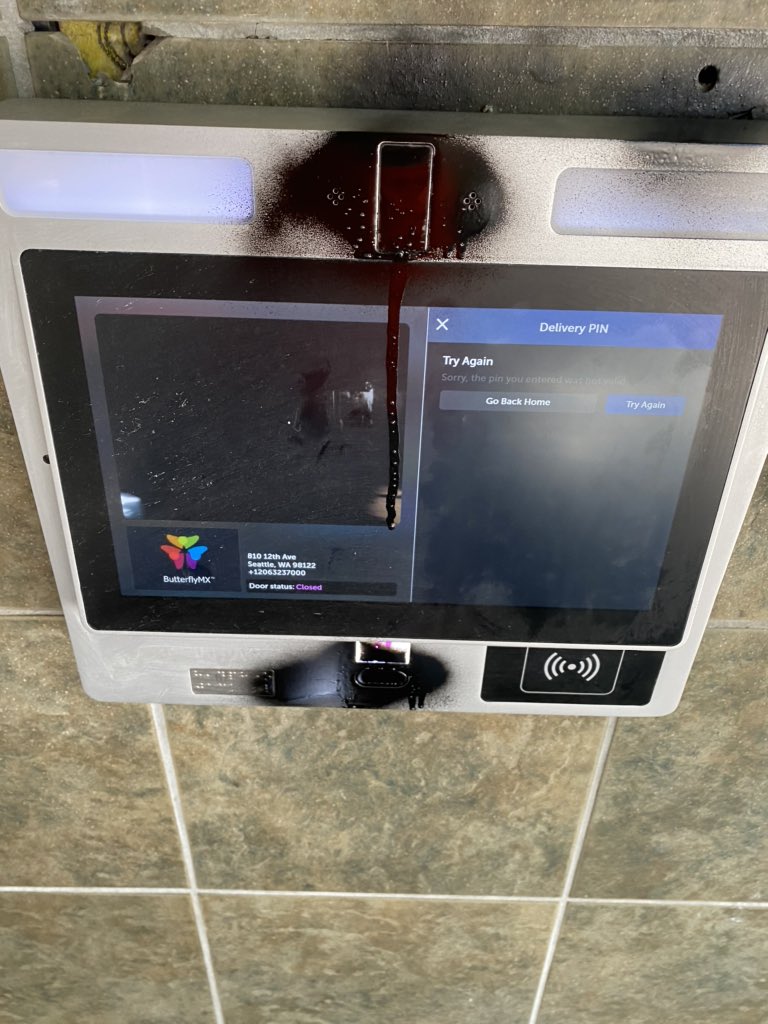 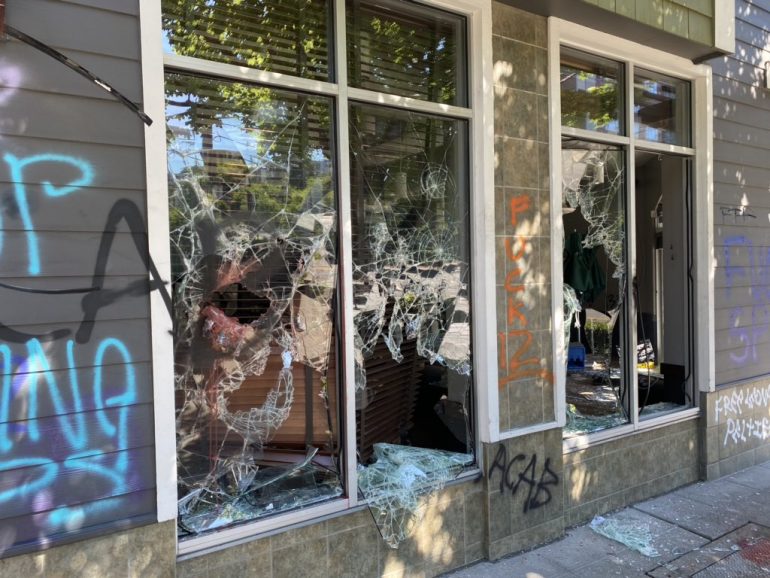 He continued his thread, “Unrelated, there’s a fire a few blocks from me which had me freaked out when I saw it from the highway. Zero clue what’s going on, but the cat and I are g’ing t f out.” His final tweet was, “I feel like I need to buy a firearm, because clearly this is going to keep happening. Enough is enough. It looks like a block party down the street from me. Really angry right now.”

I feel like I need to buy a firearm, because clearly this is going to keep happening. Enough is enough. It looks like a block party down the street from me. Really angry right now.

Many on rightwing Twitter were pointing out his hypocrisy and claiming that he didn’t care about lawlessness until it hit his neighborhood.

He was trolled with his own words by conservatives and told to “Chill Dawg.”

Woke up to a bunch of ppl tweeting “Chill Dawg” at me. ? I laughed.

I stand by what I originally said. 5 weeks ago, Chaz/Chop/whatever didn’t seem as bad as portrayed by those outside of it. I‘d walked through it a few times.

But maybe we shouldn’t be so quick to condemn Gallant–after all, he lives in Seattle and works for ESPN–he’s in the absolute heart of wokeness culture, but it doesn’t seem to have reached its tendrils into him and infected everything he touches as it does to so many others. He’s just a guy who likes sports and wants to live his life. I can respect that.

His response to some of his critics makes me like the guy.

Come on, that’s pretty awesome, no?

mostly a normie who now realizes whats really going on

people should welcome him and offer firearms advice

When someone who was critical actually realizes that there are consequences to actions and embraces the right to bear arms, we should celebrate it instead of beating him down for it.

After all, it’s not “toxic masculinity” to want to protect yourself and your property–that’s normal. The problem is that everything masculine these days is called “toxic.”