No wonder the leftists in Seattle were slow to act on the “Occupied Zone” in the middle of their city.

Some of their city leaders approve of it. We saw that with Mayor Jenny Durkin who called CHOP the “summer of love”–before the shooting started. But it appears that Durkin isn’t alone in wanting a socialist utopia.

One member of Seattle’s city council has admitted that her goal is to “dismantle capitalism.”

Seattle’s city council has voted 7-2 to impose a hefty payroll tax on large companies. The tax is officially called JumpStart Seattle, but it is colloquially referred to as the Amazon Tax. This new “revenue stream” for Seattle is set to raise $214 million annually by taxing businesses with more than $7 million in their annual payroll at a rate of 0.7% for every employee earning at least $150,000, and 1.4% for those making more than $500,000.

One of the socialist members of council, Kshama Sawant, warned Amazon CEO Jeff Bezos “and his class” that if there is any attempt to repeal the tax, socialists “are coming for you.”

But it wasn’t just threatening billionaires that the mob will “go after them” for opposing being heavily taxed, Sawant said that this tax was just the first step into the larger vision of a socialist utopia.

In her unhinged rant, Sawant said, “The private, for-profit housing market has utterly failed working people–not just here and now, but everywhere and always.” She added, “capitalism is completely incapable of meeting the most basic needs of working people.”

She warned those who would dare to oppose the “modest” demands of the socialists, they would face a mob. Sawant went on to gush about a coming “socialist world.”

Because we are coming for you and your rotten system.

We are coming to dismantle this deeply oppressive, racist, sexist, violent, utterly bankrupt system of capitalism, this police state.

We cannot and will not stop until we overthrow it and replace it with a world based instead on solidarity, genuine democracy, and equality – a socialist world.

Meet Seattle city council woman Kshama Sawant…as she makes out right threats and explains how the *FUTURE OF AMERICA* will come to pass with the NWO.
“We are coming for you…”
“We will be a *Socialist World*…”
We are truly surrounded by EVIL.
WAKE UP
pic.twitter.com/ImkpKQsoiF

Sawant makes some absolutely nutty points about capitalism. So let’s break them down.

First, she says that capitalism fails to “meet basic needs” which is blatantly untrue.

As ClashDaily has cited before, this fantastic article from the American Enterprise Institute explains that you can’t end poverty by ending capitalism. It’s been the rise in capitalism that has been bringing people out of poverty over the last couple of decades.

This graph explains it: 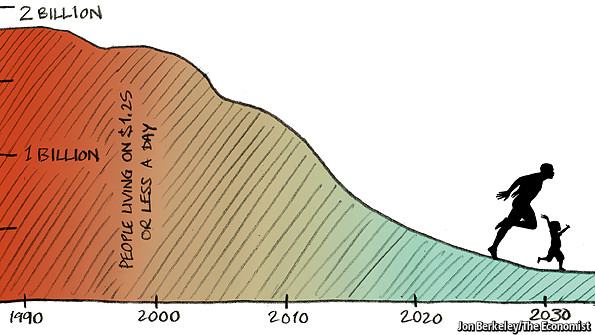 And as I said in that same article…

I’m not sure what county that Ms. Sawant thinks that she’s living in, but the United States of America is the freest, least racist, least sexist country in the world. We have laws that prevent discrimination.

And as the recent protests against the murder of George Floyd have shown, there were people of all ethnicities coming together to protest something that we all saw as unjust. A recent Pew Research study showed that despite the claim that there is rampant racism in America, 46% of protesters for racial equality were white and only 17% were black.

It’s also completely rich for Ms. Sawant to rail against the “violence” of the capitalist system when three black teenagers were shot in the much-lauded “summer of love” Occupied Zone before it was dismantled when the protesters took their grievances straight to the Mayor’s house, which was led by…Kshama Sawant.

That’s not even mentioning the more than a hundred million people that have died in the “failed” attempts at implementing the ideas of Karl Marx that Ms. Sawant is so giddy about.

I don’t know Ms. Sawan or her parents, but clearly they did her a disservice by not telling her #6 enough and perhaps saying #2 a little too much. 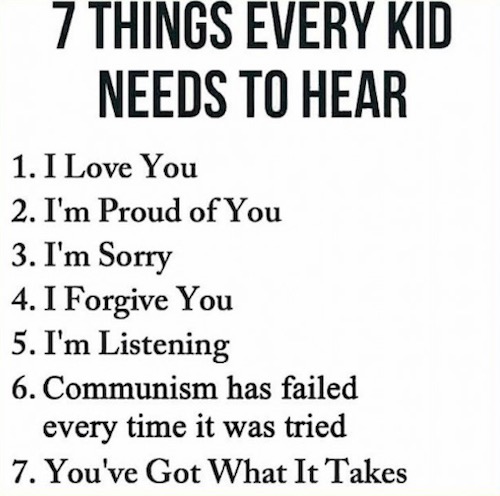