Democrats and the Press are still refusing to denounce the civil unrest that has been sweeping American cities. Now it has spread to Wisconsin. Here’s what happened.

What began as a routine domestic disturbance call ended with a black man being shot multiple times by a police officer.

The man, Jacob Blake, is in serious condition but was airlifted to hospital and is being treated for his injuries.

Local press is reporting the incident this way:

Dozens of squad cars from the Kenosha Police and Kenosha County Sheriff’s department and Wisconsin State Patrol converged in the Wilson Heights neighborhood, lining the streets approaching the scene.

The incident was being turned over to the Wisconsin Department of Justice, Division of Criminal Investigation, which will be investigating the officer involved shooting.

At least a half dozen witnesses said that the man had tried to break up a fight between the two women outside a home at 2805 40th St. and that police had attempted to use a Taser on the man prior to the shooting. Then, they heard at least seven gunshots ring out.

Witnesses said he was unarmed and shot in the back.

A video that has since gone viral on social media shows the man walking away from officers and going around the vehicle to get inside. While the man is entering the vehicle the video shows an officer firing a gun at the man inside the vehicle. A woman in the video is screaming as he is being shot.

It was not immediately known whether the man had a weapon. — Kenosha News

For context, Kenosha is between Chicago and Milwaukee. 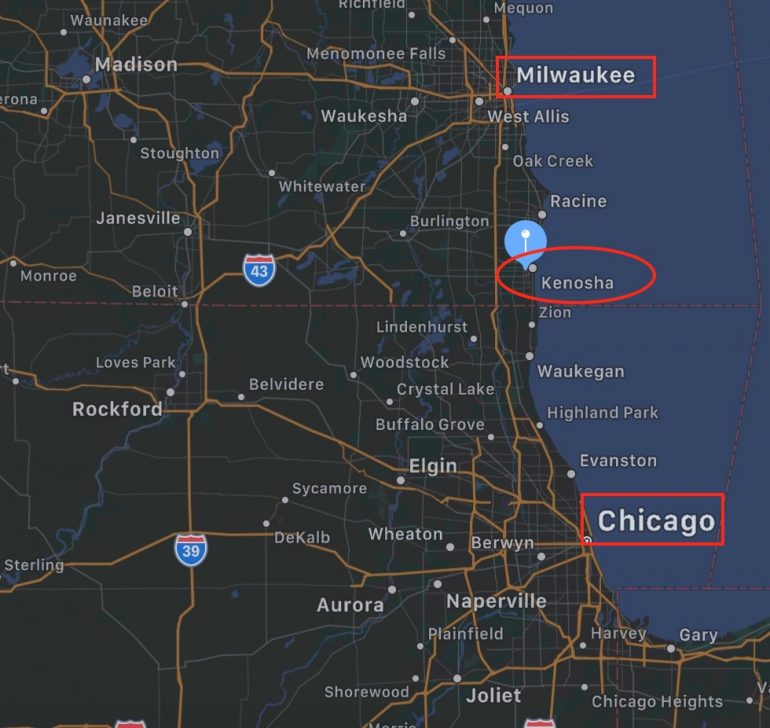 Of course, with the investigation just beginning it is too soon to have any sense of what happened from the cop’s perspective, or whether there are relevant circumstances that would have justified the use of force.

The angry mob has no interest in waiting for any such information.

The angry mob operates on the presumption of guilt and acts accordingly. 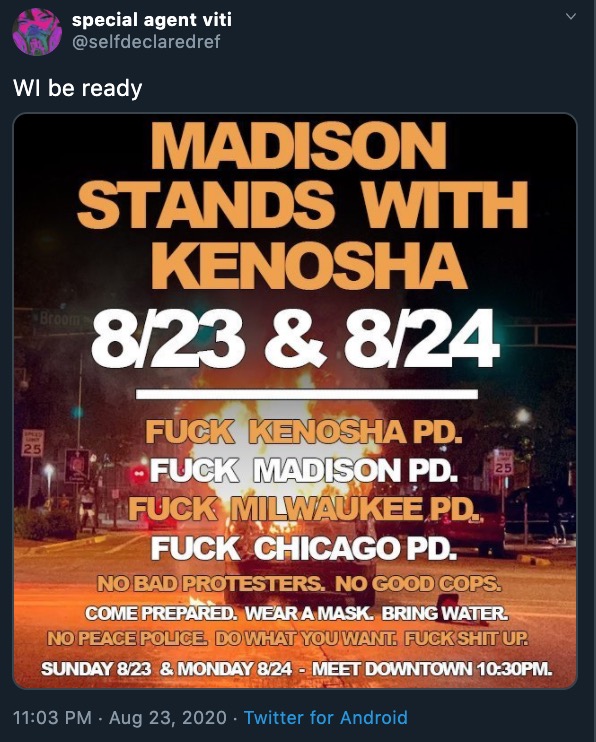 And this was the all-too-familiar result:

Garbage Trucks on Fire in Wisconsin..

It has a surreal similarity to this scene from the Dark Knight with a burning fire truck:

Do the media and Democrats rally think it will help their cause to throw gas on the nation while cities in America burn? Is seizing control of the country so damned important to them that this seems a reasonable price to pay?

Fredo Cuomo once asked the question that non of the press or the elected Democrats seem prepared to answer: where does it say protests have to be peaceful?

If they had even a passing familiarity with the Constitution, they would know the answer is right there in the First Amendment.

Time will tell whether the circumstances involved in this shooting were justifiable or not. Having an opinion now is an exercise in willful ignorance, and can only make a bad situation worse.

WATCH: Journo Hits White Cop With Gotcha Question — He Takes Them To Truthtown

Democrat Congressman, ‘The Border Is Not Under Control’ And It’s A ‘Shell Game’ For Optics (Video)
May 7th, 2021 The Lid

VIDEO: Conservative Icon Tears Through 30 Pushups to Teach Reporter a Lesson
May 7th, 2021 Flag And Cross

A National Day of prayer without God?
May 7th, 2021 The Joe Messina Show