Oh, sure, it’s not as exciting as being the mouthpiece of the Democratic Party, calling riots “fiery but mostly peaceful,” or tut-tutting the RNC for having people in attendance during a pandemic while excusing mass protests.

You’d think that the pearl-clutching “Would somebody please think of the children!” network warning about the apocalypse that the second term of President Donald J. Trump would usher in, would want to report on some actual children who were rescued, some from sex trafficking.

U.S. Marshals conducted “Operation Not Forgotten” a two-week-long investigation to locate and rescue missing children in Georgia. The Marshals worked with state and local law enforcement and were able to rescue 26 children and safely locate 13 others.

According to investigators, the children ranged in age from 17 to just 3-years-old.

The Marshals Service identified 15 of the kids as being victims of sex trafficking.

Acting Special Agent in Charge, Phil Wislar attends a press conference with our partners @USMarshalsHQ announcing the recovery of 39 missing children in Georgia during "Operation Not Forgotten". Thank you to all our partners involved!https://t.co/CtnXnmbLXW pic.twitter.com/yMC4TIAVKO

Fox 5 had exclusive access to U.S. Marshals during the operation.

During the course of “Operation Not Forgotten,” nine adults were arrested.

“Operation Not Forgotten” resulted in the rescue of 26 children, the safe location of 13 children and the arrest of nine criminal associates: https://t.co/a3MeJSfbvk

Shareef faces charges for interference with custody and willful obstruction of law enforcement.

U.S. Marshals Director Donald Washington had a message for missing children, “We will never stop looking for you. That’s our message. There is no more meaningful work that law enforcement does than rescuing children. Our children are not for sale and they are not ever forgotten.”

Why haven’t you heard about this?

Perhaps because our news agencies are (a) lazy and (b) they’re inundating us with what is increasingly looking like a justified use of force by police officers in Kenosha–although it’s still early to tell that with certainty. What should have been a local story has been propelled to the national stage because of the narrative that it pushes, while a story about nearly 40 missing children in Georgia is being brushed off as a local story.

It’s also because it’s about something good that law enforcement officers are doing. Criminals are being brought to justice. And, well, in our current climate that’s not something that the media wants to draw attention to because the Bad Orange Man is talking about “law and order”–which is precisely what this is.

These are federal agents assisting local law enforcement in bringing to justice sick perverts who were selling children for sex to justice.

There are over 400,000 missing children in America, most of those runaways in danger from bastards like these who will take them and sell them off for sex.

How many heartbroken mothers and fathers who cried themselves to sleep have been reunited with their children?

According to the Washington Post, a little over 1,000 people have been shot and killed by police in the past year, and not all of those are African American or unarmed. 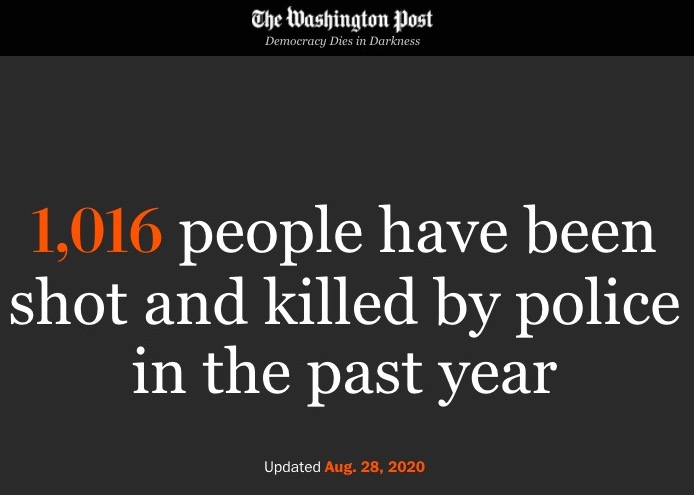 If we’re talking about a “crisis in America,” then surely missing children who are being trafficked should take center stage, no?

I don’t see massive protests with placards of these kids’ photos and crowds chanting “Say their name!”

I don’t see people burning down buildings demanding that these children be found and returned home safely.

That’s because it isn’t convenient. The missing kids don’t come from one racial group. It doesn’t push a narrative.

This is why our media is called “Fake News”–it’s not just that the stories that they tell are biased, it’s that they don’t cover some stories at all.