The Democrat internal polling must show that Joe and Kamala are in deep trouble because the propaganda machine of the Media(D) is pulling out all the stops.

So-called journalists who are not-so-secret cheerleaders for Biden have not said much about his “benevolent” racism that he keeps blurting out, Tara Reid’s sexual assault claim, or the hiding in his basement not taking questions, and they’ve gone into full attack-mode against Trump and anyone that supports him.

President Trump’s kids who have been effective surrogates for him since he descended the elevator in 2015 are targets of the Media(D). Fair enough. They’re putting themselves out there as adults.

But this particular attack was just silly.

During her RNC speech last night, Ivanka Trump spoke about her father as a person. She also told a little heartwarming story about her son, Joseph, making a Lego replica of the White House and giving it to his grandad.

Here’s what she said:

When Jared and I moved with our three children to Washington, we didn’t exactly know what we were in for. But our kids loved it from the start. My son Joseph promptly built grandpa a Lego replica of the White House. The president still displays it on the mantel in the Oval Office and shows it to world leaders, just so they know he has the greatest grandchildren on earth.

Almost immediately the anti-Trump journalist for WNYC, Andrea Bernstein, who wrote a book about the Trumps and the Kushners called “American Oligarchs” tweeted that the story wasn’t true. She says that Ivanka had told a story about making a Lego Trump Tower when she was younger and that story was untrue, which clearly means that Ivanka is lying now.

{The story was plagiarized from "The Art of the Deal.")

This is so petty.

Bernstein’s claim quickly launched several articles claiming that Ivanka was basically recycling the Lego story that she told years ago. 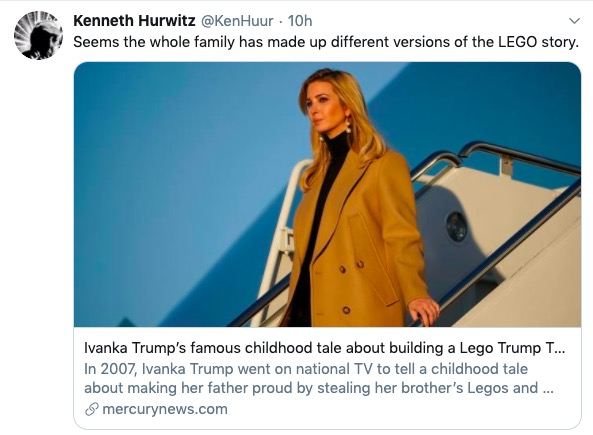 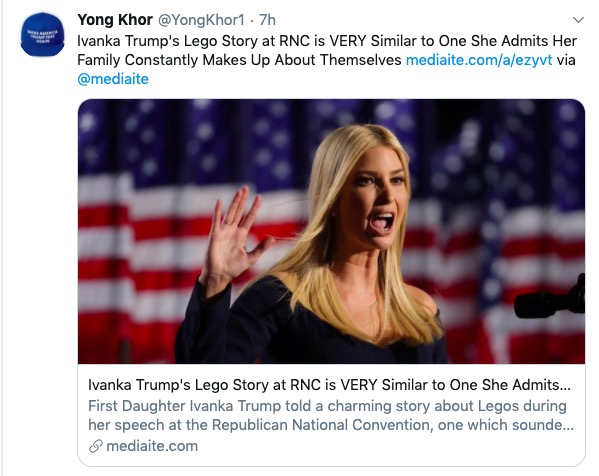 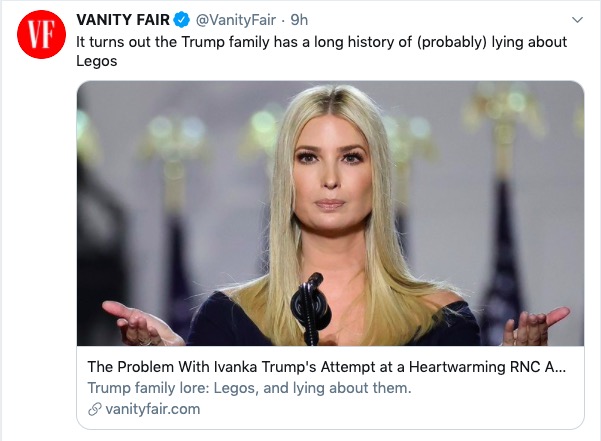 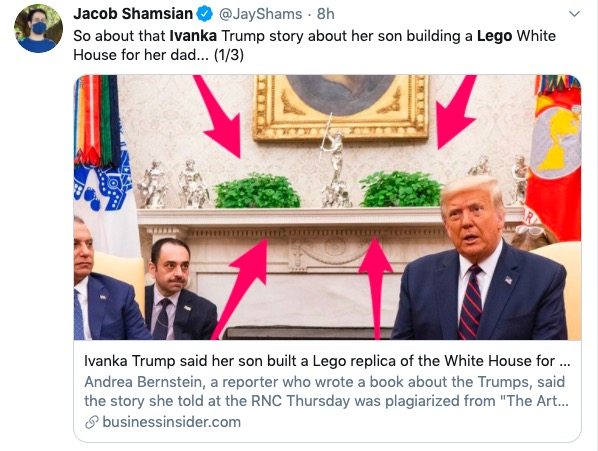 Ivanka fired back this morning posting a tweet of the photo of Joseph with President Trump sitting at the Resolute with the Lego model of the White House.

Carolina Hurley, the Special Assistant to the President also tweeted out a couple of photos of the Lego model.

I absolutely cannot believe that reporters are really trying to cast doubt on the validity of a 6 year old’s gift to his grandfather.

Bernstein isn’t backing down, however. Her thread says that she asked the White House if Joseph, who would have been 3 years old at the time, built it without any assistance.

She asked the White House about a Lego model built by a 3-year old as a gift for his Grandpa?

Can you imagine being a White House comms staffer and getting this phone call?

Who cares if he had help? I kind of hope that he did. My husband and I always had fun helping our kids build things with Lego. It’s a great way to spend some family time.

But, what was really gross is that Bernstein took the opportunity to plug her book.

Ivanka Trump has tweeted a photo of her son, Joseph, with his grandfather at the Resolute Desk with the Lego White House. I've asked the White House if 3-year old Joseph indeed built it of his own initiative, and if he had assistance.

I mean, there’s clearly someone that needs help, but it sure as heck ain’t Joseph.

But hey, since we’re talking Lego…here’s a meme that would make Bernstein’s head explode.