Let’s see if the press calls that ‘evidence of Biden’s racism’ with the same enthusiasm they tried to call it evidence of Trump’s bigotry in the last Presidential election cycle.

On the first day of Biden’s presidential run, he released a campaign video falsely characterizing Trump as supporting neo-nazis in Charlottesville.

In reality, he explicitly condemned them less than 60 seconds after the clip they love to cherry-pick and everyone knows it. They don’t care about the facts, so long as they can dupe some of the rest of us.

They are employing the ‘big lie’ template of propaganda.

Which is fitting, considering the fact that they just ‘scored’ the support of Richard Spencer.

Who is Spencer? He’s basically the Louis Farrakhan of the white supremacist movement.

Richard Spencer is an unapologetic neo-Nazi. He’s frequently seen giving Nazi salutes, quoting Nazi propaganda, and making openly anti-Semitic statements. He thinks Haitians should be re-enslaved and that racial minorities should be removed from America. Not surprisingly, his wife has accused him of verbal and physical abuse. He is a terrible human being.

Spencer organized and was a featured speaker in at an August 2017 rally in Charlottesville, Virginia. That fact brings us to the…

Spencer was in Charlottesville in August 2017 for a Unite the Right rally that saw neo-Nazis parading through the streets shouting anti-black and anti-Semitic slogans. The reason that the neo-Nazis descended on Charlottesville was that the town was contemplating pulling down a famous statue of Robert E. Lee. —American Thinker 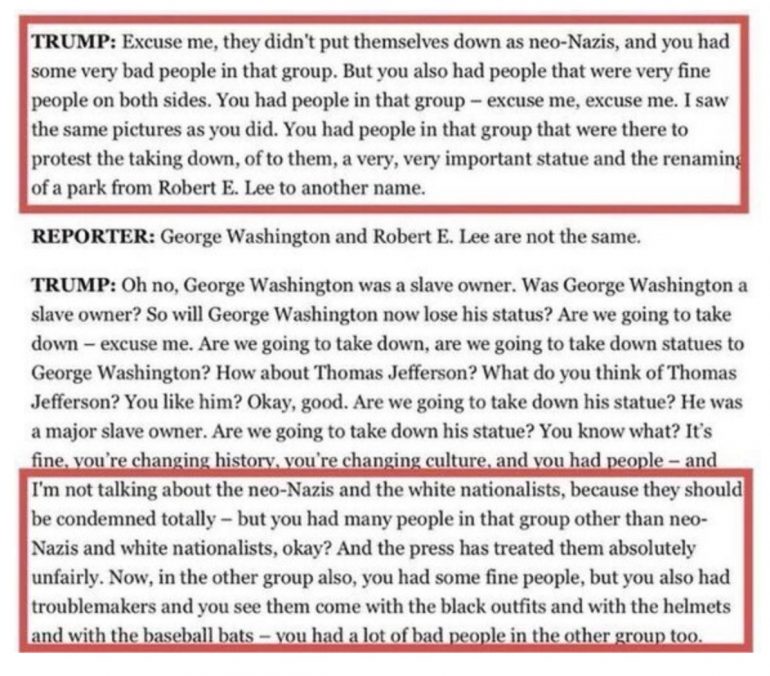 This is the same Richard Spencer who CNN triumphantly invited onto Jake Tappers’ show so that he could denounce Trump to other white supremacists for, what? Failing to be racist enough?

We remind you that this is the very same network that once claimed that Kellyanne Conway was ‘beneath the dignity’ of the network.

Keep in mind @DonLemon said it was "beneath the dignity of this network” to interview Kellyanne Conway. "I feel like having someone on like that is giving them a platform that they have not earned.”

Spencer dislikes Jewish people just as badly as Farrakhan does — and he isn’t embarrassed to say so.

Hey CNN: Does This Damning Richard Spencer Audio Make You Regret Inviting Him To Trash Trump On Tapper?