After a Democrat Convention long on invective and short on substance, Trump is taking a page from his 2016 win and laying out exactly what he has in mind going forward.

What, exactly, does that include?

When he put forward that list of judges in the last cycle, it went a long way to lending confidence to him representing real conservative values, and not a Romney RINO set of ‘values’. He’s doing something simliar here.

With our roaring economy being kneecapped by the Chinavirus and some Chicken Little Governors, it shouldn’t surprise anyone that those two issues are front and center.

He expects what he’s describing as a ‘super-V’ shaped recovery in the coming year, and getting our arms around COVID will help achieve that.

There’s only so much a President can do within the scope of his Article II authority, (unlike Biden who claims he would ‘shut down the country’ without the least concern for what part of the Constitution even suggests he has anything remotely like that power). 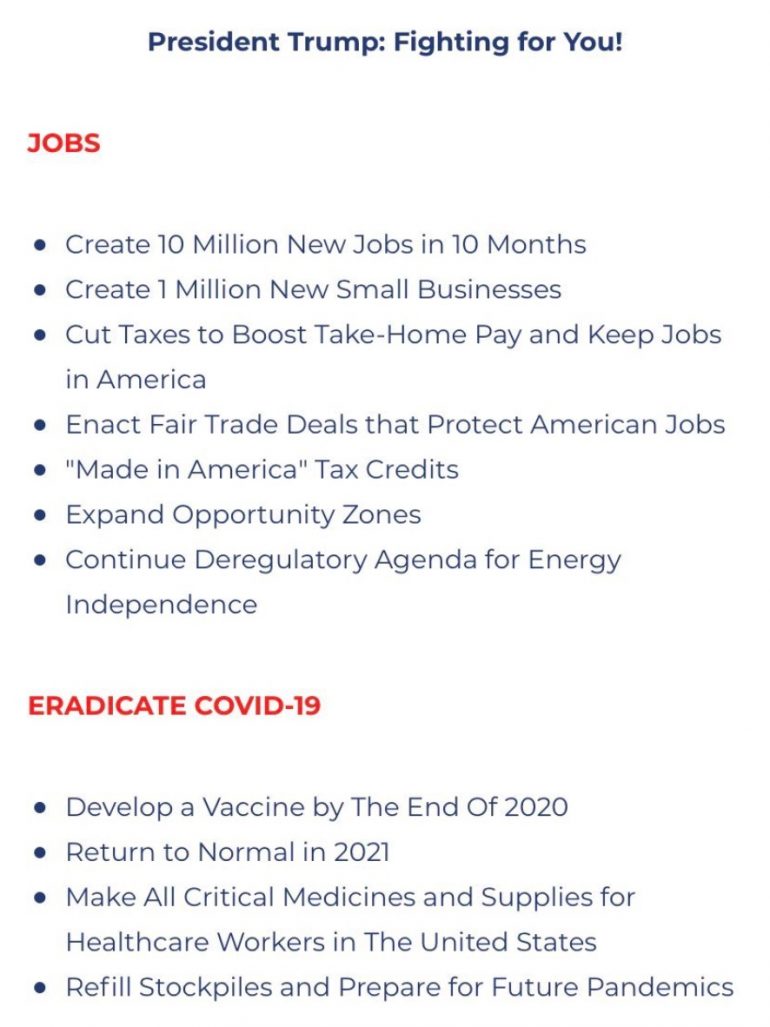 Remember that magic wand that Obama claimed Trump didn’t have to bring back manufacturing? Abacadabra was the reply.

Well, get ready for Episode 2.

That giant sucking sound China will hear is jobs heading East across the Atlantic as American companies repatriate their manufacturing base. 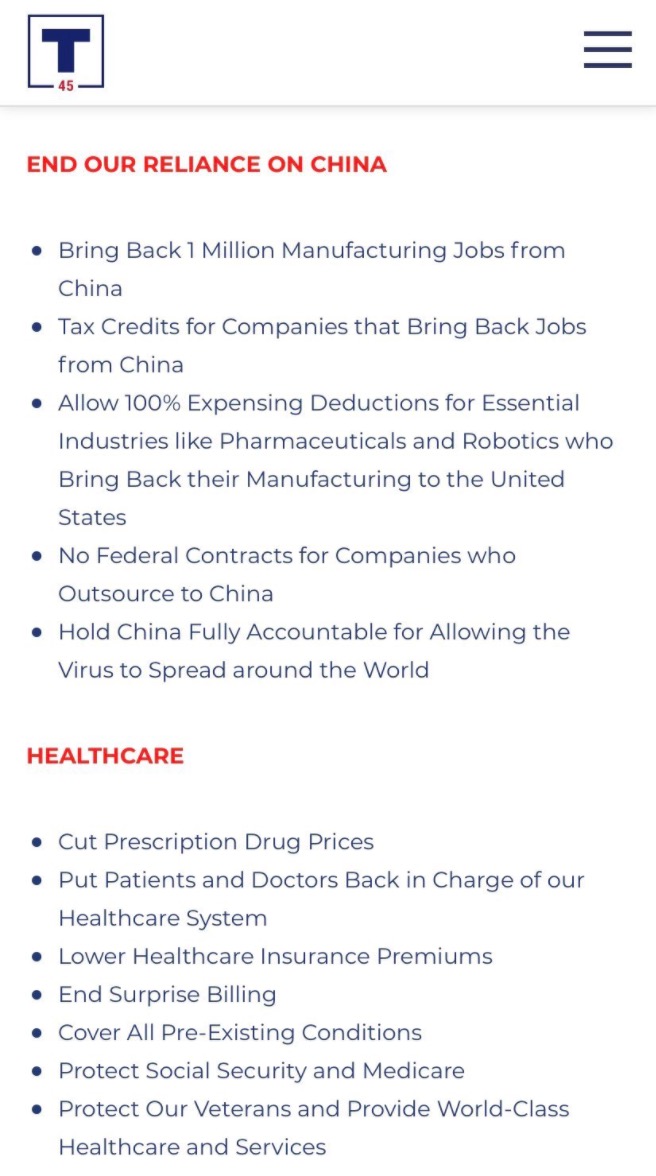 What about the borders and Immigration?

He’s making a stark difference between his agenda and the Democrats’ agenda on that front as well.

Not only has he been racking up the miles on building an effective border wall to help CBP catch border-jumpers, smugglers, and child traffickers but he’s taking it further.

He’s turning attention to illegals sucking the taxpayer dry, to violent illegals busted for gang activity, to human trafficking, and …

In place of those wasteful programs, he has a plan for some new visons. 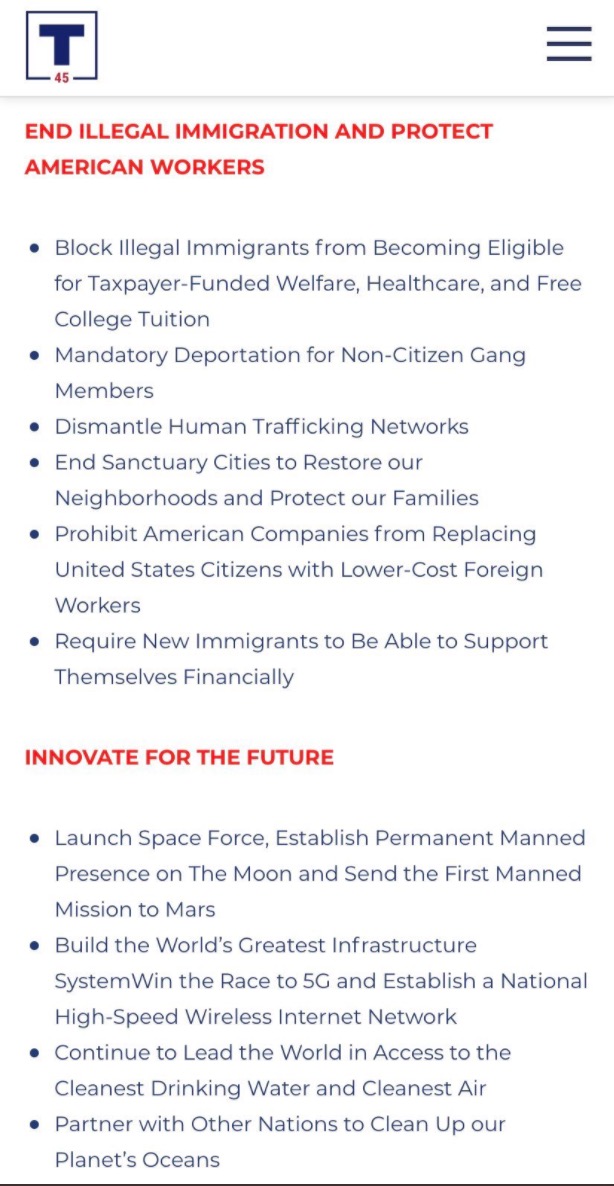 He has been (correctly) framing School Choice as a civil rights issue. Kids of every background deserve to choose the school that best meets their needs.

He’s planning on removing the venom anti-Americanism that has been poisoning generations with animosity against America.

And then there’s the draining of the swamp… 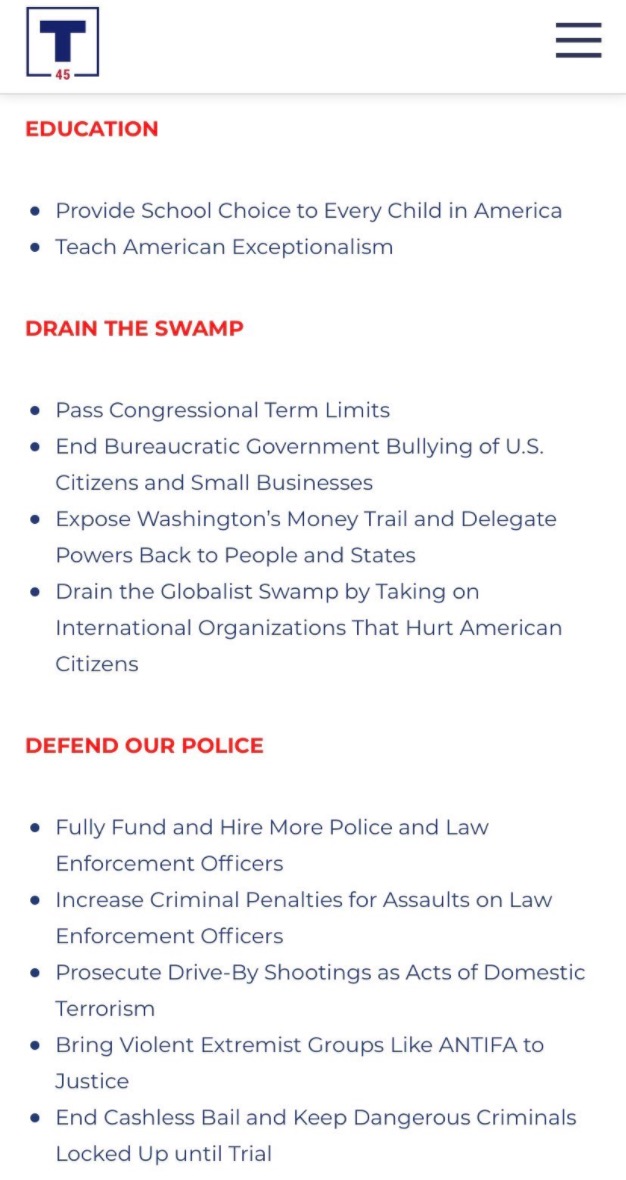 Live footage of career-politicians in Congress on hearing his intent of passing term limits:

What do you think of his plan going forward?

How happy are you with his plan?