There can be no question that this is is the most biased election coverage in U.S. history.

We have a national media inflicted with Trump Derangement Syndrome™ who don’t even allow the pretense of fairness anymore. Hell, they’re gaslighting in real-time that there are no leftwing media organizations while they kiss Biden’s backside insanely praising him as being simultaneously moderate and progressive. But it’s Fox News that is the problem.

The Media Research Center conducted a study of the “Big Three” media coverage of President Trump and his Democratic challenger, Joe Biden, for the month of July and found that it was astoundingly negative towards the President.

From June 1 through July 31, the ABC, CBS and NBC evening newscasts focused 512 minutes of airtime on the President, or nine times more than the 58 minutes allotted to Biden. (This excludes coverage of the Trump administration in general when not associated with the President himself.) This is an even wider gap than the spring, when Trump received seven times more coverage than Biden (523 minutes vs. 75 minutes).

The extra airtime devoted to Trump consisted almost entirely of anchors and reporters criticizing the President. During these two months, our analysts documented 668 evaluative statements about the President, 95 percent of which (634) were negative, vs. a mere five percent (34) that were positive. Using the same methodology (fully described at the end of this article), we found very few evaluative statements about Joe Biden — just a dozen, two-thirds of which (67%) were positive.

Do the math, and viewers heard 150 TIMES more negative comments about Trump than Biden. That’s not news reporting — that’s a negative advertising campaign in action.

Gee, no wonder Biden is up in the polls! He’s hiding in his basement so he won’t put his foot in his mouth, and the Media(D) is covering for him. What a great deal for Biden! He literally has to do nothing.

The Democrats have put forward a sad, knock-off version of one of Jeff Dunham’s dummies as their nominee for President, the Media(D) is covering for him. 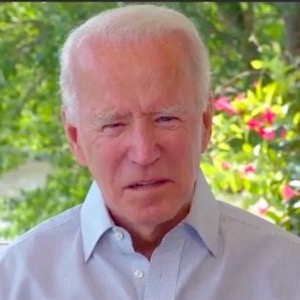 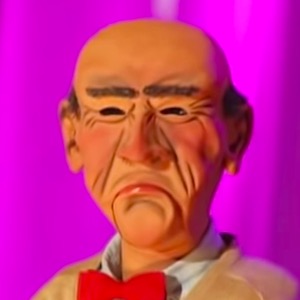 Actually, that’s not fair to Walter…at least he’s pretty quick with a comeback.

The Democrats would be far better off with Walter. As an added bonus, they’d at least be honest that their nominee is a block of wood and not actually thinking or speaking for himself.