Democrats keep telling Americans that there are no risks to large-scale voting by mail. Really? Then what the hell is happening in New York?

The New York Post reported that absentee ballots sent out to voters in Queens were labeled “for military use only” even if the recipient had never served in the military. The issue could have simply been cleared up if they had used a forward slash on the envelope ie. “Official Absentee/Military ballot” since the same ballot is used for both absentee and military absentee voting.

Voters in New York City have received mail-in ballots for the 2020 presidential election marked for military use despite never having served in the armed forces — causing confusion and concerns over whether the ballots can or should be used.

The misprint makes it appear that the voters received a “Official Military Absentee Ballot” instead of a “Military/Absentee Ballot,” leaving several borough residents who received the documents — including two Post journalists — worried that their votes might not be properly tallied.

“I believe that’s just the tip of the iceberg,” said City Councilman Jimmy Van Bramer, referring to the constituents in his Sunnyside district who have reached out to him about receiving the ballots. “It appears that everyone has gotten this particular ballot.”

Experts from both sides of the political aisle said the typo ultimately wouldn’t matter because the city Board of Elections uses the same ballots for both military voters and traditional absentee voters who live in the same district.

That seems like a minor problem, but it’s not the only problem.

Some voters despite requesting absentee ballots weeks ago still haven’t received them.

But that’s still not the biggest problem.

The Gothamist is reporting that voters in Brooklyn are receiving ballots that have a much worse problem — the name and address on the return envelope were both wrong, which would make the ballot inside that return envelope void.

It’s being called a “vendor error” but it’s a helluva thing to happen with just a little over a month to go before E-Day and a pandemic raging forcing those at high risk and the hyperventilating fearful sheeple who don’t realize that they are at low risk to vote by mail.

The New York City Board of Elections has mailed out nearly half a million absentee ballots ahead of Election Day this November, as many New Yorkers are opting to vote by mail during the pandemic. Yet some voters are already reporting problems with their ballots that could invalidate someone’s vote if they aren’t caught in time.

Multiple voters in Brooklyn told Gothamist / WNYC that they have received a mislabeled “official absentee ballot envelope.” Normally, the voter inserts their completed ballot into the envelope and signs the outside. But in these cases, their ballot envelopes bear the wrong name and address. If a person signs their own name to this faulty ballot envelope, the ballot would be voided.

Well, I was going to tweet about how the ballot that I just received is so poorly designed they must not want you to actually vote, but then I noticed that @BOENYC sent me someone else's ballot. What am I supposed to do now? (Actual question)

also if you are alexander d green and this is how we’re supposed to meet bc we’re soul mates, my DM’s are open

Called the BOE, they’re sending a replacement ballot, but, uh, had me in their system with the wrong birthdate. (It’s always been fine before!)

?Today, I received a DM from a neighbor that I haven’t met before, and I am completely aghast. He told me that his wife received my absentee ballot, which had me so confused…because I just received my ballot in the mail. How could he have my ballot when mine just arrived?? 1/ pic.twitter.com/c504c4BDE1

So let’s recap—my neighbor’s wife has my absentee ballot; he has his wife’s ballot; and his is missing, along with @ahujie’s. These neighbors also shared that they are immigrants & are very excited to vote in their first presidential election as citizens. ?

My partner and I are in Prospect Heights and we both received ballots with inner envelopes that are addressed to completely different people at a different address.

Also, the ballot says Absentee Military Ballot — I am not military! And my wife and daughter have exactly the same situation with their absentee ballots.

I also received the envelope with someone else's name from a few blocks away! What do you suggest we do @BOENYC ??

Received my ballot yesterday. The privacy envelope has a return address for a completely different voter, someone on an adjacent street. Also voter's address has the street number & street name, but just has the apt number stuck on the end. Does @BOENYC even care about accuracy?

My lovely neighbor who I've never met just dropped off my ballot to me by hand since the outside envelope was addressed to him. This election is too important for this nonsense. Please get your shit together.

And don’t forget to check to make sure you received YOUR OWN absentee ballot. MULTIPLE people in my building recieved other people’s ballots! Unacceptable!!

Wrong name on 2 of 3 ballots send to our house. How will you remedy this incompetence?

Got my absentee ballot today with the wrong name and address on the inside envelope that I would sign.

I also received someone else OFFICIAL ABSENTEE BALLOT ENVELOPE. Which means someone has MY envelope and will vote instead of me.

I also received ballots with the wrong name on it. Please advise what to do

My roommate and I got our absentee ballots but neither one had the correct person on the inner envelope. I had my roommate and they had someone who lives down the block from us.

I received my ballot today, and the ballot envelope had someone else's name, address and election district on it. I'm not sure how to fix this.

I got an incorrect ballot too. Contacted the person that the ballot belongs to, she got someone else’s

The complaints keep piling on and then…

THIS HAPPENED TO ME. YOUR PHONE NUMBER IS OUT OF SERVICE!!!!!!!!

Why would they want to actually take some responsibility for this truly exceptional failure?

NYC Board of Elections is trying to get info out, but… the problem seems to be massive.

This happened to me, most disappointing. DM'd but would rather just go vote early in person. This feels too much like a setup to make sure my vote is not counted. There better be a full investigation and some very serious consequences.

This happened to me.

I just received someone else's ballot, as did a concerning number of people in my area of Brooklyn. I sent an email and hope you will take immediate steps to rectify this.

Agree, you MUST resend them all. EVERYONE in Brooklyn I know have received wrong ballots, including my district AD53. You have to recall those and automatically resend new ones ASAP. @BOENYC @NYGovCuomo -DL AD53

It would be really helpful to include what sort of information you need to send over email to make processing faster and feel more reliable, particularly since emails weren't involved in even the online ballot request process.

Jay is not wrong.

It looks like they’re doing the same bang-up job with the election that they did with the coronavirus. 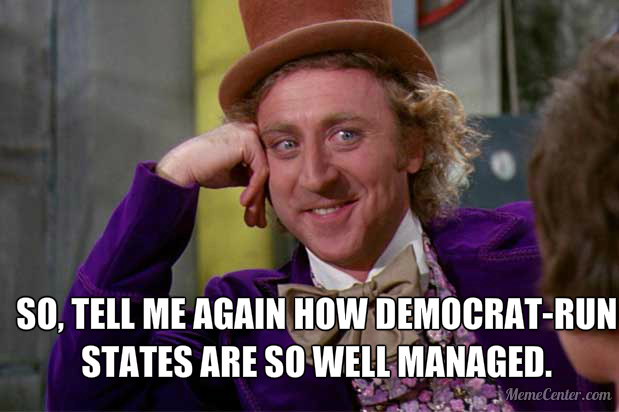