“The principles of true art is not to portray, but to evoke.” – Jerzy Kosinski

If you surround yourself with excellence and inspiration, it’s that much harder to live a mediocre life.

Art built around such excellence cannot help but spark your imagination and whets your appetite for ‘something more’. It stands as a silent challenge to step up.

How much more so when the excellence and inspiration you’re pointing to are the titans (and giant-slayers!) of Scripture?

Long before King David sat on his royal throne, he was already leaning into his destiny.

He trusted God and took action.

Having already tested his skills against a lion and a bear, he knew he had what it took to stand against Goliath.

In a generation that works so hard to tell us that men of courage and strength belong in a bygone era, that mediocrity should be celebrated, and that everyone should get a participation prize … push back.

Provide yourself, your kids, or grandkids a daily reminder that there is still room for heroes to be celebrated in this world.

That milquetoast mediocrity is not the only path in front of them.

That, no matter how obscure their origin stories, they, like David, can step up and be something beyond what anyone ever expected of them. 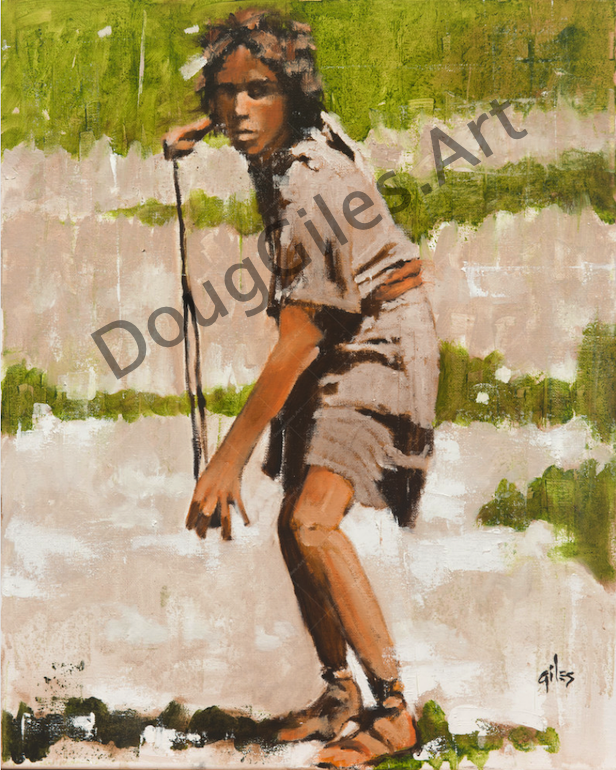 Get your own copy here, in a variety of sizes and styles, starting from about $34.