Where other people offered platitudes and warm wishes for the advancement of peace, Trump has delivered actual movement toward that final goal.

You can add one more data point in favor of that Peace Prize Trump was just nominated for. We’ve just crossed a big milestone in Saudi-Israeli relations.

Few people took much notice when Trump first sent his son-in-law to oversee Middle East peace talks back in 2017:

The president wants to set an ambitious agenda for the talks, including the Israeli-Palestinian conflict, efforts to combat extremism, and addressing the humanitarian crisis in Gaza, the official said.

Trump has said he is hopeful his son-in-law can help restart a peace process that has made little headway over the past 25 years. He made addressing the Israeli-Palestinian conflict an early priority, hosting leaders from both sides at the White House during the opening months of his presidency and visiting Israel during his first international trip as president. —NewsMax

If anything, Trump’s choice was ridiculed by the pointy headed experts that know so much better than the rest of us. Here’s just one example from “The Nation”, 2017 that aged like milk: 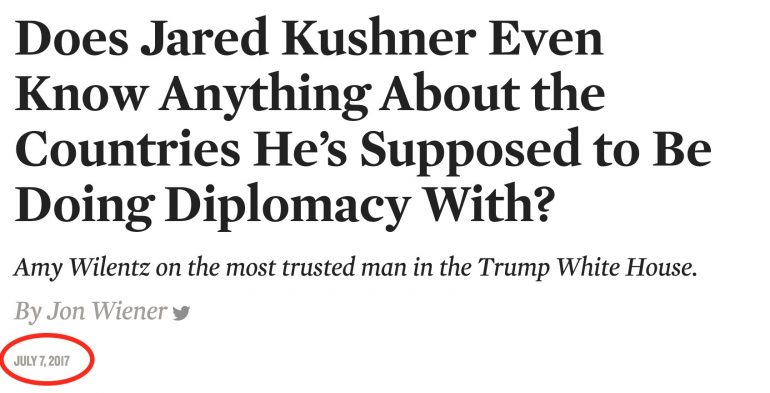 But we’re now seeing the real results of that appointment.

First, there was a tentative deal between Israel and Palestinian leaders. It remains to be seen whether that one will ‘stick’.

Besides that, we’ve got the historic deal between Israel and UAE, not to mention the remarkable breakthrough in relations between Serbia and Kosovo that Richard Grenell was helping to facilitate.

Here is Grenell giving the media a well-deserved flogging for being obscenely disinterested in that peace deal.

Ric Grenell eviscerated the media today and it was so deserved. He may be the President’s best personnel decision. Thank you for speaking for the people and exposing the awful activists posing as journalists @RichardGrenell! pic.twitter.com/X8AQJHfss5

Now, as a consequence of the deal between Israel and UAE, there’s been some thawing in Saudi-Israeli relations, among others.

This map will help give proper context for the quote that follows: 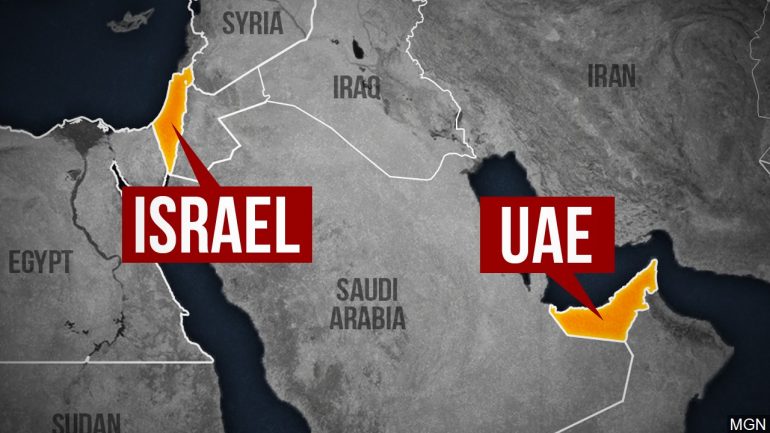 Saudi Arabia and Bahrain will allow all flights to and from Israel to use their airspace in a significant change of policy, senior White House adviser Jared Kushner said Wednesday.

The two Gulf countries agreed last week to open their skies to Israeli flights to the United Arab Emirates following the announcement of the normalization deal between Jerusalem and Abu Dhabi.

However, Kushner told reporters, in a briefing ahead of a planned White House signing of the deal next week, that this would now include any and all Israeli flights to and from the East.

“They agreed to open their airspace not just to flights from Israel to the United Arab Emirates and back, but to all eastward travel,” Kushner said. “So when people make requests, they’ll grant those requests. That will save people a lot of time. That knocks down a barrier that’s been up for 72 years.”

Israeli airlines had been at a significant disadvantage in the past, being forced to take a detour of several hours skirting the Gulf and Iran on flights to the Far East. Saudi Arabia last year allowed Air India flights to Israel to use their airspace, but not El Al flights on the same route.

Allowing the use of Saudi and Bahraini airspace makes direct flights between Tel Aviv and the Emirates viable by cutting flying time from some seven hours to only three and a half hours. —TimesOfIsrael

Where Obama left the Middle East in flames, and still somehow managed to parlay that into a Nobel Peace Prize, Trump is actually bringing hostile parties to the negotiation table.

It’s almost as though having someone who spent his entire life doing high-stakes negotiations might actually have something to offer in these situations that our usual options of professional politicians, military brass, pencil-pushers, community organizers, or professional agitators might not.