The world will never know how many ‘good’ plans failed because they were simply too complex to put into effect.

This plan is different. It has just two steps, and they aren’t even that hard to do.

Done correctly, it just might head off an elaborate and organized attempt by some powerful players to shoehorn Biden into the Oval Office even if he doesn’t win the election itself.

But we’re not about to take something like that on the chin, are we?

We have the will to fight back against such subversive attempts. But that’s only half the fight.

Having a will to fight won’t get you very far unless you have an effective plan of action. And it looks like Dan Bongino has come up with one.

At this point in the video, he has just described what the Left has openly acknowledged planning to do in leveraging political power in the November elections — even in the event of a Democrat loss. (Watch the earlier parts of the video if you want to see how he built the case for that claim.)

Bongino takes some time to briefly recap what he’s been talking about here.

The Democrat strategy includes ‘negotiating’ for more power even if the Republicans win the election. He goes straight to the source, citing material from ‘Transition Integrity Partners’ & ‘Defeat Disinfo’. Stanley McChrystal is a key player in their plan. (Watch the show from the beginning if you aren’t familiar with the details.)

The first article that explained The Coup: 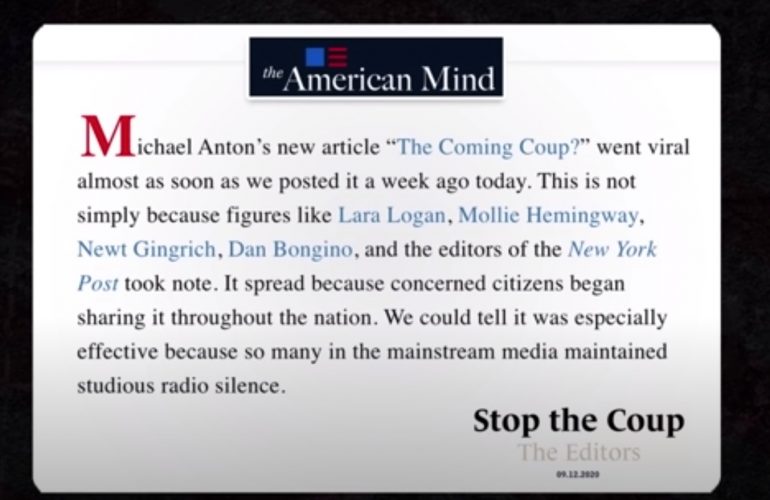 And the second article that gave some details on what we can do: 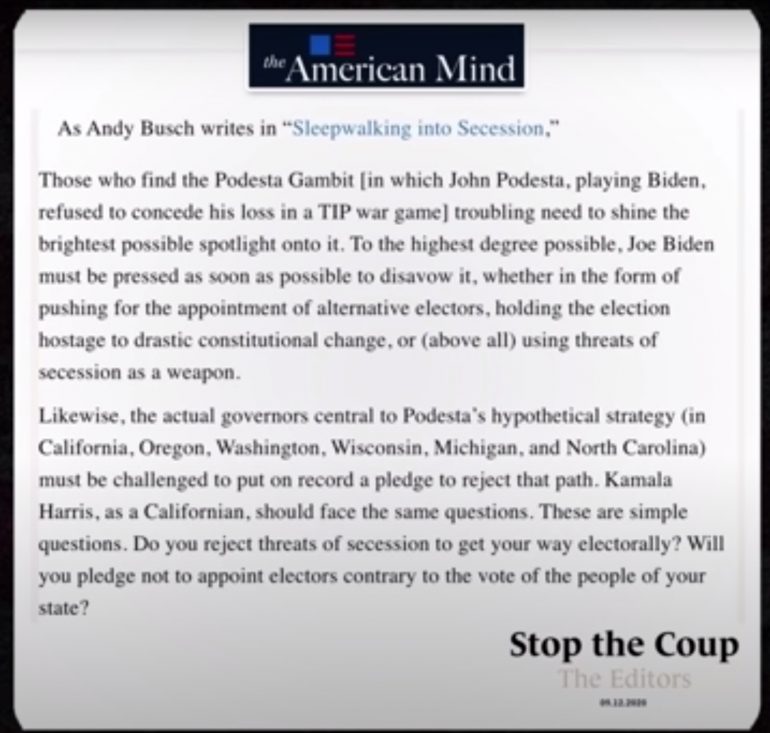 The proactive response comes down to two action points.

1) Get every right-of-center outlet you can find to put these Leftist on the record BEFORE THE ELECTION (because afterward will be too late) committing to renounce:

2) Get everyone (Democrats especially) on record: will you pledge not to appoint electors contrary to the vote of the people of your state?

Email all of your local and federal officials on those points.

If we get out ahead of this before the election, they can’t spring it on us in the Chaos that is likely to follow.