With the passing of Ruth Bader Ginsburg, there is now an even number of Supreme Court Justices. Such a deadlock will almost certainly trigger a Constitutional crisis if election results get kicked up to the SCOTUS.

With Hillary clamoring that Biden should not concede ‘under any circumstances’, Podesta wargaming the result into States seceding and the possibility of a second Civil War, and the unfolding of a novel experiment at the national level where mail-in ballots are sent out en masse despite all the red flags associated with the failures of that system during the Primary.

Cities are already burning over less contentious issues that this. Can you even begin to imagine the chaos that could ensue if SCOTUS handed down a 4-4 deadlocked decision over a contested election issue? It would be inflammatory in the most peaceful of circumstances.

With tensions already boiling high it could lead to some catastrophic scenarios.

But since they are more interested in grasping power than they are the overall best interests of the nation, the Left has already started to set up the fight to keep Trump from nominating anyone to break that deadlock.

That includes the obvious players like Schumer, who, in response to the announcement of RBG’s passing repeated word-for-word what McConnel had said when he made the decision to block Obama’s appointment of Merrick Garland. 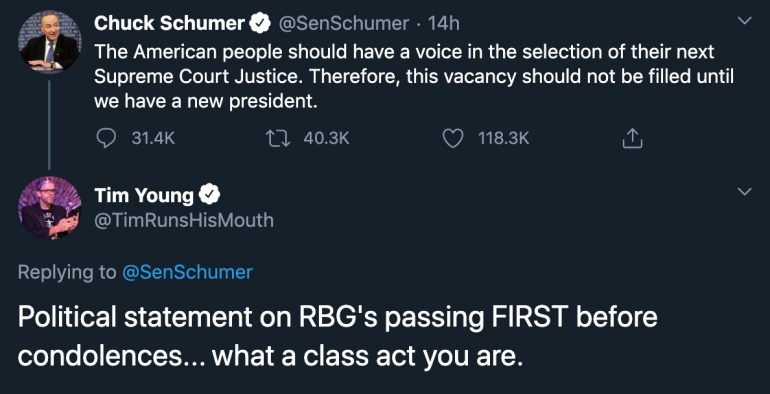 It also includes useful idiots like NeverTrumpers from the pseudo-conservative rag ‘The Bulwark’, who were slapped into orbit by @redsteeze. 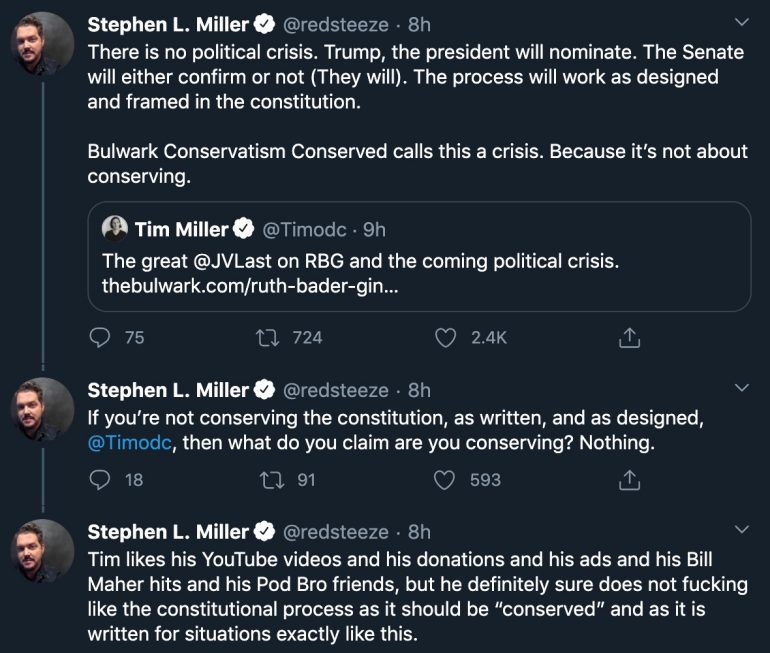 It’s all about power. It always was:

Whether it's abolishing the EC, or packing the courts, the US system of govt must be reconfigured to whichever way ensures Democrats are in control. https://t.co/pplrfoEW43

Schumer may have an awfully short memory, but the internet doesn’t. From the Scalia vacancy: 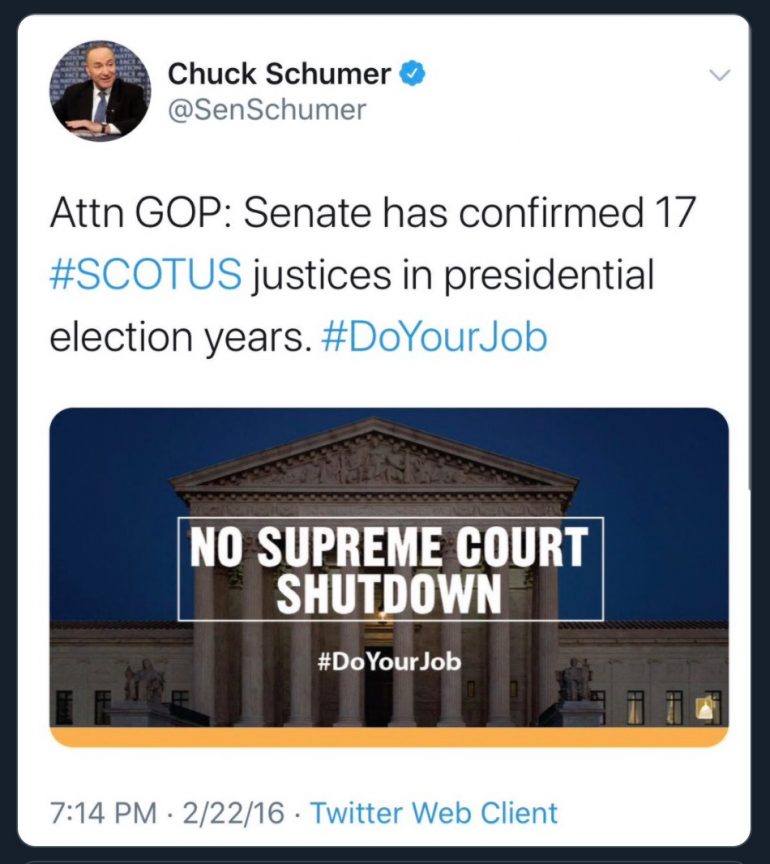 McConnel has been asked (earlier this year) about precisely this scenario. He was on record back then that he would proceed with the Senate’s role of advise and consent, in exactly the same way you would expect in an alternate universe where it was Hillary and Schumer calling the shots 40-some-odd days before an election.

Of course they would press that political advantage.

And if Schumer were leading the Senate instead of McConnel during a Trump presidency? Of course he would block Trump’s nomination.

In Obama’s words, ‘Elections have consequences’. Let’s not clutch our pearls when elected officials use their powers to accomplish political ends in line with their own aims. The Founders created checks-and-balances and antagonistic systems for exactly this reason.

Trump, naturally, is going to be putting a name forward. (And Democrats have only themselves to blame for it.) 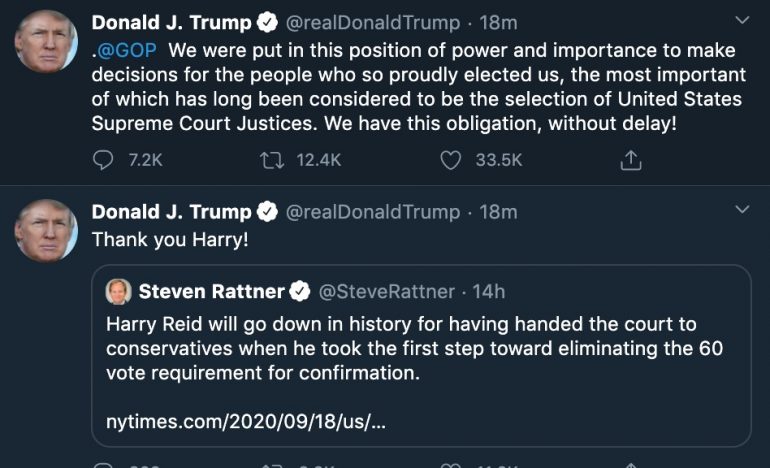 The only remaining question is… can anyone reasonably expect that a nominee can be confirmed in the amount of time remaining?

One Twitter user did us all the favor of answering that question so succinctly that even employees of The Bulwark could understand it. 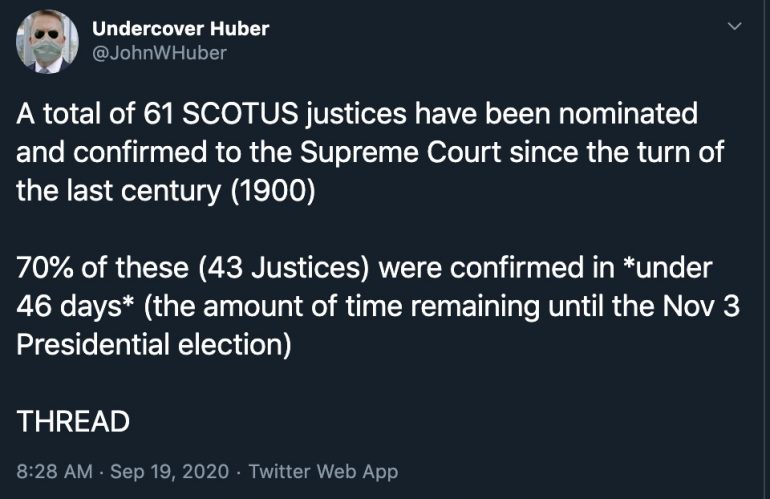 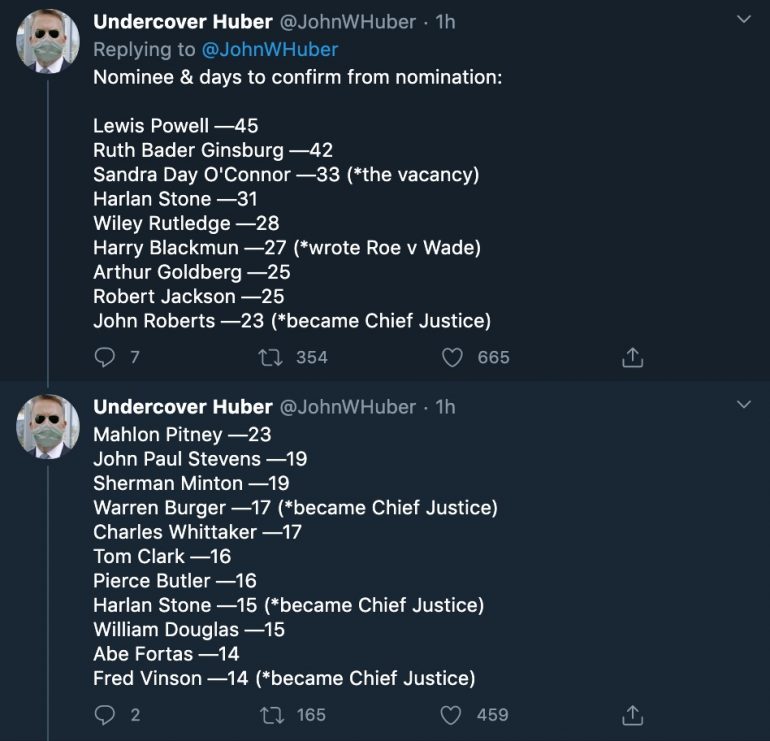 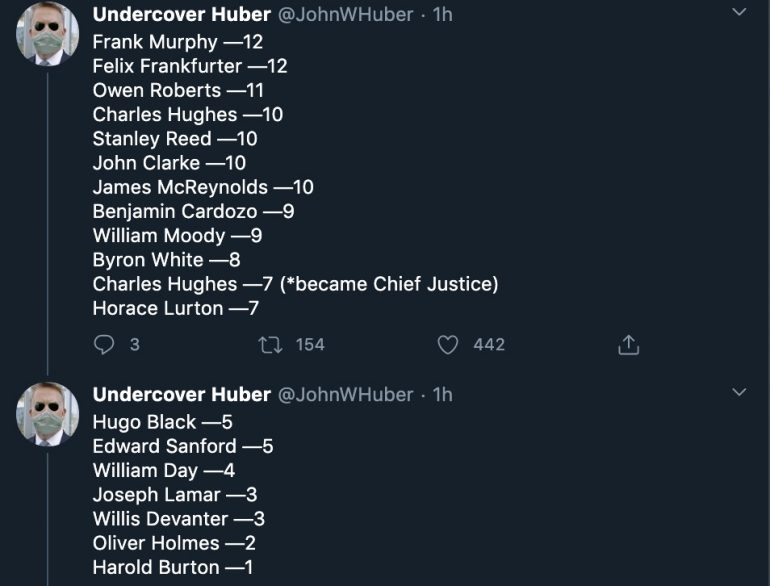 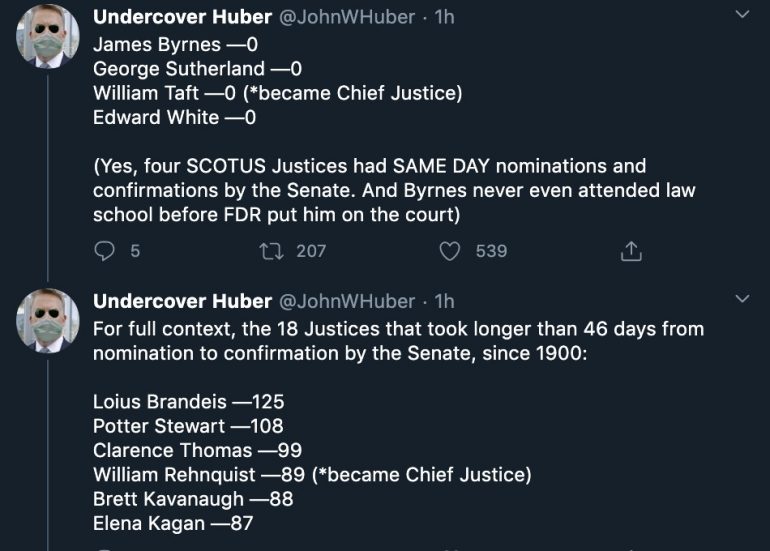 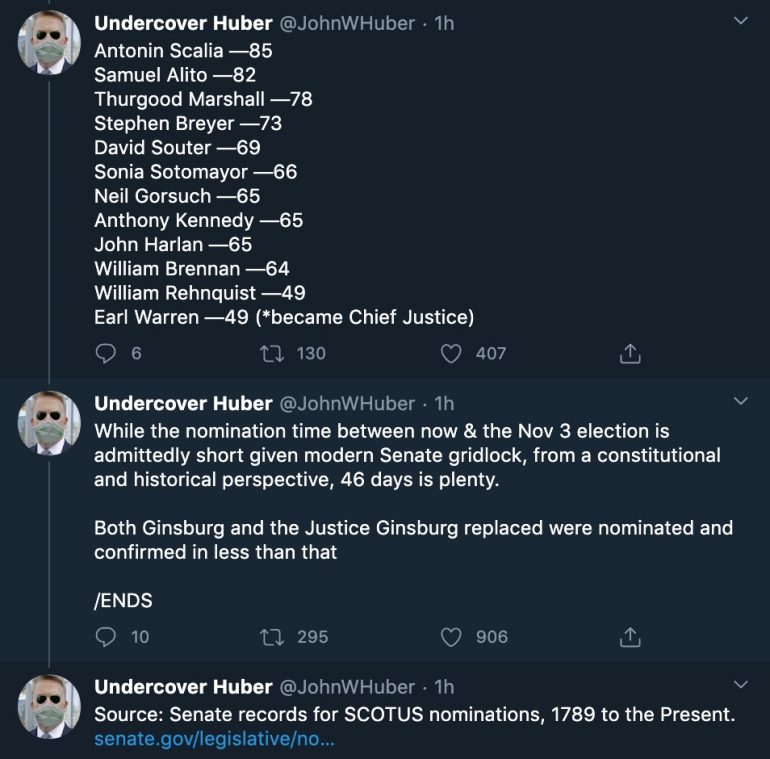 Will facts be enough to calm Democrats down?

But we play the hand we’re dealt.

Another Bill Targeting Americans: According To US Government Documents, Most Americans Are “Domestic Terrorists”
January 26th, 2021 Sons of Liberty Media