You’ve seen Bikers for Trump, the Trump boat parades, and the socially-distanced truck parades, but you’ve probably never seen support for the President quite like this…

Speaking of Bikers for Trump, it seems that this entire event was organized by them. They organize all sorts of rallies and parades across the country.

The parade, organized by Bikers for Trump, kicked off at 10 a.m. in support of the reelection of President Donald Trump. A second parade featuring tractors, buggies, motorcycles and trucks will kick off at the same time and location on Sept. 26.

Chris Cox, founder of Bikers for Trump, posted live video updates on the group’s Facebook page. Bikers for Trump, which was established in the summer of 2015, is a political group that supports Trump’s agenda and upholding American liberties, according to its website. Bikers for Trump does parades and rallies across the country.
Source: Wooster Daily Record

The link to the Wooster Daily Record has been changed. Perhaps it had something to do with the headline that they originally posted.

Here’s a Google search result with both articles. The headline was changed from “Parade energizes Amish, Mennonite community to show support for Trump” to “Buggies for Trump.”

What could have possibly motivated that change? Was it the positive tilt to the story?

The carriages and horses were decorated and they were proudly waving Trump 2020 flags.

The parade went into town and there were around 500 people there showing their support. 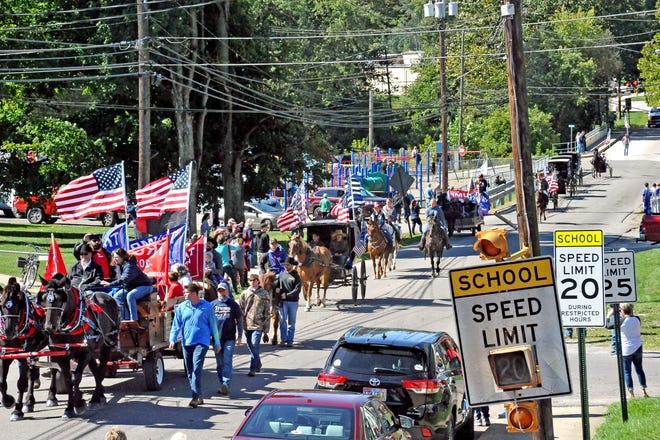 Every one, from every walk of life, is ready for #FourMoreYears of President @realDonaldTrump!

President Trump has kept his promises and delivered for ALL Americans!#PromisesMadePromisesKept pic.twitter.com/NQ4bRz3cVz

Check out this unity!

It was quite incredible to see the Bikers for Trump alongside the Amish and Mennonites all supporting our President. 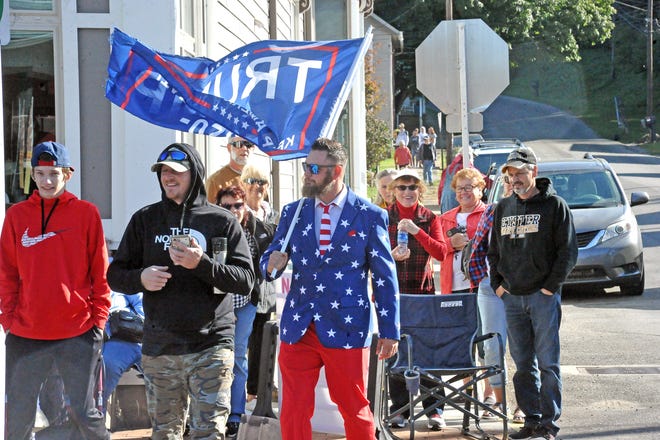 Back in December 2019, President Trump held a historic meeting with Amish businessmen in the Oval Office. They discussed the upcoming holiday, business, and faith. They also met with Vice President Pence and then-Chief of Staff, Mick Mulvaney.

After the meeting, several of the men met with the press. Brothers Eli and Ben Hostetler were both in attendance. They said that although they don’t harbor any illusions that the President is an overtly religious man, they do believe that he shares the same Christian ethos and was moving the country in the right direction.

They respect that President Trump is a man of his word–“Promises made, promises kept”–and that character trait along with his work ethic are attributes that are shared and respected by the quiet Christian sect.

They said Mr. Trump’s businessman ways, something to which they could relate, was what the country had long needed in the White House. It is the same sentiment expressed by many of the voters who backed Mr. Trump in 2016.

“From a business standpoint, he’s doing a wonderful job. That’s what we’ve needed for how many years. How long did the United States need a businessman in there to run the country, to get it going in the direction that we are taking now?” said Eli Hostetler, 60, a grain farmer and chicken grower.

It truly says something that the Amish and Mennonite communities who normally keep to themselves are out there openly supporting President Trump.

When you lock up the Crow Nation AND Amish endorsements in the same election cycle, that means people who want to be apolitical CAN’T be anymore.

They see what WE see! pic.twitter.com/A4CcCyxNMX

While this isn’t a huge voting bloc for President Trump, it does say something about the widespread support that he has across vast swaths of very different Americans.

It looks like President Trump is a “unity” candidate after all.