Keeping up with the tornado of new information in the Hunter scandal is exhausting. If only there were a list of bullet points to simplfy it. Hunter couldn’t possibly have done that for us, could he?

If only it were this easy: 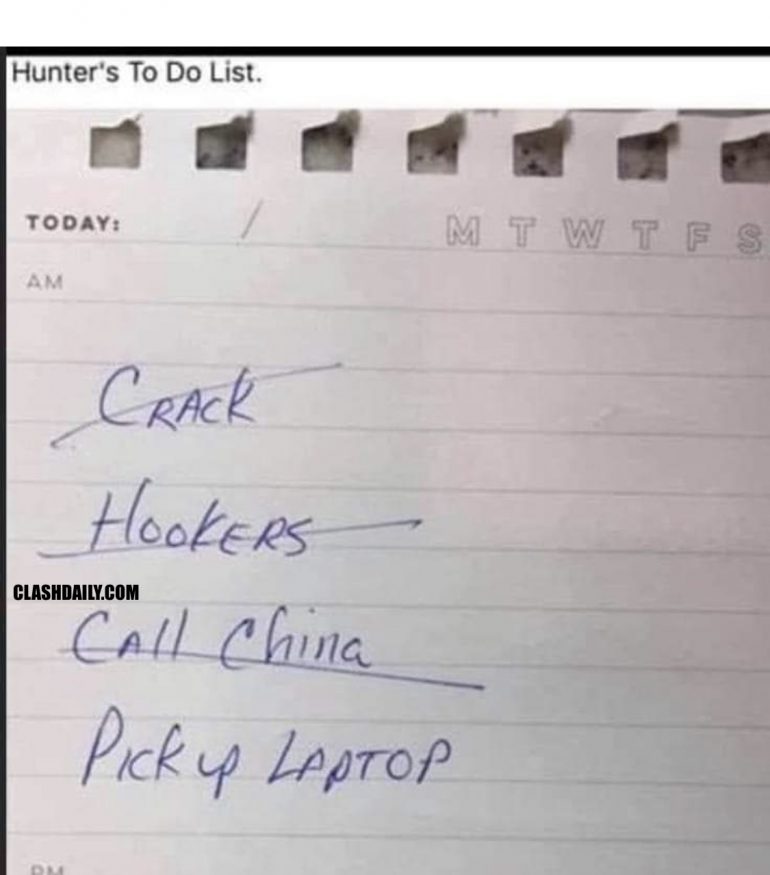 Nope. He didn’t do anything quite that blatant. But it was still pretty close.

He abandoned that water-damaged laptop, just before his father’s run for president. (Does anyone really believe that WASN’T an attempt to get rid of some inconvenient evidence?)

And pulling THAT loose thread led us to some other interesting information.

Like Tony B, the guy CC’d on the email who explicitly names Joe Biden, Hunter Biden and Joe’s brother as the individuals named in that email. BOMBSHELL: Hunter’s Former Business Partner Claims He Was Recipient Of China Deal Email — Confirms Joe Is The ‘Big Guy’

BREAKING: The FBI has asked Tony Bobulinski for an interview this morning 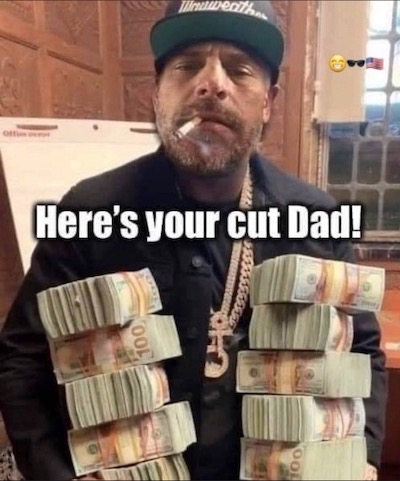 3. If any of this were untrue, the Bidens would say so.

But we do have evidence that Hunter was willing to work with China for pretty much anything they wanted, so long as it wasn’t military R&D.

So, the country was LITERALLY for sale.

That gives us some much-need needed context for this story:

And it wasn’t just Hunter.

Joe has some ‘splaining to do, too.

CLAIM: China Played Biden And Obama ‘Like A Stradivarius’

If we had an honest media, they’d be all over this like flies on $#^!.

Unfortunately, we have a complicit media. Levin calls them the ‘Praetorian Guard’ for good reason.