Can the people who are constantly wringing their hands over “undocumented immigrants” really be this dumb?! YES, THEY CAN!

During the debate, moderator Kristen Welker asked President Trump about the illegal immigrant children that have been separated from their parents at the border. President Trump answered that many children are smuggled across the border by human smugglers known as coyotes.

The Obama administration held more children in facilities (Can we use “cages” as a pejorative here?) than the Trump administration.

This was partly because of the Obama administration’s policy of giving “immunity from prosecution” if someone crossed the border illegally with a child.

Sometimes, people caught crossing the border with children aren’t related to them. In some cases, they’re abusers.

Quick fact-check on Biden here — he used a report from NPR about a lawsuit between the ACLU and the DOJ regarding the status of undocumented children that have not been reunited with their families. The claim is that “the parents of 545 children still can’t be found,” but that’s not exactly true.

DHS spokesman, Chris Jennings, explained in a tweet that the vast majority of those parents don’t want their children reunited in their country of origin.

But it wasn’t just the nuance of the discussion that was at issue here — some people just weren’t able to follow the slang term “coyotes.”

“The term “coyote” apparently made many people think Trump was referring to the animal, or even Wile E.” // Uh, no. If you had an IQ of 11, then you might think that… https://t.co/YQiT0EiHVj

There were quite a few “blue-checks” on Twitter that apparently fall into that “I.Q. of 11” category.

Some model/activist/runway choreographer/filmmaker with their pronouns in their bio also seemed to wonder how coyotes can bring children over the border. 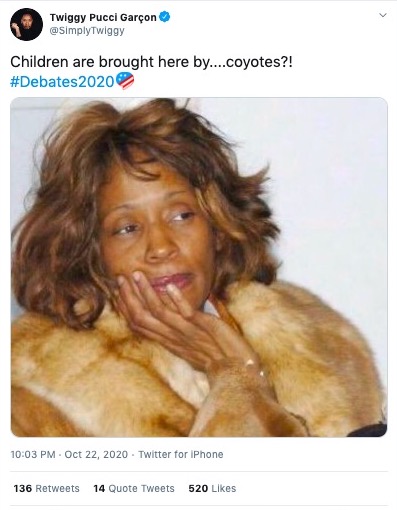 And, of course, you couldn’t have a stupid take without… David Hogg.

Sophia Narwitz, a gaming reporter, had a whole collection.

Tonight on blue checkmark twitter, they don’t know what coyotes are.

(This isn’t even half of all I found ?) pic.twitter.com/Jsh57jSBb1 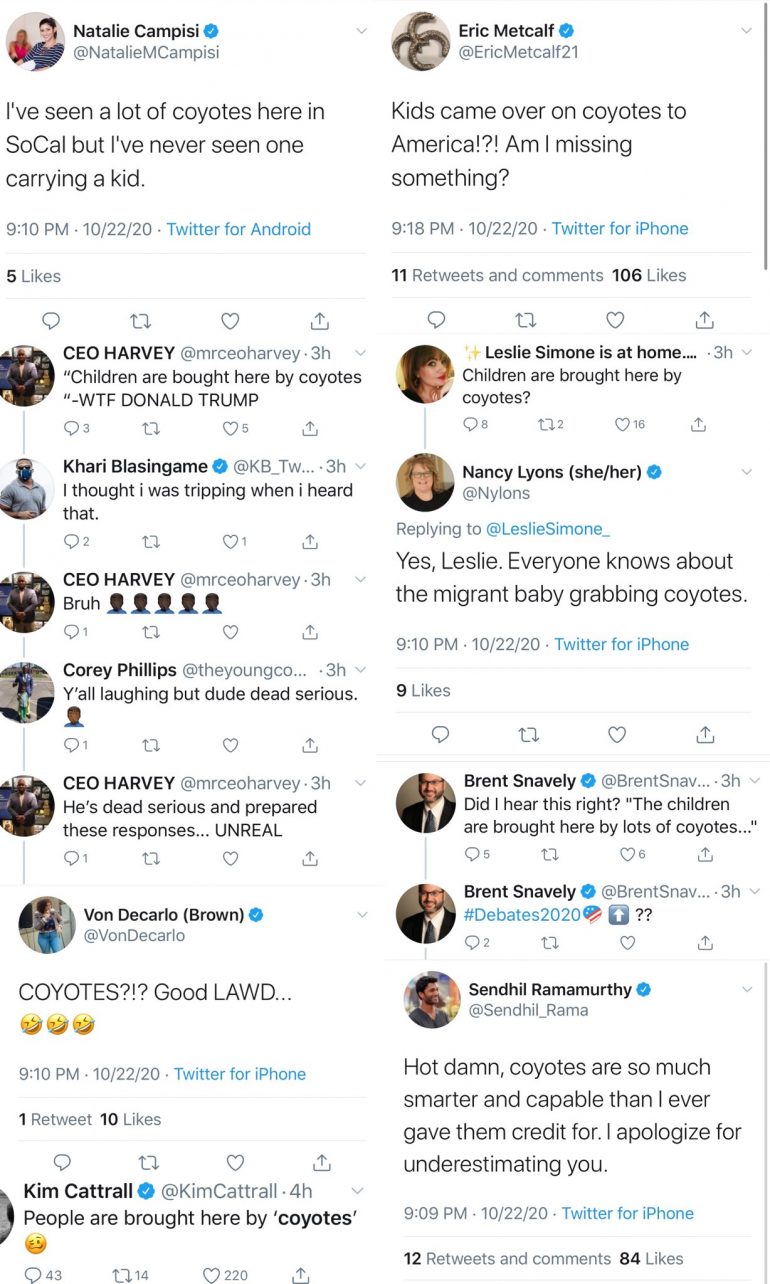 The most spectacular example of astounding ignorance has got to be Georgia state Rep. Dar’Shun Kendrick, who is — you guessed it — a Democrat.

This is an elected official in Georgia who was also a corporate attorney and an investment advisor once upon a time. 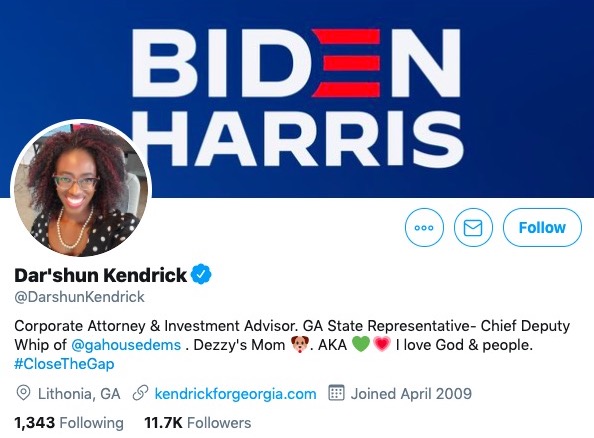 After the discussion turned from “how can she possibly be this stupid” to “is she more stupid for posting this or not deleting it?” Kendrick decided to post more stupidity.

Our ignorant lawyer is a bit upset that people are daring to laugh at her vapidity. So upset, in fact, that’s she’s threatening violence. pic.twitter.com/62WdcyyeS0

….People really think I wake up this early in the morning to read their hateful posts LOL. Bye. I got money to make and people to serve. Have fun arguing with yourselves.

It wasn’t just Kendrick, but all of the ignorant left, in general, was dragged — mercilessly — on Twitter.

I knew the left was dumb, but lefty blue check Twitter embarrassing themselves over coyotes, while thinking they owned Trump, is just glorious.

How many of the people outraged over the term Coyotes have ever lived in a border state? I lived in Arizona for 28 years, the term is not “racist, xenophobic, etc. It’s common knowledge that Coyotes refer to those who are paid to smuggle people across the border illegally.

Twitter actually feels the need to explain the term “Coyote” because that’s how ignorant everyone is. pic.twitter.com/H8nIvByGk2

If you're thinking this when someone mentions a coyote bringing people over the border, you probably don't know enough about immigration policy to address the subject. pic.twitter.com/kGkelkL0cY

The left believes this is the Coyote trying to cross the border… no wonder they dont think we need a wall. pic.twitter.com/JhjXyfcx4W

What Democrats think Trump meant by coyotes bringing illegal aliens across the border, completely unaware it’s the term for smugglers they pay to help get them here. ? #Debates2020 pic.twitter.com/7Li0NXjhD2

“I have many strong opinions on illegal immigration but I don’t know what a ‘coyote’ is.”

This all raises an interesting point — these people who keep lecturing us on the border don’t actually know a commonly used term for human smugglers across that very border.

ok, so a big takeaway from the evening is that there are apparently a lot of people who feel passionately about immigration but also have no idea about human trafficking at the border. pic.twitter.com/EFY45EeoLR

Perhaps — and I’m just spitballin’ here — if you are very passionate about immigration but don’t know about human trafficking at the border you should perhaps learn about the issue before weighing in.

WATCH: Allen West Has A STRONG Message For America … From The US-Mexico Border

Of course, these are the very same people that don’t know a damned thing about guns and weigh in on that pretty regularly.

Maybe I’m just asking too much of people with an I.Q. of 11 — including the media.

Did you know that the Trump administration has announced the first-ever Government Center for Countering Human Trafficking in the U.S.?

Do you want to know why that is? Nobody covered it.

Here is the press briefing. You can see how jam-packed it is and the inquisitive press bursting with questions.

Wonder why the you never hear about @realDonaldTrump administration’s work to combat human trafficking?

Today Trump Admin announced the first Govt. Center For Countering Human Trafficking in the US. They asked if the press had any questions.

This is what happened… *crickets* pic.twitter.com/lio4BwWoKi

Yeah. It’s not Trump’s fault that the left doesn’t know about coyotes or the problem of human trafficking — it’s because the partisan press doesn’t inform the people anymore, they just push a narrative.

Just wait until the left hears about “drug mules”…