Remember a year ago when whistleblowers were sacrosanct? Where is the media’s love of whistleblowers now that there is actual evidence to back up the allegations?

Not just whistleblowers, but military servicemen. A year ago, during The impeachment bull$#^t, the media closed ranks to protect the dignity and honor of Vindeman and ‘the whistleblower’. (Who are probably the same person.)

But now that a military serviceman has turned whistleblower and implicates a DEMOCRAT, those rules go out the window. They were never really rules in the first place, just a club they could use to bludgeon Trump.

What evidence does this whistleblower bring to bear? We’re talking numbers, correspondence, contracts, even the voice recording of another insider trying to talk Tony out of going public with the allegations.

Here is the clip of that recording:

Naturally, the media will continue to close ranks around Biden and dismiss his claims as unsubstantiated.

Mysteriously, the Media won’t touch this story with at 10′ pole. These are the same media that slobbered over every one of Schiff’s unfounded allegations against the President.

Isn’t it just a beautiful irony that Schiff’s own big mouth and Russia fixation could well be the very torpedo that sinks Biden’s ship?

It was Schiff’s invoking of that threadbare ‘Russian Misinformation’ allegation that made Tony take the nuclear option.

He says when he saw Adam Schiff claiming that emails to him were Russian disinformation, he told Biden camp to get that retracted or he'd go on record.

Plausible Deniability came up in the context of Tony (a political ally) mentioning risk exposure with these business connections.

???BREAKING: We now have on the record testimony that @JoeBiden was KNOWINGLY involved in a massive corruption scandal with China.pic.twitter.com/nfsQEDnk3B

Here is the full Tucker interview — (until YouTube yanks it, that is)

Hopefully, at least one of those video clips will remain live for you to watch them.

What’s in this interview? Quite a few explosive details, including China, Russia, plausible deniability, emails with dates and names, not to mention some detailed contracts.

Mollie Hemmingway live-tweeted the interview, which is as good a summary as any for someone who wants to know what was covered, but doesn’t have the time to watch the whole vide right now. (We do recommend catching it when you get the chance… and sharing it with someone who only gets the sort of pre-chewed news that doesn’t bruise Democrat electoral chances.) 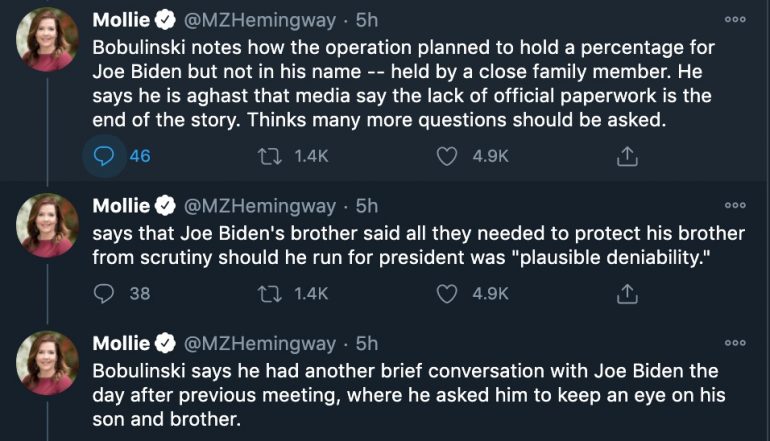 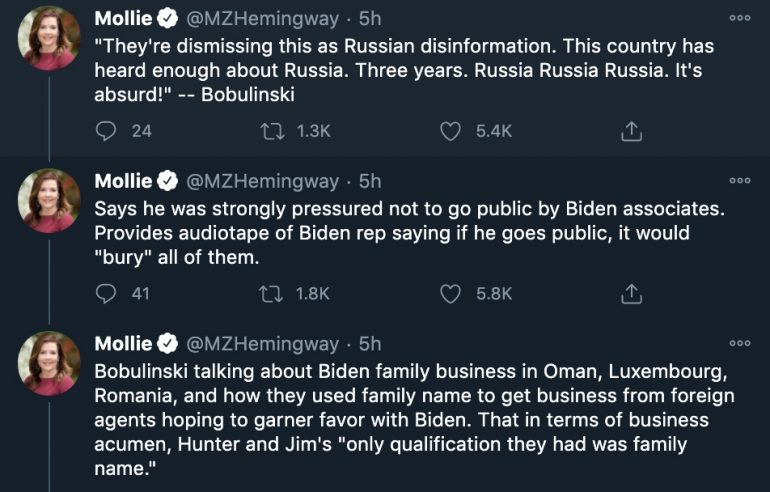 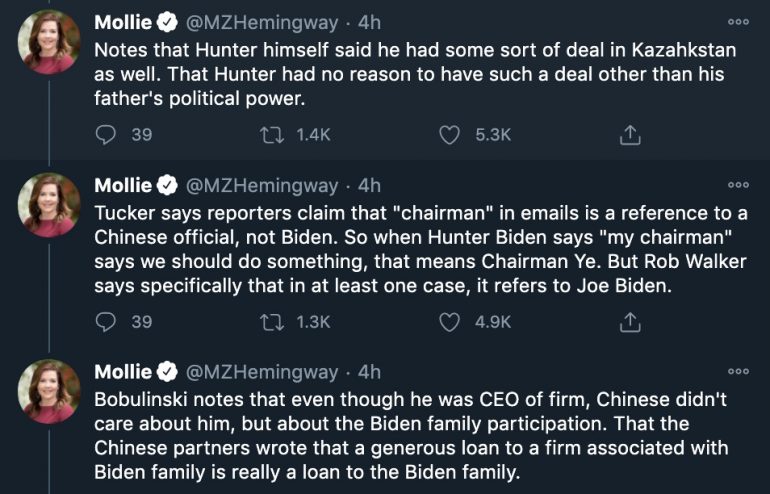 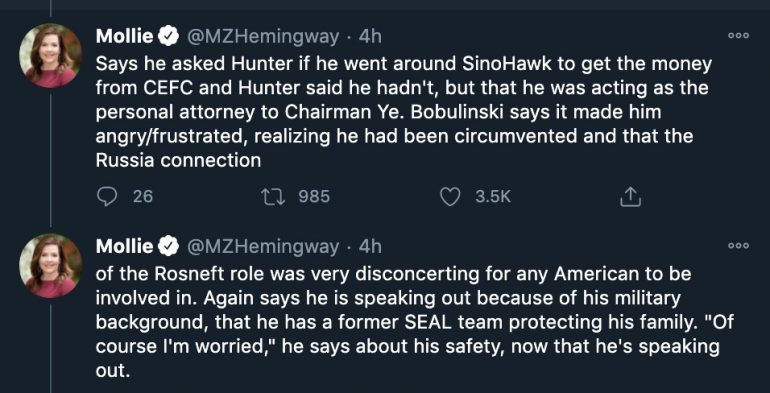 How do we take the country back from the corrupted and incestuous band of money or power-hungry elites?

By having the courage to stand up — like Tony did — and shine a light on wrongdoing, no matter HOW powerful the corrupted entities are.

The press used to call that ‘speaking truth to power’ — before they joined the favor-trading game themselves.