The human eye can quickly process information in a graph where a wall of undifferentiated data would leave us scratching our heads. See what happens when one guy puts the vote into a graph.

The person who set this up has not revealed his name.

But he has revealed his methods.

Those among us with a strong background in statistics would be able to check his numbers if they gain access to the same raw data originally used (which he specifies).

This was originally a Twitter thread, and a rather long one, but it’s a quick read anyway, and the screenshots will help preserve the work he has done.

Without further ado, here’s the case our anonymous source set before us: 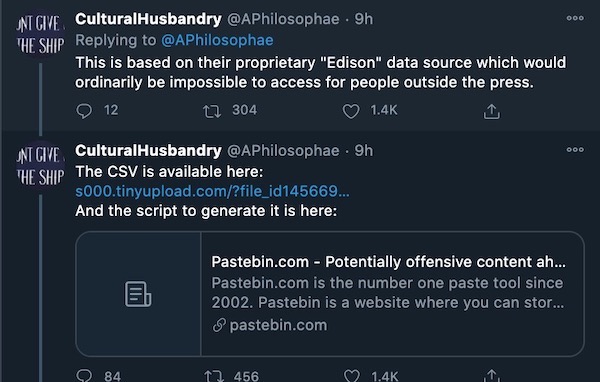 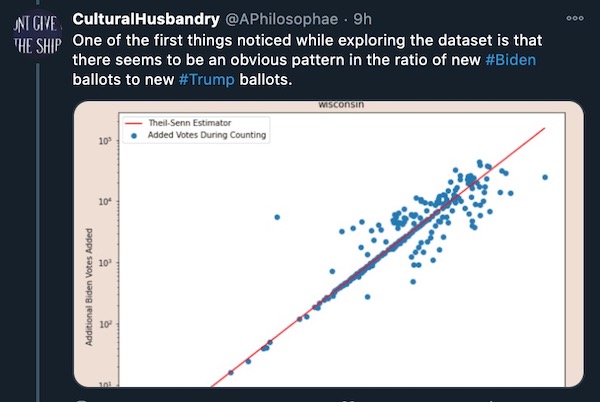 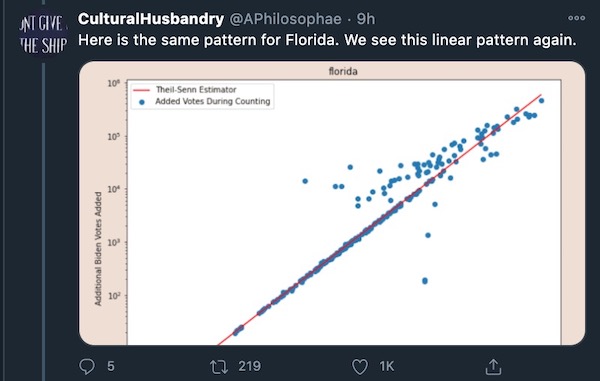 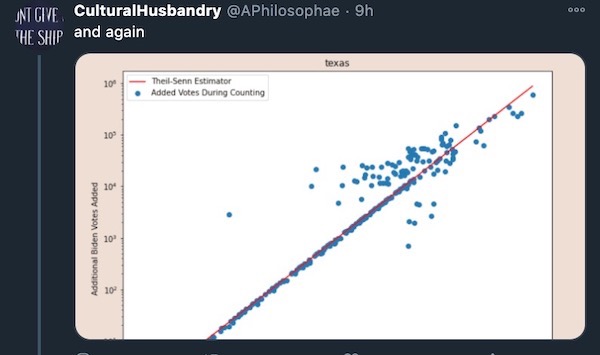 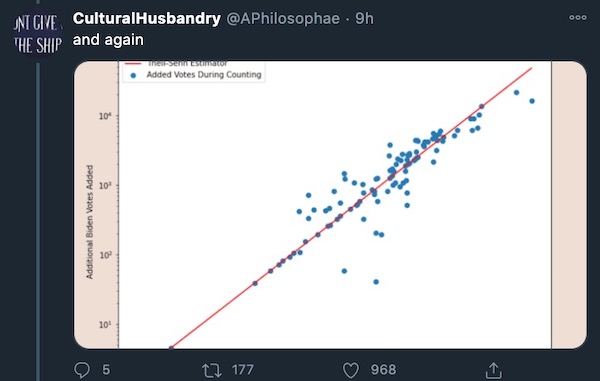 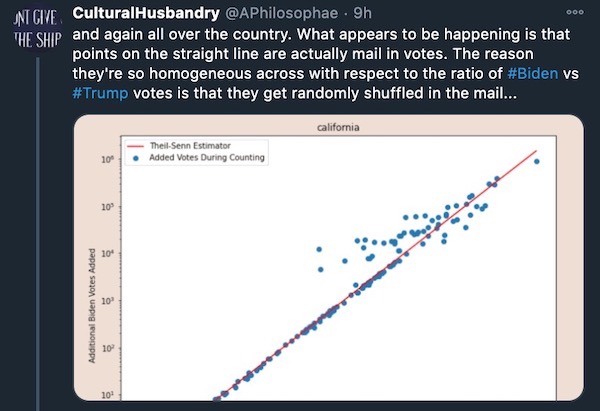 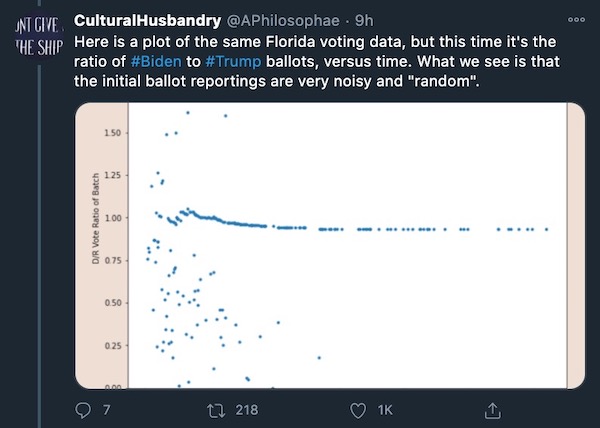 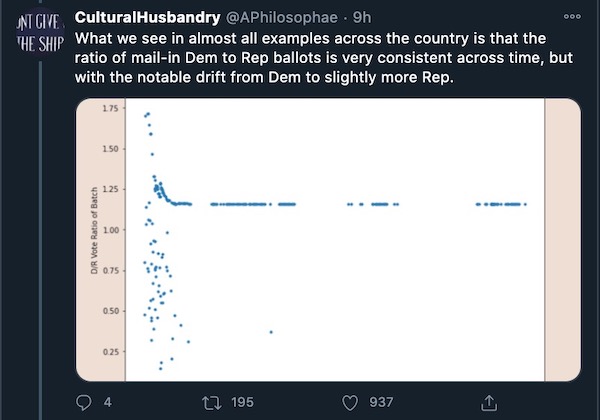 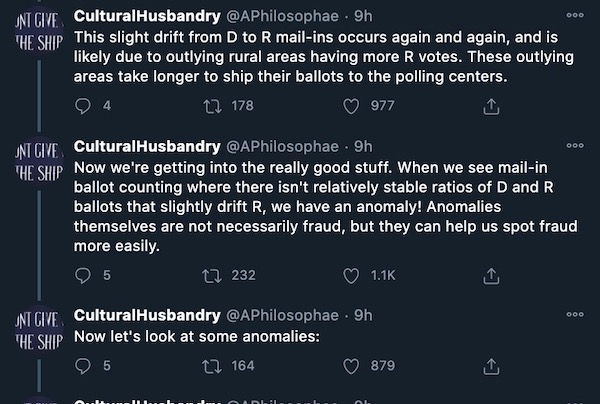 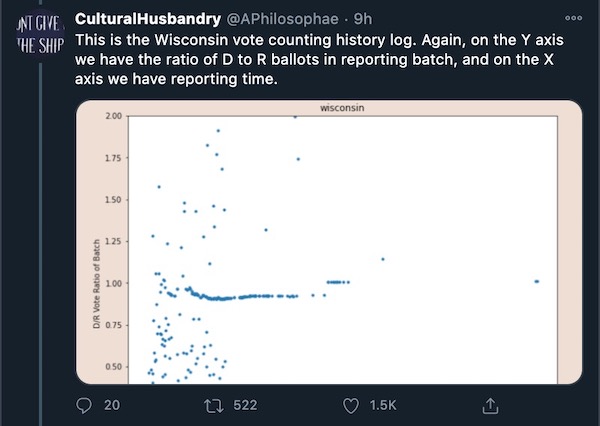 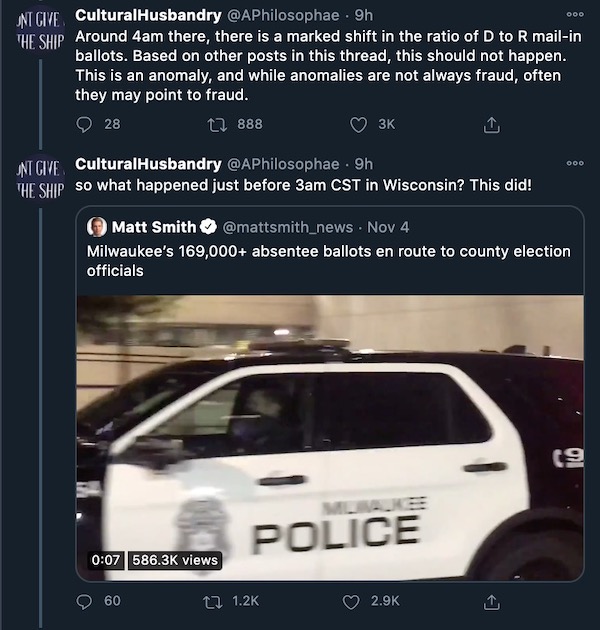 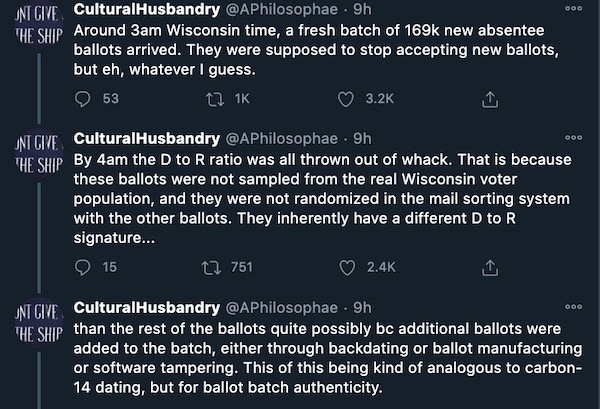 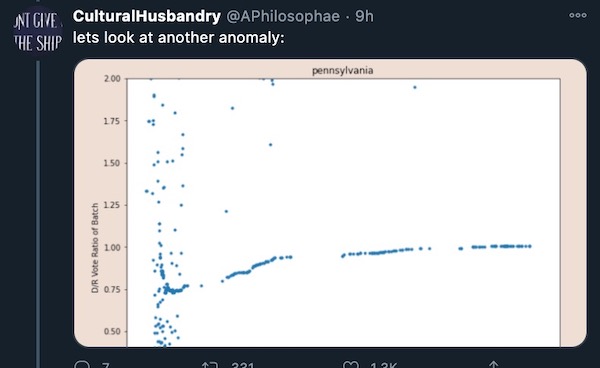 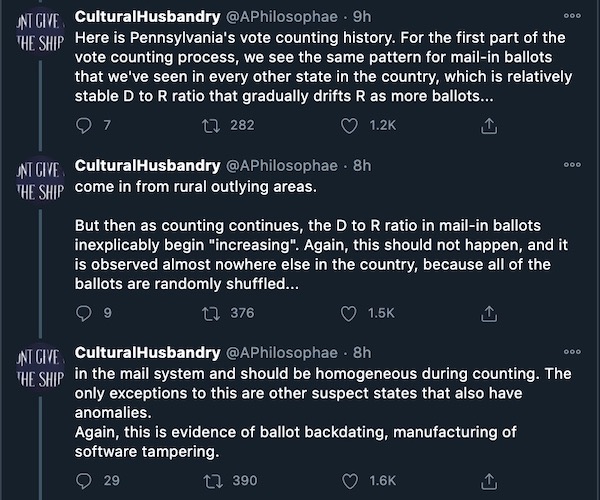 Now because the images in these tweets are not their full size, we will link to the original (until Twitter deletes it, anyway) and we will include the full picture of a graph just so you can see what is written on it. 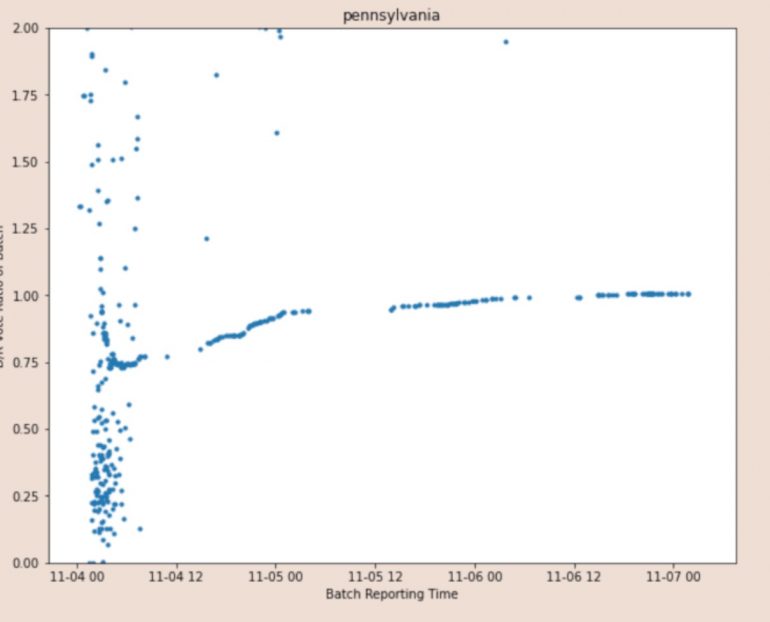 Do you find his arguments compelling?