What say you, Clash Readers? Was the election rigged?

Do you think that there was something nefarious going on when all of a sudden President Trump’s lead essentially vanished between election night and the morning after in Democrat-run swing states or was that just a result of thousands of fearful Biden-voters that opted to vote by mail?

It’s kinda weird how Joe underperformed Hillary in every city except for four consequential ones in swing states, isn’t it?

How curious that, as [Big Data Polling’s Richard] Baris notes, “Trump won the largest non-white vote share for a Republican presidential candidate in 60 years. Biden underperformed Hillary Clinton in every major metro area around the country, save for Milwaukee, Detroit, Atlanta and Philadelphia.”

Robert Barnes, the foremost election analyst, observes in these “big cities in swing states run by Democrats…the vote even exceeded the number of registered voters.”

Trump’s victories in Pennsylvania, Michigan, and Wisconsin were on target until, in the middle of the night, counting was arbitrarily halted. Miraculously, several hundred thousand votes – all for Biden – were mysteriously ‘found’; Trump’s real leads subsequently vanished.
Source: Democracy Institute

“Miraculous” is a word…

Here you have a President who has:

…and he still lost?

Joe Biden who hid in his basement for months, called a “lid” on his campaign, refused to answer any questions from the press, lied about his agenda, and took on more and more of a resemblance to Jeff Dunham’s “Walter” puppet as the days wore on.

Trump lost to that guy?!

The guy that is quite literally a meme? 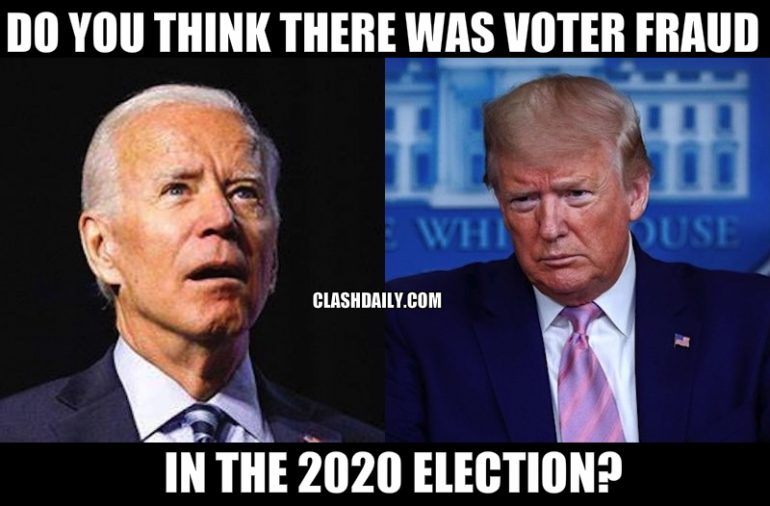 CLASH POLL: Do You Think There Was Voter Fraud In The 2020 Election?

It’s not like the party that has a long history of rigging elections (see: JFK in 1960, LBJ, Al Franken’s Senate race, etc.) would do it this time, right? If you don’t think that they would, you should check out the Heritage Foundation’s Election Fraud database.

Until this is settled, President Trump isn’t going to back down — he’s standing in defiance.