Two of the narratives Democrats and Big Tech have been most aggressively pushing involve Coronavirus and Election fraud.

These two talking points have been mission-critical to their long-term objective of both ousting Trump in the short term, and destroying how history views his legacy.

With all the accomplices they have carrying water for them in that project, it’s still an open question whether they will accomplish their goal.

But we are already seeing glimpses of a result they won’t be able to sweep under the rug entirely. For all the criticism heaped upon him by folks with something to gain, Project Warp Speed has been a crushing success. 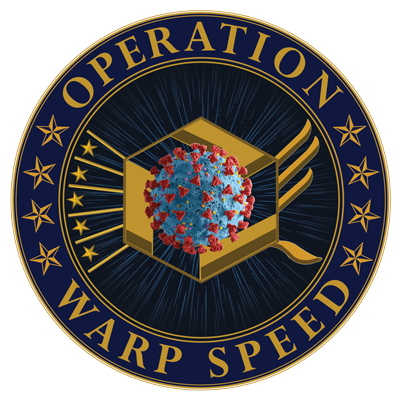 Not only did it produce multiple vaccines in record-smashing time, but it opened up entirely new pathways for medical research.

These pathways are already being pursued for the treatment of…

Breakthrough technology that transforms the body into a virus-zapping vaccine factory is poised to revolutionise the fight against COVID-19 but future pandemics and even cancer could be next, scientists say. The initial success of so-called messenger ribonucleic acid (mRNA) vaccines in late-stage trials by Moderna as well as Pfizer and its German partner BioNTech is the first proof the concept works.

…Both experimental vaccines had efficacy rates above 90% based on interim findings, which was far higher than expected and well above the 50% threshold U.S. regulators insist upon for vaccines.

Now scientists say the technology, a slow-motion revolution in the making since the discovery of mRNA nearly 60 years ago, could speed up the development of new vaccines.

The traditional method of creating vaccines – introducing a weakened or dead virus, or a piece of one, to stimulate the body’s immune system – takes over a decade on average, according to a 2013 study. One pandemic flu vaccine took over eight years while a hepatitis B vaccine was nearly 18 years in the making.

Moderna’s vaccine went from gene sequencing to the first human injection in 63 days.

…“It could be easier sailing for the next anti-viral product, a vaccine for influenza and other infectious disease,” said Kariko, whose daughter is a U.S. Olympic gold medalist rower.

CANCER NEXT?
Moderna and BioNTech, for example, are also applying mRNA technology to experimental cancer medicines.

Biontech is testing an anti-melanoma mRNA with Swiss pharmaceutical giant Roche in a Phase II trial.

Among Moderna’s most advanced projects, besides its COVID-19 vaccine, are mRNA compounds to treat ovarian cancer or Myocardial ischemia, which are also in the second test phase. –Reuters

Cancer, heart disease, AND the flu.

Remember how Trump had promised to make finding a cancer cure a priority?

You know that old joke, ‘He could cure cancer and they would still [insert criticism here] ‘.

What if it’s NOT a joke anymore?