Let’s see if the media that kept the story about Team Trump ‘swarming’ a Biden bus in Texas and ‘running a Democrat’ off the road have anything to say about this documented politically-motivated violence:

In this instance, we have a car that was literally run off the road and wrecked.

That car won’t be of interest to the national press because:

Here’s a little more detail about the man we’re about to describe, as shared on the link we’ll be providing that the end of this story.

Let me tell you about Tony – he is a retired Marine with 20 years of service, he is a son, a husband and a father of 4, with a 5th on the way. Tony works as a night manager at Pizza Hut and enjoys aviation as a hobby when time and money allow.

Tony loves his country so much that he was compelled to fly the American flag, the Trump flag and a sign that says “Black Voices for Trump” on his vehicle and join the many thousand of others in their display of pride and support for our President and our Country.

Tony was on his way home when a man in a white suv began to yell profanity directed towards our presidend and racial epithets towards Tony. Tony managed to stay on the road through this barrage of hatred until the man swerved at Tony, causing him to crash into a guardrail. Upon impact Tony’s lense popped out of his glasses and he was unable to obtain a plate number.

Here is what someone familiar with the details had to say about Tony being run off the road for driving while being a Black Trump supporter. 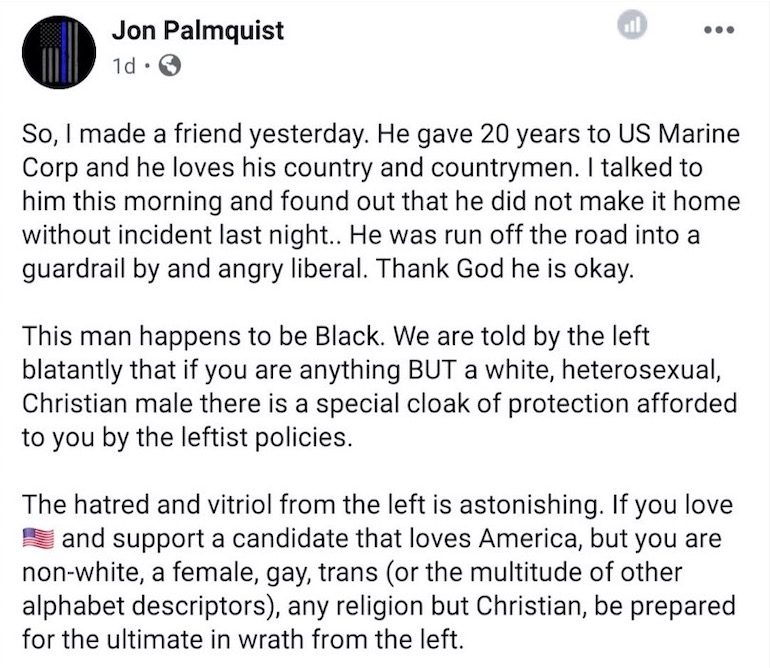 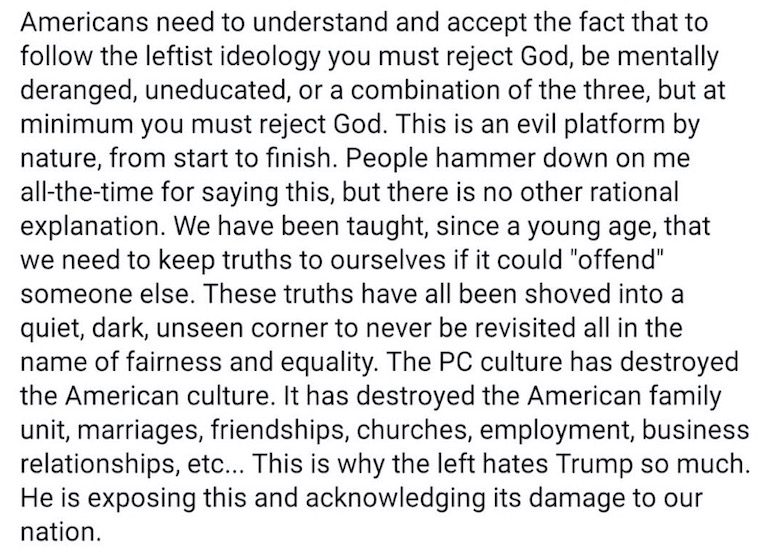 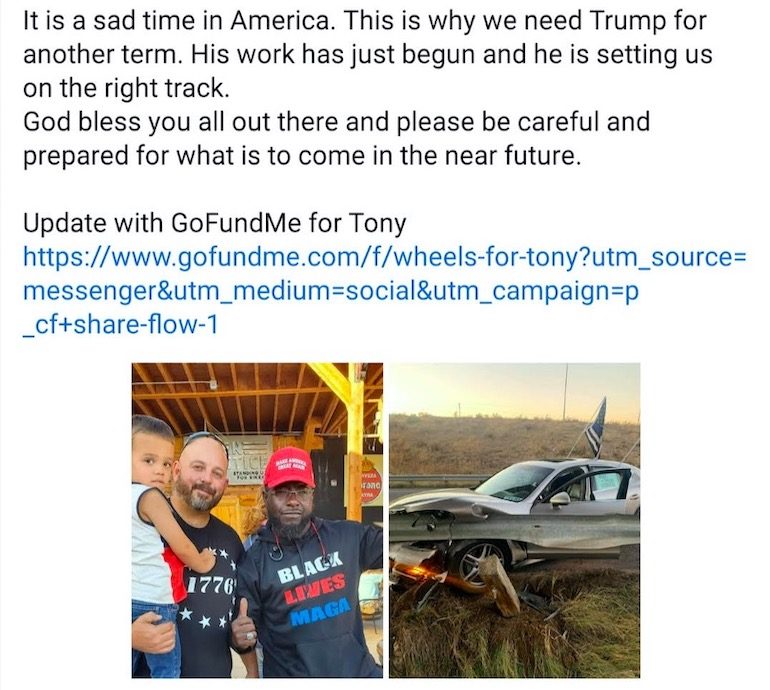 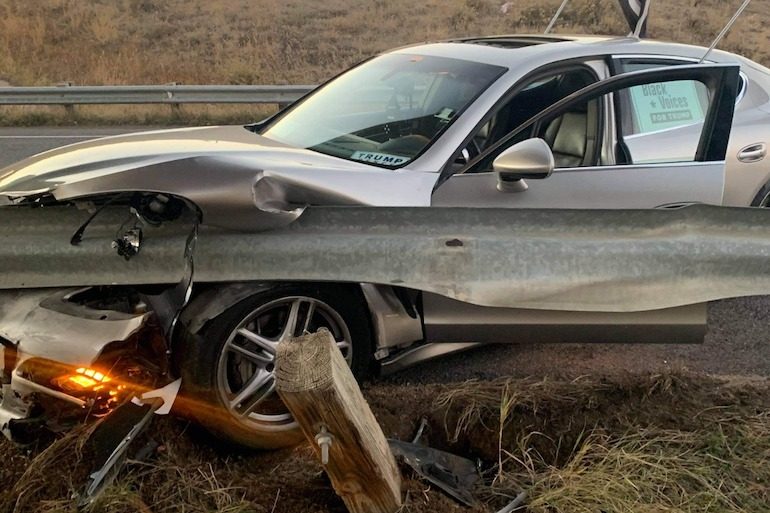 The stated goal of the GoFundMe:

These are sad time in the Great U.S. and our last best hope comes from people just like Tony. Please stand with me, next to Tony and offer what we can to help him and his family.

My hope is that Tony and his family will have a new car before his baby girl is born!

Help out if you can.

Here’s the link to the GoFundMe page.