Oh, look at that! A thief and an arsonist member of the BLM movement calling for the defunding of police was arrested.

Lisbeth De La Cruz Monegro, 21, of Seattle was arrested on Sunday afternoon for arson and burglary after she broke into seven homes in the swanky Leschi neighborhood.

The Seattle Police Department blotter states, “Police responded to the 100 block of Lake Washington Boulevard East to investigate a burglary-and-fire alarm at 3:15 PM. Officers arrived at the residence and found two small fires inside the kitchen.”

The Seattle Fire Department was called and put out the fires, and firefighters treated a woman nearby, who was, apparently Monegro.

The SPD blotter continues, “Firefighters were dispatched to treat a woman just south of the scene of the fire. When officers responded to the location to assist firefighters, the women told officers she had broken into a total of seven homes in the area, broken windows, and set fires. Neighbors provided surveillance video to police, who were able to confirm the woman had broken into the homes, wandered around inside, and then set fires.”

Monegro was booked into King County Jail for investigation of arson and burglary and… released the next day.

Breaking into the homes of rich people, stealing their stuff, and then setting fires inside does not appear to be officially connected to Monegro’s BLM activism, but you can see how the line could be a bit blurred.

Seattle has long been criticized for it’s “catch and release” justice system that takes people off of the street and allows them to go right back out there if the crime is against property rather than violent crime.

Check out this excerpt from an article published in December 2019 about a King County Superior Court judge weighing in on the perception of a “catch and release” justice system.

[Judge] Rogers explained to KIRO Radio’s Dori Monson that according to court rules, people charged with crimes that are not capital crimes should be released on personal recognizance, unless they 1) fail to appear in court, 2) intimidate witnesses, or 3) are highly likely to re-offend…

…The criminal justice system has come under fire recently for what some see as the ‘catch and release’ system — especially after a study by Seattle business leaders released earlier this year found that much of Seattle’s crime is committed by the same 100 “prolific offenders.”

Bearing Arms has reported earlier this year on Seattle’s “broken” criminal justice system. It’s essentially the reverse of Giuliani’s “broken window” approach that cleaned up NYC back in the late 90s — Seattle is letting minor crimes go unpunished and people are reoffending and getting bolder.

Although Monegro wasn’t identified in the police report, she was outed on social media by Morning March Seattle, a group that she is associated with. They were trying to raise money for her. 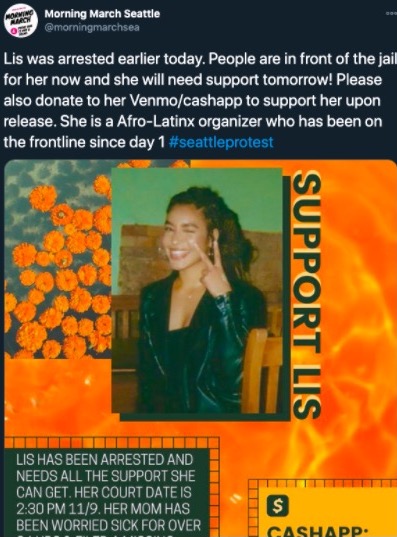 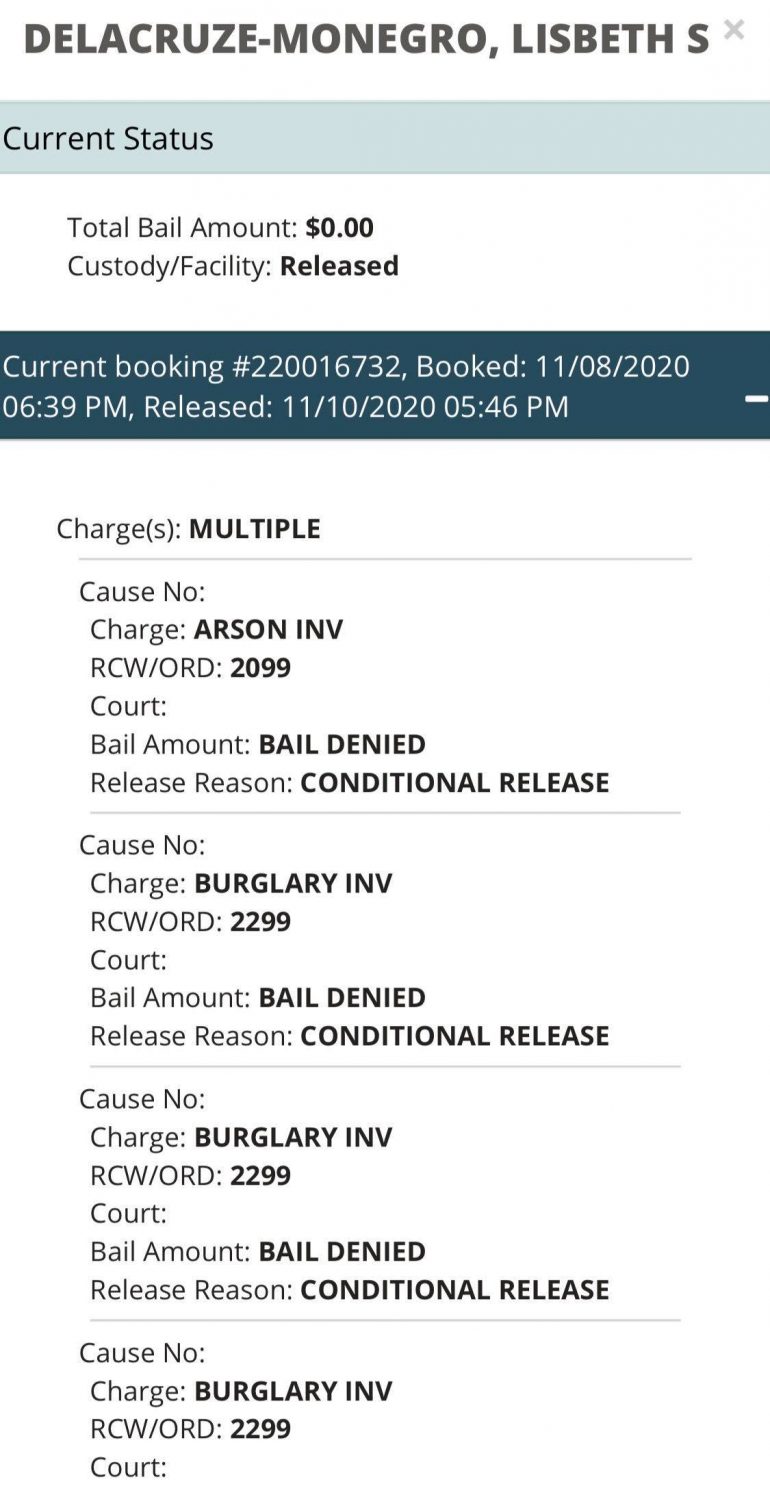 Likely this update from SPD, broke into multiple homes and started fires. Not stated in SPD update but drugs rumored to be involved.

Not protest related, just another (alleged) criminal who wants to abolish/defund the policehttps://t.co/3zVtLapywU

AntifaWatch is right — this “defund the police” activist doesn’t care so much about police brutality, she’s just another crook who wants to get away with criminal activity.

Why Did It Take Biden Three Months To Realize Almost Half Of U.S. Baby Formula Production Was Offline?
May 22nd, 2022 Conservative Firing Line