Remember those ‘peaceful protesters’ Kamala helped to spring from jail so they could do it all over again? Turns out they are not returning her love.

Joe’s “unity” message isn’t going over so well with Antifa. It’s either that, or they didn’t appreciate being called an “idea.”

Remember that parable of the scorpion and the frog crossing the river? The Dems may have thought these ‘activists’ were just another group of ‘protesters’ whose destructive energies could be harnessed to push a Democrat agenda.

Did it never occur to them they might have an agenda that was harmful not just to shopkeepers, pedestrians, and Republicans, but (gasp!) even the Democrats, too?

CNN’s Don Lemon and Fredo Cuomo have carried water for this crowd. The Squad gives their tacit or even open support. Nadler denies they even exist, and Biden thinks they are merely an ‘idea’.

If he DOES eventually wind up in the White House, would Biden be a ‘despot’ if he had to invoke the Insurrection Act to deal with people like this? 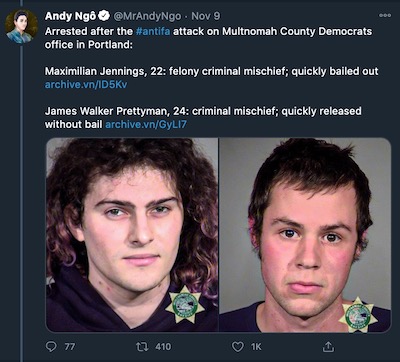 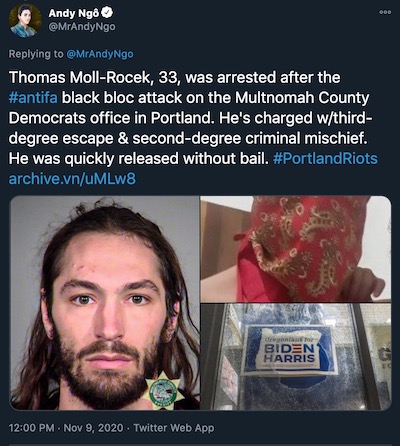 And all three were released without bail in a leftist city. The left foolishly thinks these punks are on THEIR team.

Like Biden, they think America could be ‘fundamentally transformed’.

Unlike Biden, they do not want Democrats to stay in power under even the pretense of the authority of a Constitution.

They want a revolution.

Maybe if we had a media more interested in telling the news than building a case and a poisoned narrative against a hated political rival, they might not have turned a blind eye to those ‘mostly peaceful’ rioters we kept talking about.