This is coming from Trump’s own team’s perspective about what’s going on.

What you’re about to see here is one guy’s summary of what Trump’s lawyer, Jay Seculow and his team said in a 3-hour Election night breakdown of the numbers that came in.

Most of us don’t have three hours to set aside to watch hours and hours of election night coverage, but a relatively short summary of what was said there? That’s a whole other story.

The video you’re about to see lays out the specific math and logic making the case that — whatever the official ‘decision desk’ reporting of the networks might look like (that includes you, FoxNews) this election might really still be Trump’s to lose, so long as the participants can be kept honest.

The path to victory includes states that tabulators have stubbornly refused to call in Trump’s favor (despite commanding leads) and a few that have been handed (he says incorrectly) to Biden. 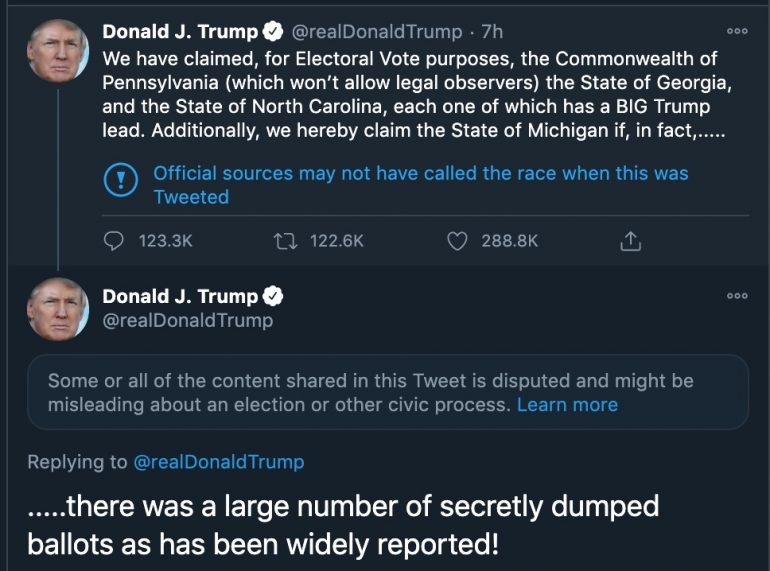 In about 15 minutes he makes his case for why there is still good reason to be optimistic about Trump in fact continuing with another 4 years as President.

He drills down a bit into where the numbers go right for Trump.

These are exactly the kind of election stories that Big Tech has been suppressing. If you think someone you know should see it, pass it on!