With Federal politics devouring the entire news cycle for — oh about 5 years now — it’s easy to miss stories like this one. But it’s a big one.

Depending on whose side of this story you believe, China has either deployed microwave tech against a hostile force or propagandists WANT us to believe that they did.

There is a border dispute between India and China that has heated up recently. The dispute included skirmishes between both forces with a few casualties.

Here’s a graphic to help our readers make sense of approximately where the conflict is. 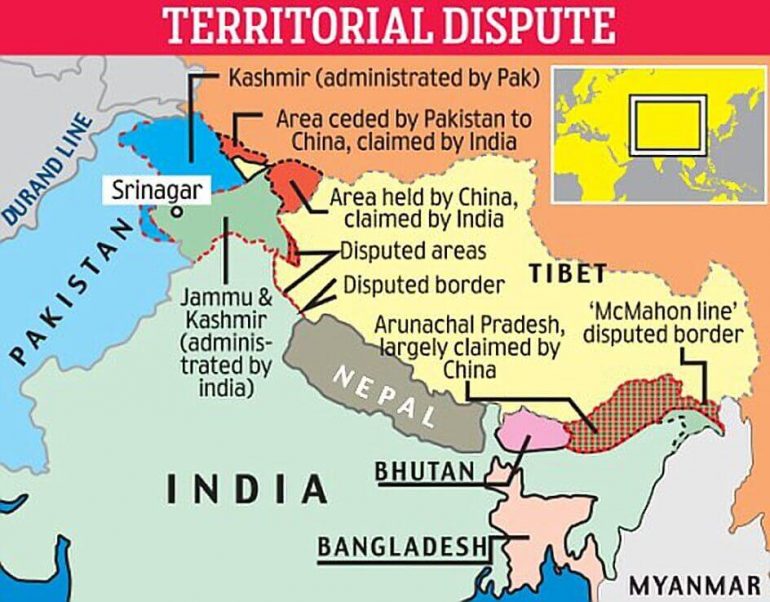 Here’s part of the original claim, from The Times:

China’s military used microwave weapons to force Indian troops to retreat during a months-long border standoff in the Himalayas, according to an account that has emerged in Beijing.

Its forces had turned two strategic hilltops that had been occupied by Indian soldiers ‘into a microwave oven’, forcing them to retreat and allowing the positions to be retaken without an exchange of conventional fire, according to Jin Canrong, a professor of international relations at Beijing-based Renmin University.

In a lecture he said that the People’s Liberation Army “beautifully” seized the ground without violating a no-live-shot rule governing the rules of engagement in the high-altitude standoff between the two Asian powers.

India dismisses it as fake news.

Some international news portals have published misleading headlines and reported baseless claims related to India-China border stand-off in Ladakh. #PIBFactCheck: This claim is #Fake. @adgpi has clarified that no such incident has taken place. Beware of such #misinformation. pic.twitter.com/EoH4CH3X13

Clearly the claim is — at a minimum — disputed. The early reports supposedly cited a Chinese national bragging about the conflict that was resolved without firing a shot. We have no way of vetting those claims.

Is the whole thing just a digital ‘urban legend’?

Or is something more going on here?