After the truly bizarre election results, Joe Biden has been talking a lot about how the country needs to come together again. But, just like the typical Democrat, he says one thing and does another.

While he talks of “unity” in public, in private, his dogs have an unflattering President Trump chew toy that they play tug-of-war with.

I wonder if this toy is what one of the dogs was carrying when Joe “tripped on a rug” after he got out of the shower and broke his foot.

Joe Biden has an Instagram account for his dogs, and they just posted pictures of them using the President as chew toy. Unity and Healing! pic.twitter.com/Iuzn1En1yK 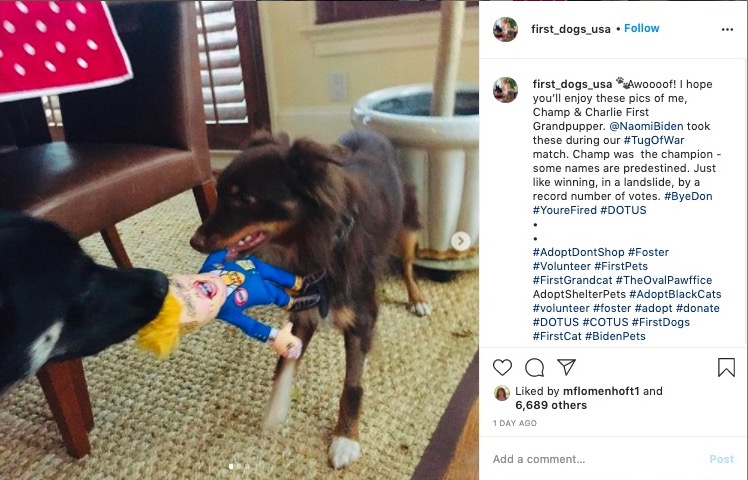 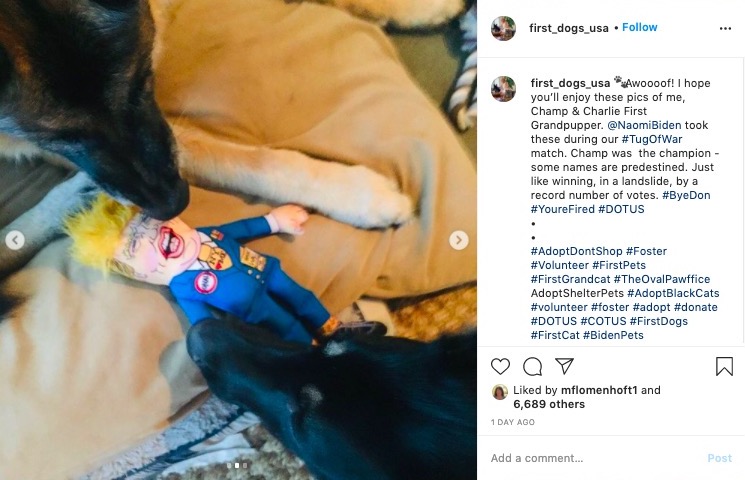 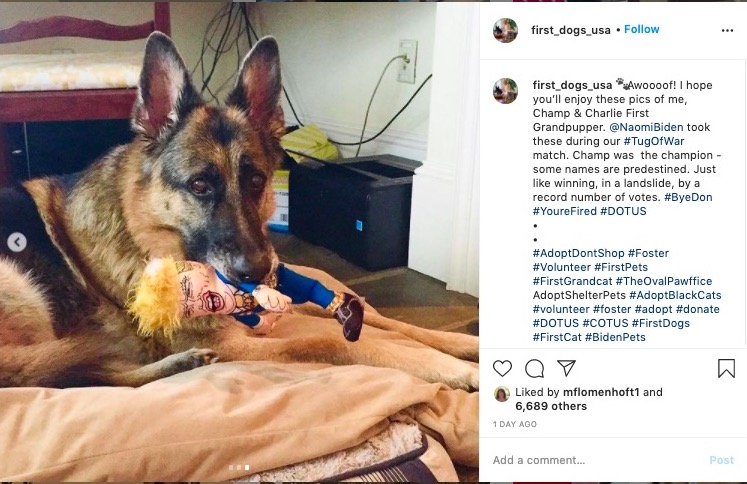 Hunter’s daughter, Naomi, who featured prominently in the messages on The Laptop From Hell™, and said that if she had been on the debate stage with President Trump, she would have “slapped” him within the first 5 minutes.

Maybe the chew toy was a gift from Naomi?

Well, it doesn’t matter. This wasn’t a one-off post.

Is this the kind of “unity” that Joe Biden is advocating for? 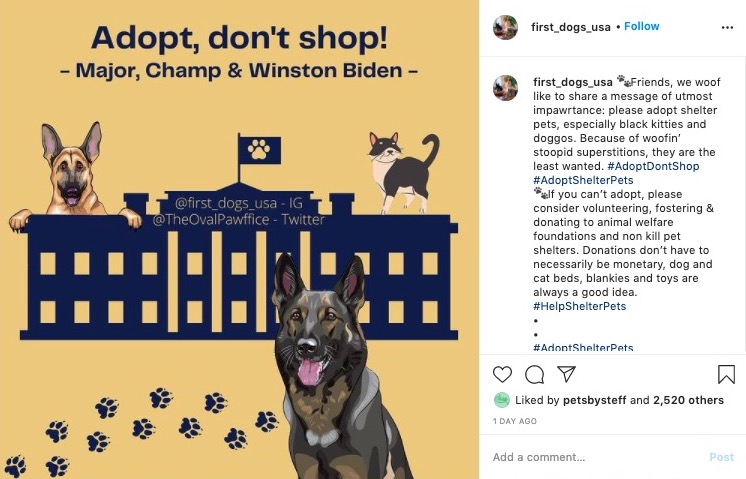 Most are just cute photos of the animals, but other posts are just as classy as the Trump chew toy one.

Also included is the Biden cat, Winston, who also appears to have a message for President Trump straight from the former “Resistance” crowd. 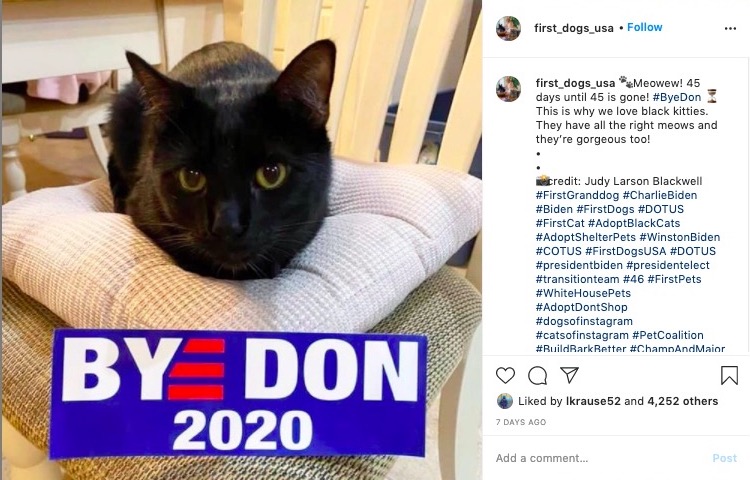 How can you call for unity when you allow your dogs to use your opponent as a chew toy and post photos of it on an Instagram account, and post a photo with cartoon dog tracks with implied vomit on the face of the sitting President? This is “unity”?

Now, before you say, “What’s the big deal?” Imagine, if you will, a Republican politician’s dog playing with a President Obama chew toy (because those existed at one point in time)… 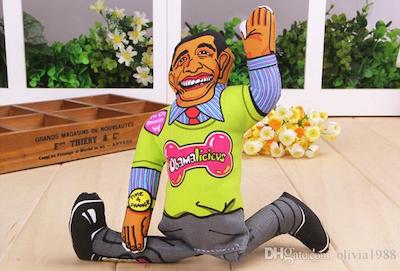 …and then posting photos of that on social media accounts. How would that go over, do you think?

Can you imagine the outrage?

This isn’t just about Trump the President or Trump the man — this is showing disdain for the more than 74 million Americans that voted for him.

Will that Trump chew toy make it to the White House?

Just for your information, the same company that makes the Trump chew toy also makes a “Malarkey Joe” version which is, quite honestly, much more flattering to Biden. 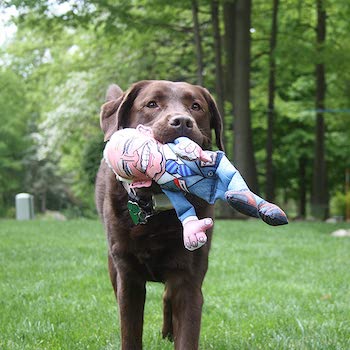 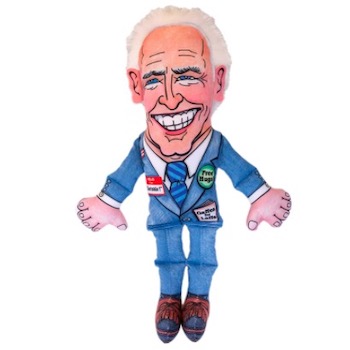 I’m not advocating that perhaps you buy one for your dog or anything — but it could show that you’re on-board with Biden-style “unity.” Or maybe it’s a message that you’re not okay with all of the unconstitutional voting “irregularities” that seem to have happened mainly in five states that appear to have altered the outcome of the presidential election overnight.

Now, I totally understand not wanting to support a company that makes these things, but it would look pretty sick if you were playing with your dog in the park with that doll while wearing this: