How do you know when you lost a social media flame war? When the guy who PICKS the fight slinks off with a lame apology.

Whoever is (was?) running Walmart’s social media account just learned that lesson the hard way. 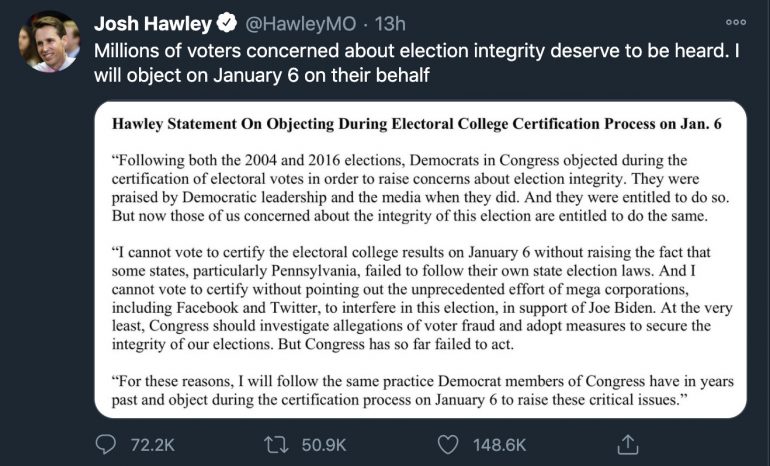 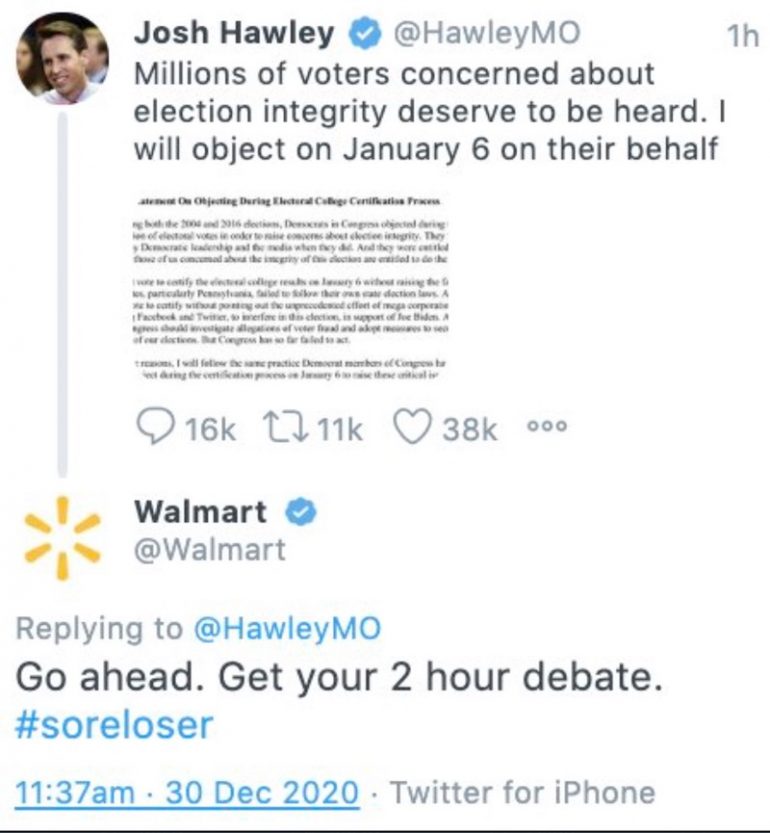 Whoever made that snipe was not ready for the clap back. 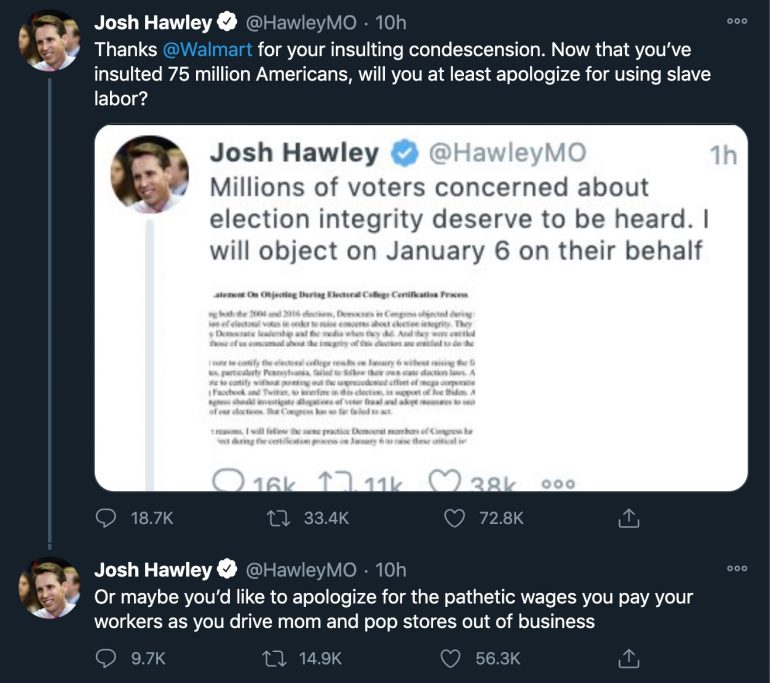 What did Walmart have to say for itself?

Well, the invocation of an insult to 75 Million Americans seems to have gotten their attention — after all, it isn’t DEMOCRATS that Strzok & Co. were deriding as ‘smelly Walmart people’ were they?

“We deleted the post and have no intention of commenting on the subject of certifying the electoral college,” it said. “We apologize to Senator Hawley for this error and any confusion about our position.”

Walmart declined to comment on Hawley’s criticisms of the company’s labor practices. –MSN

Declined to comment on the likelihood of slave labor in their Made-In-China merchandise?

That social media staffer should put some aloe on that burn. And take a break from the internet for a while.

Maybe read a book. We have a recommendation…

Former CBS Healthwatch Reporter Was Right & WHO Just Confirmed How They Will Make The Vaccine Appear “Effective”
January 22nd, 2021 Sons of Liberty Media