How creepy would it be stepping onto a ship that’s been bobbing like a cork in the ocean for more than a year — perfectly sea-worthy — with nobody on it? 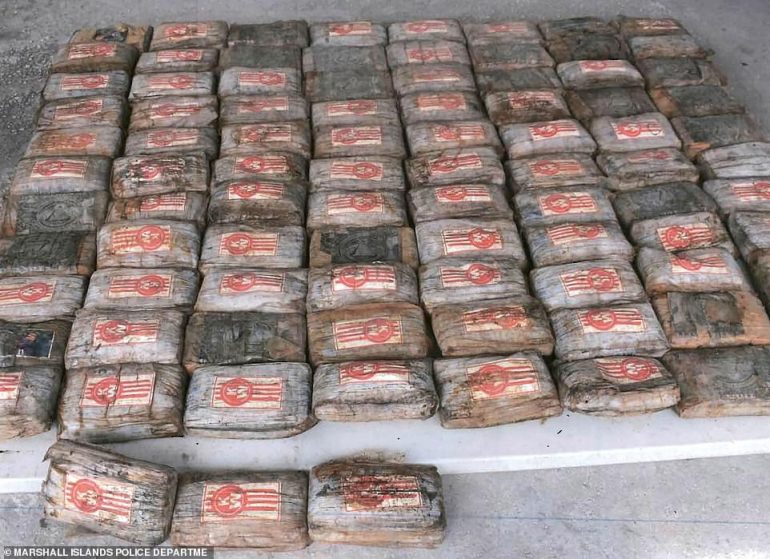 Marshall Islands police have found the Pacific nation’s largest-ever haul of cocaine worth some $80million in an abandoned boat that washed up on a remote atoll after drifting on the high seas, potentially for years.

Attorney General Richard Hickson said the 18ft fiberglass vessel was found at Ailuk atoll last week with 1,430 pounds of cocaine hidden in a compartment beneath the deck.

Hickson said the vessel most likely drifted across the Pacific from Central or South America.

‘It could have been drifting for a year or two,’ he said.

Police said the drugs, which were in one-kilogram packages marked with the letters ‘KW’, were incinerated on Tuesday, aside from two packs that will be given to the US Drug Enforcement Agency for analysis. –DailyMail

What kind of scenarios would your imagination spin up to explain what happened to make the crew of a ship with $80M in drugs suddenly abandon ship?

Where’d everybody go, and how come nobody came looking for it?

What’s your best guess for why nobody came looking for it after all this time?