Keep a close eye on these impeachment hearings, because some of the same people who are so hellbent on painting Trump as a terrorist fomenting insurgency against the state have a history they would rather you didn’t scrutinize.

The information we are getting about the attack on the Capitol is still sorting itself out, and is something of a mixed bag. Doubtless, some small percentage of the overall crowd of peaceful marchers got involved in the acts of vandalism and violence, and we denounce such violence as we have all political violence from the day Biden-supporting Richard Spencer got punched in the mouth and BAMN organizers attacked conservative speakers in Berkely — and even before that.

It is neither the moral course of action in our present circumstances nor is it an effective way to achieve our stated goals of defending the Constitution.

Democrats, for all their finger-pointing at Trump have no such distaste for political violence. CNN, Kamala Harris and the Squad defending Antifa, for instance, has been well-documented before now.

But two authors at the Federalist have made some great observations that will become especially relevant to the Impeachment hearings. The Impeachment charge itself accuses the sitting President of inciting violence against the government.

They use all sorts of loaded language like ‘sedition’ and ‘treason’ and ‘overthrow the government’ in their efforts to paint him as a ‘clear and present danger’.

So we can all see where this is going, right? Right then.

So you might expect that a group so devoutly defending the American Institutions from all threats — foreign and domestic — would take a keen interest in any person or individual willing to use violence to make their political point — or worse — an anarchist group hellbent on overthrowing our system of government entirely.

You need look no further than Portland to see businesses and citizens terrorized by an anarchist group hellbent on overthrowing the American System of Government.

Also, put a ‘.com’ after Antifa in your web browser and you will be interested to see what website it redirects to… 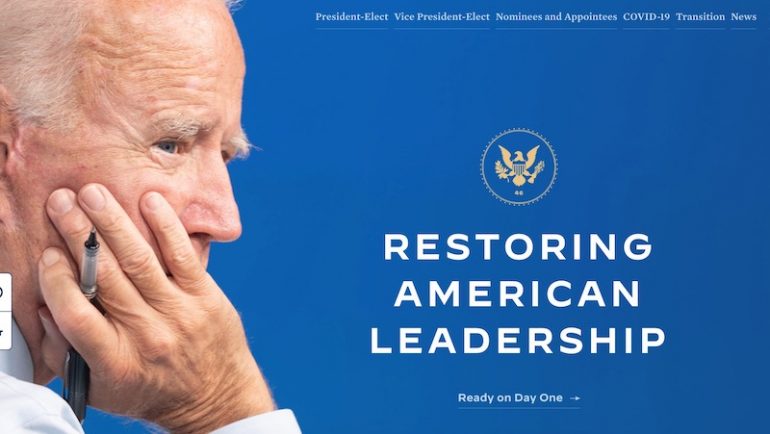 Don’t take our word for it, try it yourself.

So Antifa sees itself as aligned with the Democrat party… and it has had multiple members involved in either the murder of Trump supporters, regular violent confrontations with pro-Trump protesters and the police, leaving hundreds of police injured, maimed or worse.

It has held an actual Federal Courthouse in Portland under seige, with ongoing attempts to destroy it. — riots there have continued, almost unreported, throughout the time where the Capitol events were the only ones talked about on the news. And nary a Democrat has said ‘boo’ about it. In fact, most violent protesters go free, and Kamala herself has been helping to arrange their bail money.

Is THAT sort of sustained violence directed against our institutions not sedition? If so, what should one call such open support of sedition?

Surely it was Republicans standing in the way of reform of laws against such political violence, right?

Nope. the same Jerry Nadler that led Impeachment 1.0 and will likely play a big role in Pelosi’s 2021 remix was part of the party that did NOT support tightening our laws against politically-motivated acts of terror.

In fact, most Democrats spent their summer calling law enforcement defenders of these Federal Buildings some nasty version or another of a slur that boils down to ‘totalitarian thug’. Gestapo. Stormtrooper. You get the idea.

They were hardly the great ‘defenders of American Institutions’ that the Capitol Police suddenly had their reputations rehabilitated into over the last 7 days or so. (The term for praising people you have previously denounced, who are suddenly aligned with your agenda is described as ‘strange new respect’. It’s a thing, look it up.)

Here’s a Federalist Headline for you to chew on: FLASHBACK: Just Months Ago, Democrats Blocked a Resolution Condemning Mob Violence

The cross-party condemnations came as a welcomed move. But that very the same Congress was anything but united on the issue of mob violence remarkably recently.

This July, those same congressional Democrats killed a resolution aimed at curbing mob violence. The bill, which was spearheaded by Utah Sen. Mike Lee, R-Utah, came about after an unarmed Utah man was murdered by a mob of left-wing activists. At least 30 people, ranging in age from 14-77, were killed in largely left-wing riots in summer 2020.

Lee’s resolution offered a statement of support for peaceful protest, while condemning violence and the desecration of monuments.

“A non-binding resolution is the tiniest first step of a response,” Lee read as he introduced it. “We need to do much, much more… but in this divided political moment,… showing that Senate Republicans and Senate Democrats are able to speak with one voice against woke mob violence and in defense of equal justice and civic peace would be a welcome step.”

Yet the bill was killed upon landing by Senate Democrats. Sen. Bob Menendez, D-N.J., who spoke immediately after Lee, alleged that “the resolution reeks of supremacism. Reeks of supremacist views. And it seeks to mischaracterize overwhelmingly peaceful protests across the nation.” He then proceeded to poison pill the legislation by announcing the bill would only be passed if it specifically condemned President Donald Trump.

Lee attempted to compromise, saying he was willing to include the section condemning all politicians who incite any violence without specifically naming any. Menendez refused to budge, and the resolution died.

People are being shot! Businesses are being looted. Innocent Americans are being attacked and threatened. Lives are being ruined. Communities are burning! And democrats refuse to condemn mob violence. pic.twitter.com/9moGpQ6MbC

To repeat, a non-binding resolution supporting NON-violent protests, while condemning VIOLENCE in response to the MURDER of 30 innocents was considered ‘supremacist’.

Maybe the difference is in the TARGET of the attack. Maybe Democrats, for all their years of killing babies en masse just have a cynical and cheapened view of the lives of the average US citizen.

Or maybe that’s unfair. Maybe it’s because so many of them live in Democrat-run hellscapes with murder rates to rival those of failed nation-states.

Maybe they are just reacting with extreme patriotism to an attack on the very symbols of the nation itself. We’ve heard references to this being the 9/11 of our generation, and there is reporting that pipe bombs were found. Could that be it?

Well, there’s a way to test that hypothesis.

Jerry Nadler, Bill Clinton, And The Terrorists Who Bombed The Senate

On his final day in office, Jan. 20, 2001, President Bill Clinton commuted the sentences of a pair of radical leftists serving time for bombing the U.S. Capitol building, where a 1983 blast shattered the second floor of the Senate wing.

Fact: House Judiciary Committee Chairman @RepJerryNadler got President Clinton to pardon terrorist Susan Rosenberg, who planted a bomb outside the US Senate chamber in 1983 to try to assassinate Republican senators. pic.twitter.com/5AaKYao5FK

…A historian interviewed by the Smithsonian described the group as an “offshoot” of Weather Underground, the domestic terror group led by Bill Ayers, who bombed the Pentagon and the Capitol in the 1970s and now lives as a prominent academic. M19’s acts of radical left-wing terror appeared to catch a sympathetic eye in Washington that would relieve its members of their time in prison.

According to the New York Post in 2001, New York Democratic Rep. Jerry Nadler, who today serves as the House Judiciary Committee chairman, played a “crucial role” in Clinton’s decision to commute Rosenberg’s sentence. Nadler’s rabbi, a Nadler spokesman at the time told the Post, gave “compelling information from [Rosenberg’s] parole hearing” to the Manhattan congressman, who, in turn, passed on the material to the White House counsel’s office. That transfer, the Post reported, played a “key role” in the president’s decision to include Rosenberg on his list of 140 last-minute pardons just moments before George W. Bush took the White House.

So, we have convicted terrorists belonging to a political offshoot of the Weather Underground [a group, incidentally co-founded by a man in whose living room Barack Obama literally began his presidential run].

These convicted terrorists attempted to murder sitting Republican Senators with a bomb that was successfully detonated.

These same convicted terrorists were set free by Bill Clinton. Why were they set free?

Because Jerry Nadler pled for clemency.

But now we are to believe that Jerry Nadler is shocked — SHOCKED, I TELL YOU — that a group of people upset that (in their view) the Constitution was NOT being properly upheld marched on DC to show their displeasure is a greater threat to the nation than the terrorist bombers whose freedom he specifically petitioned for.

You’re the same guy who tried to tell us Antifa was a ‘myth’. Strangely, that ‘myth’ has been redirecting to your nominee’s home page for months.

You have literally been profiting from political violence.