Here’s your chance to prove the ‘courage’ of your ‘convictions — or to show us just how quickly you can move those goalposts. Either way, Our side’s lawyers are taking notes.

The consolidation of political power is underway. It is beyond obvious that the endgame will be an iron grip on and control of any gateways that would allow the public distribution of information.

This is not accidental. This is a logical step that must be taken before progress toward total authoritarian control of a state can be made. But they’re going to gaslight us and tell us that it’s for the greater good.

Naturally. Scapegoats are ALSO a part of that progress toward total authoritarian control. They are a handy ‘get out of jail free’ card for taking responsibility when the government can’t deliver on its promises.

One of the scapegoats we’re seeing thrown under the bus right now is Parler. They have been blamed for the events of Jan 6th.

As a result of that blame, they have faced a coordinated attack from all of their business partners. They were shut out of both Apple and Google, Amazon broke a contract with them for their servers, lawyers cut ties with them, and even their email service went down.

In fact, this is the focus of a massive lawsuit Parler will be organizing. But aside from Parler’s innocence of the very thing they have been accused of, there’s another critical observation to be made here.

Since Glen Greenwald made this case so well, let’s hear him say it in his own words. The money quote at the end, we have highlighted in red: 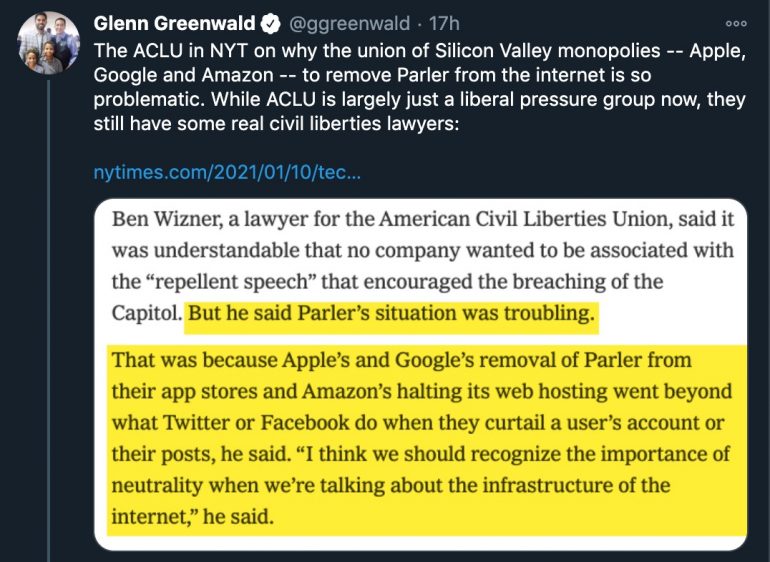 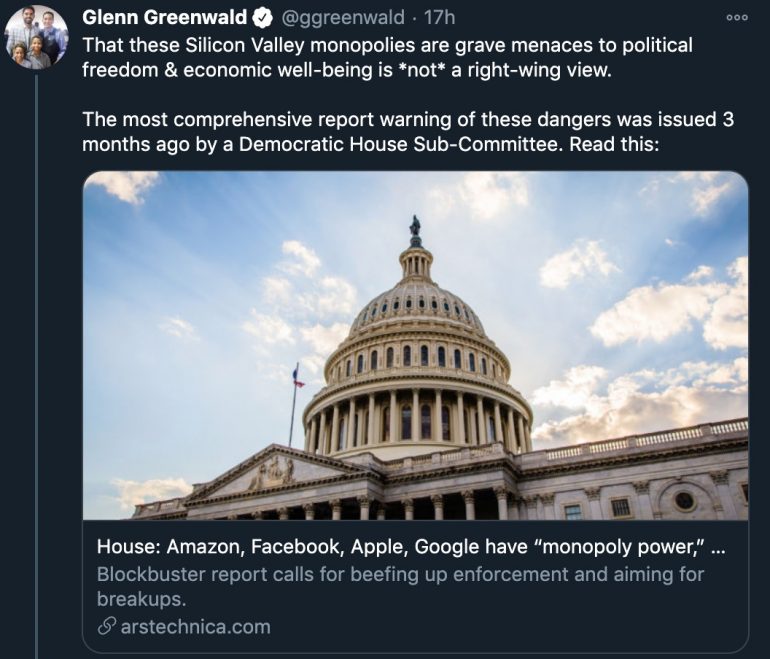 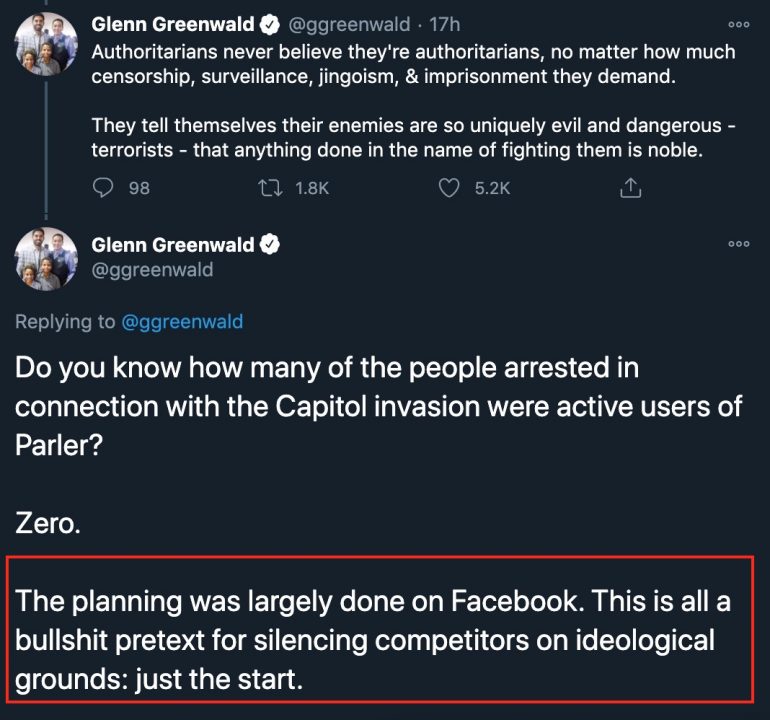 We look forward to watching the left flip cartwheels explaining why Parler, who was NOT involved in any serious degree in the planning of the events in question is singled out for ostracization while Facebook — which WAS actively used for the very thing Parler is accused of — gets a pass.

If the reason is anything other than Political affiliation, or ‘we’re protecing our turf from a rapidly-growing upstart competitor’ we’d like to hear it. More importantly, Parler’s lawyers would like to hear it.

If you want to stand up and be counted, you will face opposition. It helps to be a bit of a badass. How do you build up that trait? By learning from the examples of others who have done it before you. For example?