For the left, everything is a ‘zero sum game’ … except the things that actually are.

What we’re seeing play out in woke culture is the opposite of what MLK was fighting for.

In order to help people the narrative defines as ‘oppressed’ it becomes morally acceptable to disfavor certain people based on what identifiable characteristics they have, or victim/oppressor dynamics they can be measured by.

One example of how an intent to help disadvantaged people becomes a campaign of settling scores against allegedly ‘privileged’ ones shows up in this story.

A food chain based outside of Washington, D.C., touted that it increased its diversity hiring practices and lowered the percentage of white people it employs.

“Diversity matters – in the workforce and beyond. We’ve made strides to make CAVA a diverse, inclusive workplace and remain committed to expanding on the following,” the Mediterranean food chain CAVA said in a graph that was shared on its Twitter page Friday. –WashingtonExaminer 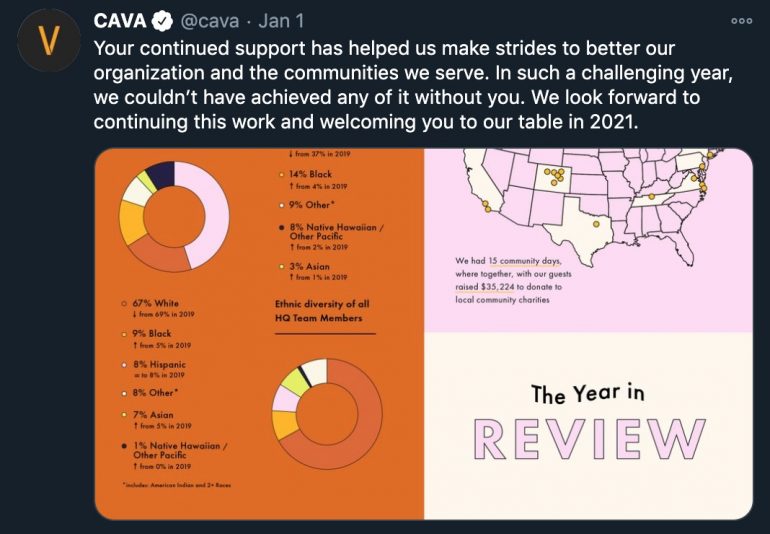 How did they claim to have made their company better? By shifting the overall racial demographics of their employees.

Considering the overall racial makeup of the country, one data point seems, curiously, to be moving AWAY from the approximate mirroring of America’s main street. 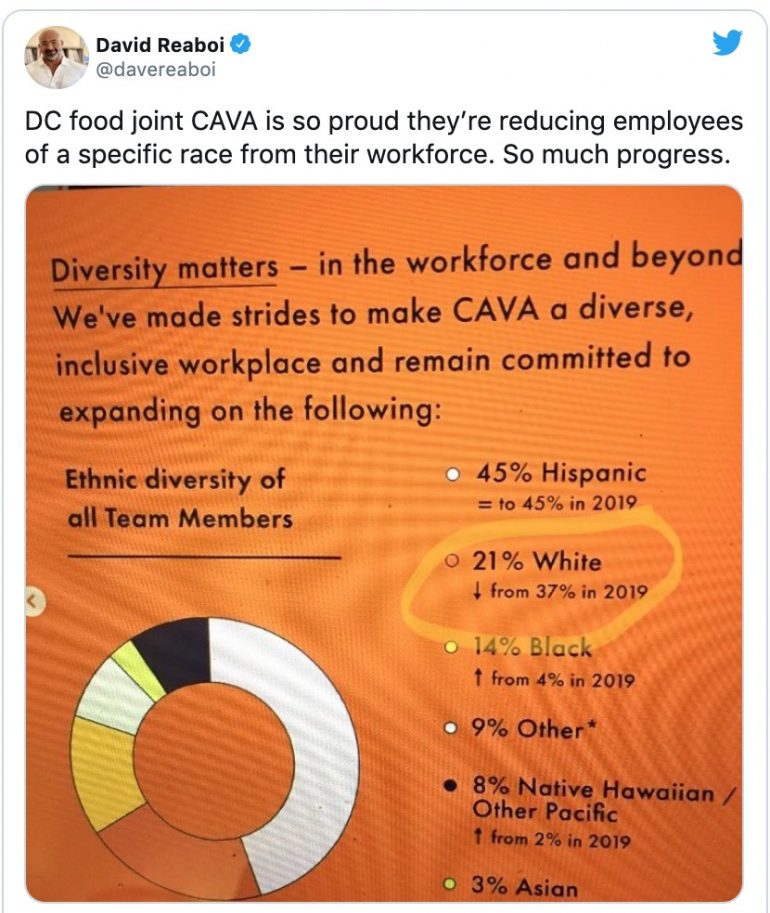 They are expressly couching this as something to celebrate in terms of social justice. For anyone paying attention, this reward-and-punish approach to ‘justice’ should surprise exactly nobody. The principle is the same regardless of whether we are talking about money, race, education or any of a potentially infinate number of oppressed/oppressor dynamics the left will leverage to push their agendas.

As a simple illustration…

If a businessman makes a billion dollars, it’s assumed he has exploited people. If a celebrity does, it’s assumed he’s a god. This is the messed-up ‘rational’ filter through wich the arsonists trying to burn down our culture view our world. Oppressor and oppressed.

Rather than make the pie ever-bigger — which precisely describes the engine of free enterprise that has made America the envy of the world for more than a century — the left wants to make arbitrary limits on who gets how much of what’s out there now.

The freedom that allows for an ever-expanding pie to benefit everyone is seen as ‘unfair’ to the left because we do not all benefit equally.

Rather than equip the most vulnerable among us with the tools and mindsets to harness the opportunities, they would rather punish the successful and demand that some of their gains be handed over… effectively at gunpoint by a government that can punish noncompliance.