Kamala Harris is upset. She was granted a spot the cover of Vogue magazine for nothing more than being, well, the minority woman Joe promised to add to his ticket… and now she’s upset how it turned out.

According to the New York Times, Harris and her team are at odds with the high-fashion magazine’s editorial team over their decision to select a casual photo of the Vice President-elect for their next magazine cover instead of a more formal photo that they feel casts Harris in a better, more professional light.

“February’s issue features Ms. Harris in a dark jacket by Donald Deal, skinny pants, Converse and her trademark pearls. She stands against a leaf green backdrop bisected by a spill of pink curtain, colors meant to evoke her Howard University sorority, caught in what seems like mid-laugh, hands clasped together at her waist,” the New York Times reports.

She’s also wearing a pair of Converse sneakers and appears to be caught off guard by the camera — two features Harris’s team say undermine the authority of her new position and may actually expose Vogue’s internalized prejudices.

Here’s the one they used… 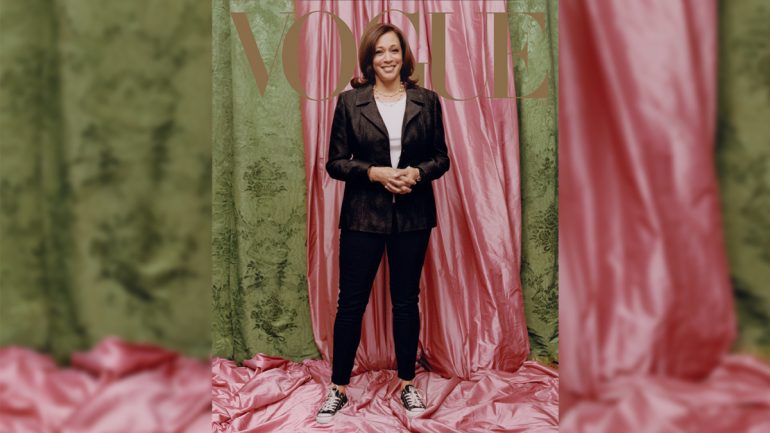 Here’s the one she wanted them to use… 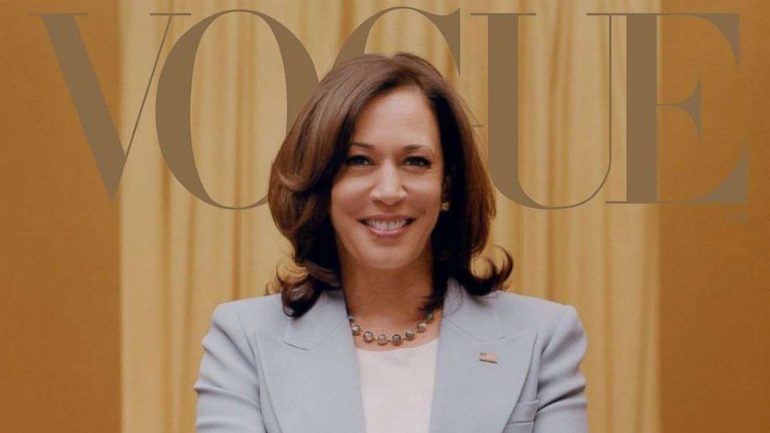 Vogue’s so-called ‘internalized prejudices’ are demonstrated by the fact that Hillary Clinton, Michelle Obama, and Kamala Harris have been on the cover, while Melania Trump has not.

If Kamala were honest with herself, she might come to realize that she’d finish second place in a one-person beauty contest — especially if character & personality were also counted in the grading.

What’s the REAL reason she is mad?

Maybe because they’re not giving her the digital makeover that DWS got. 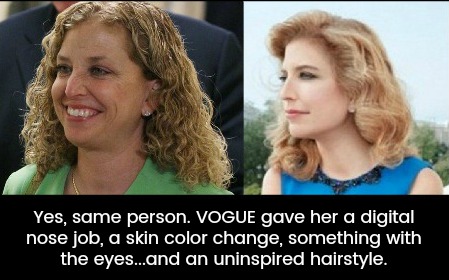 Strong female leaders don’t get wrapped around the axle by petty things like this.

THIS is what a strong female leader looks like.