This wasn’t just a typo, this was a deliberate thumb-in-the-eye at the sitting President and Vice President.

A screenshot of President Trump’s bio on the U.S. Department of State website was spreading rapidly on Twitter on Monday afternoon. 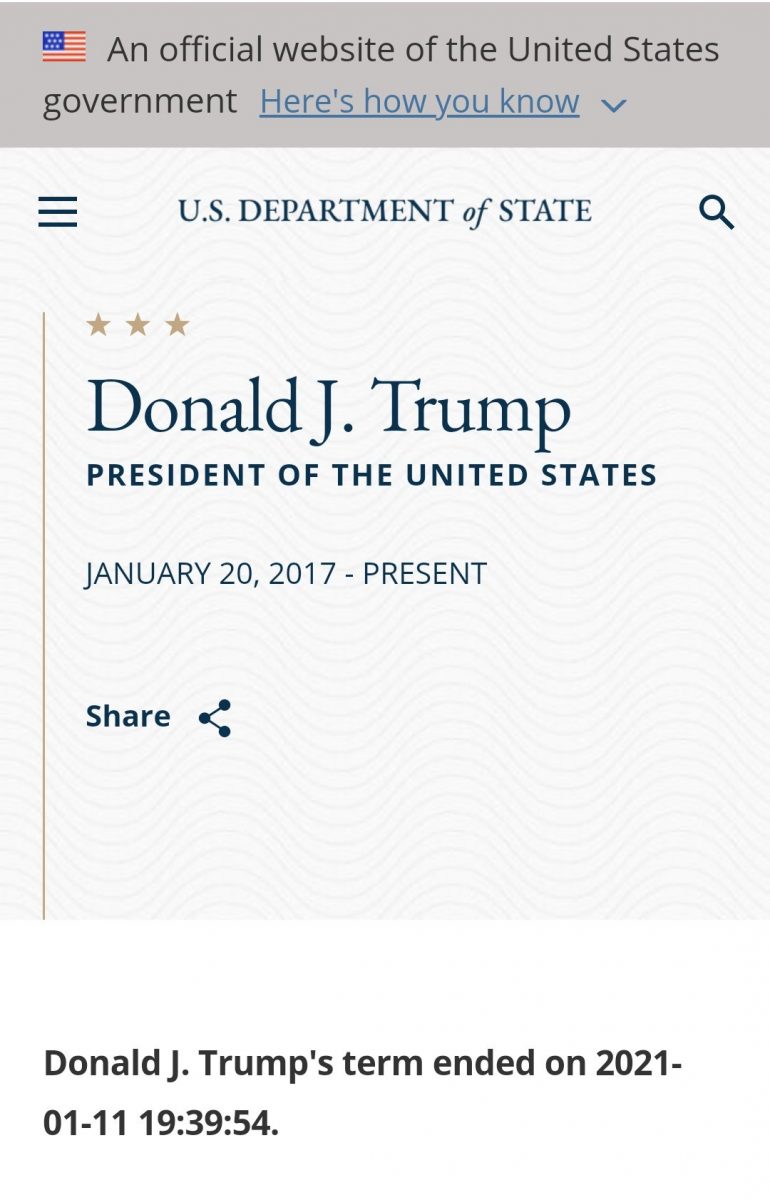 This timestamp is still hours away, so… it seems a bit odd.

This left a lot of people scratching their heads and wondering what was going on.

The State Department has claimed that a “disgruntled employee” made the change indicating that President Trump’s term was on a countdown to expire 9 days before Inauguration Day.

A disgruntled employee at the State Department changed the biographies of President Donald Trump and Vice President Mike Pence to say their term was coming to an end on Monday — nine days before President-elect Joe Biden is to be sworn in — two current-serving diplomats with knowledge of the situation told BuzzFeed News.

The changes to the State Department’s website come days after Trump incited a deadly insurrection at the US Capitol that has led Democrats to begin the process of impeaching him for a second time and led to calls for Pence to invoke the 25th Amendment and remove Trump from office. 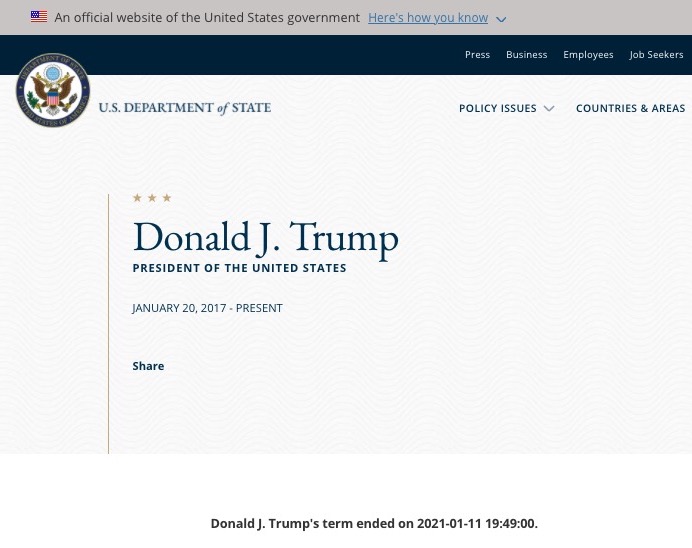 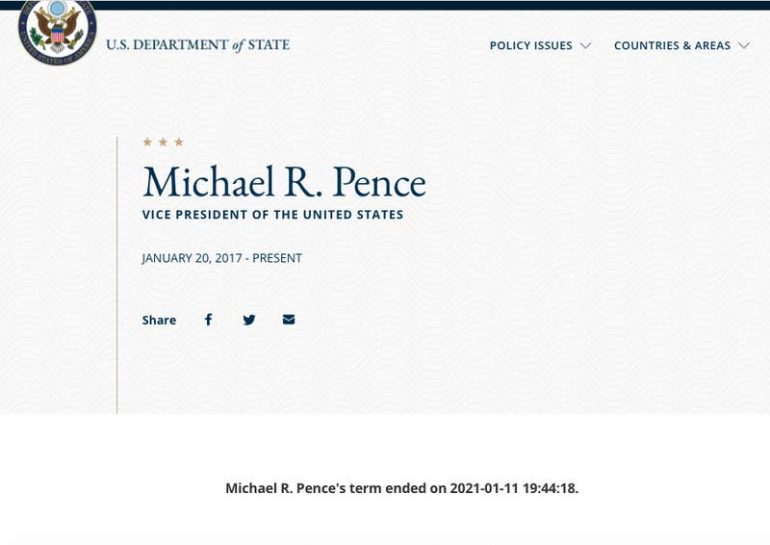 State Department officials said that it’s not a hack since it’s a “closed system” but the problem might be who has access to change information.

The sheer number of people who have access to the content management system that is used for the State Department website may make it very difficult to determine who made the changes.

Buzzfeed is reporting that Secretary of State Mike Pompeo has ordered an investigation into the matter beginning with interns and employees who will be leaving the State Department in the next week or so ahead of Biden’s Inauguration.

Why was it done now?

Apparently, emotions are running high in the waning days of the Trump presidency.

Foreign Policy magazine reported that dozens of U.S. diplomats have signed dissent cables condemning President Trump for allegedly inciting the crowd in D.C. on January 6 that led to the break-in at the Capitol.

They’re not too happy with the Secretary of State, either, because he refused to blame Trump for the handful of violent protesters.

Those outlets said that the second, strongest-worded cable rebuked Pompeo for his “failure to issue a statement unequivocally acknowledging that President-Elect Biden won the 2020 election” and protested the “President’s incitement of insurrectionist violence against the United States.”

More than 100 State Department employees signed the cable, including three who told BuzzFeed News they would have preferred even stronger language in them.

Their frustration, they said, stemmed partly from Pompeo’s weak statement, published in a series of tweets on Wednesday, that called the storming of the Capitol “unacceptable,” but did not include any mention of Trump.
Source: Buzzfeed

Who knows if we’ll ever learn who did this.