David Brock of Media Matters spelled this out as plain as day from the very beginning in his white paper for how to capture sole control of the internet, and push the Right out.

Do not mistake these events for ‘freedom of speech’ gone wrong in the context of the disingenuous corporate culture. This was an orchestrated plan to neuter the political right and drive them into the wilderness where their speech is free, so long as nobody is able to hear it.

This is, at heart, an Anti-Trust issue. We have been sounding this alarm for years.

Now, it’s not just Trump they are silencing or his inner circle.

Anyone aligned with him will (sooner or later) pay a price.

They just took down General Flynn and Sidney Powell.

Flynn and Powell both met with Trump at the White House in recent weeks as part of efforts to overturn the presidential election results. They are also high-profile figures in the QAnon community, and Flynn even took an “oath” to the conspiracy theory last year.

“The accounts have been suspended in line with our policy on Coordinated Harmful Activity,” a Twitter spokesperson told NBC News. “We’ve been clear that we will take strong enforcement action on behavior that has the potential to lead to offline harm, and given the renewed potential for violence surrounding this type of behavior in the coming days, we will permanently suspend accounts that are solely dedicated to sharing QAnon content.”

Coordinated harmful activity? The irony is so thick it could choke a man.

An actual, real-live reporter who goes into dangerous situations — including riots — with a camera and sometimes comes back with injuries to show for it wasn’t exempted from The Purge. 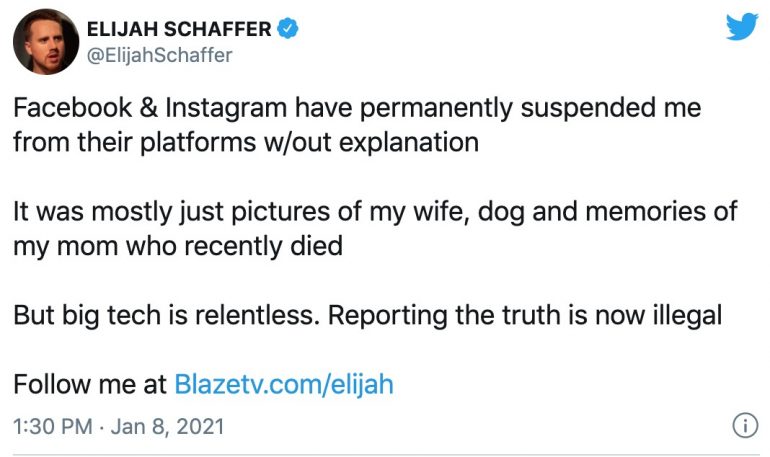 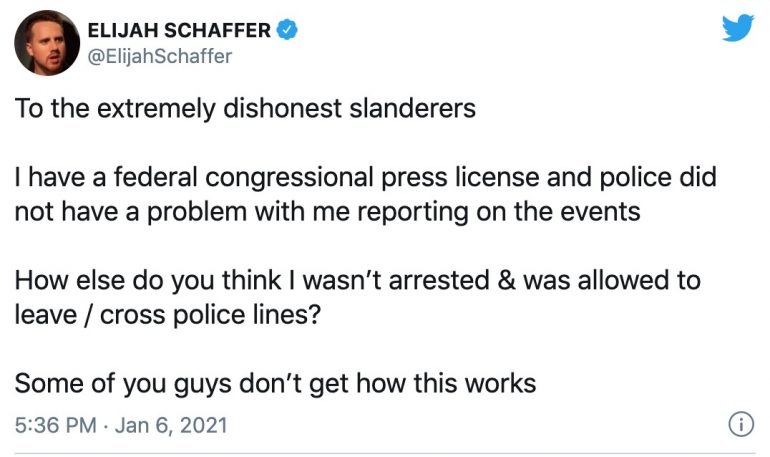 Where is all the left’s crying about their beloved Freedom of the Press now? They almost wept blood when that moronic showboat Acosta had his press pass revoked.

Here is CNN’s Oliver Darcy (who was instrumental in the cancellation of Alex Jones after Jones led the charge of mocking CNN with memes, see: ‘Meme War’) acting directly from the same David Brock playbook in a move to put the squeeze on a rival network. 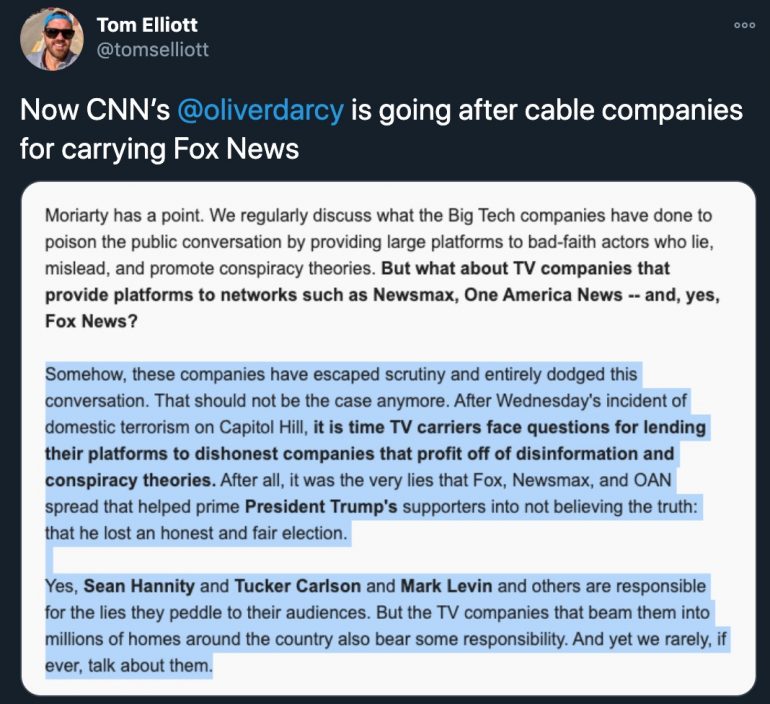 Even Mexico’s president opposes this.

Seems pretty short-sighted. What could be motivating this big push?

This seems more on point. 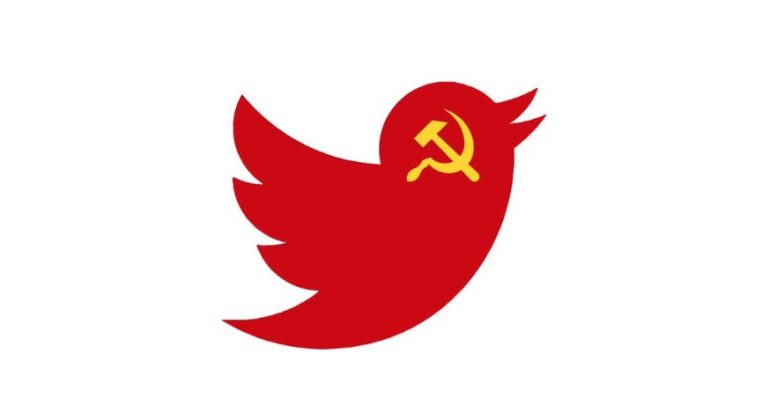 Nobody on the left is slated for removal. This has been long since planned.

As for the big picture, this seems worth thinking about… 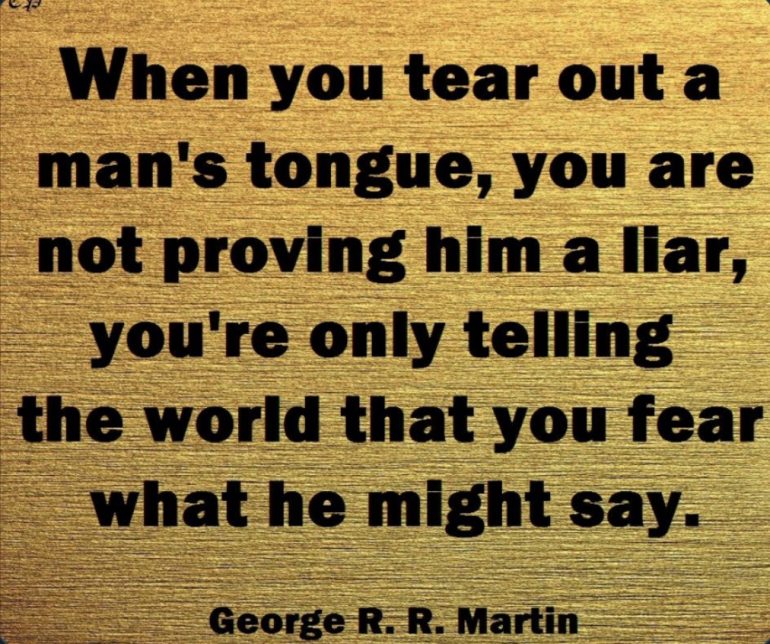 They disempower people when they fear what they might do, given the chance.

If ever there was a time to man up, it’s now.

If you know someone who needs a kick in the ass to get him there, start with this: