Pro-America principles are losing the dead weight and picking up a solid fighter at the same time? Bonus!

Even when he was a Democrat, this man was one of the few Democrats (like Tulisi Gabbard) who commanded our genuine respect.

Mainly, that was because he was not just another lockstep Democrat party drone. When Democrats worked contrary to the principles of the Constitution, especially with respect to socialism, Vernon Jones called them out on it.

Just days before the Georgia runoff election, he officially joined the Republican cause.

Here he is explaining how the Democrats are more interested in party discipline than upholding that oath to defend the Constitution — some parts of which they no longer support at all. They believe in censorship and socialism. He’s not putting up with any of that crap.

#Georgia State @RepVernonJones just switched from #Democrat to #Republican. He says the #GOP platform is more aligned with his beliefs. #VarneyCo pic.twitter.com/MPZeplDAD6

It’s literally another ‘I didn’t leave the party, the party left me’ scenario, showing us that the long march of the Democrats into a hard-left ditch is progressing apace.

I didn't leave the Democrat Party, the Democrat Party left me. I don't support defunding the police, socialism or tax hikes. I'm bringing a Grand New Perspective to the Grand Ole Party! Let's get to work! @MariaBartiromo @FoxNews #FeelTheVern ?? https://t.co/mttpFqwHYz

He gives a great explanation of his overall rationale for changing his affiliation here: 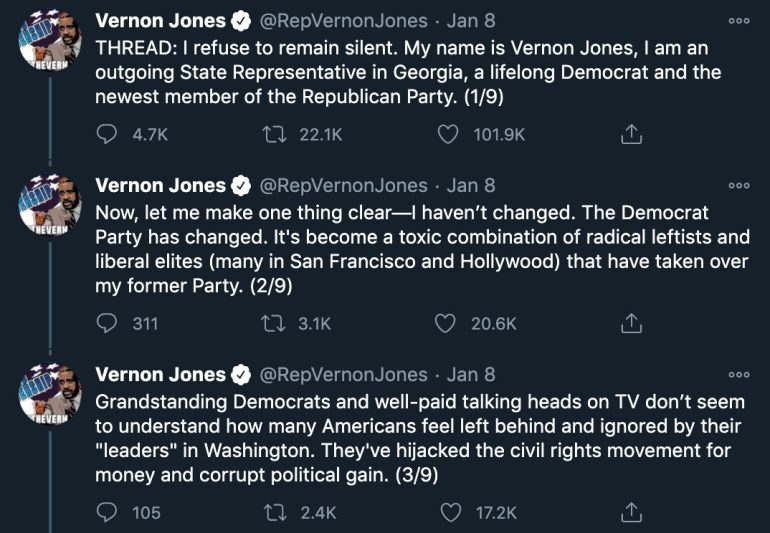 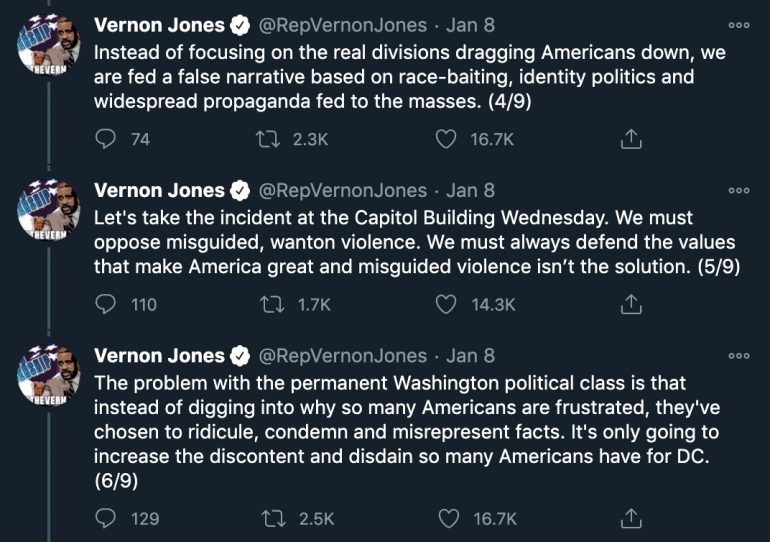 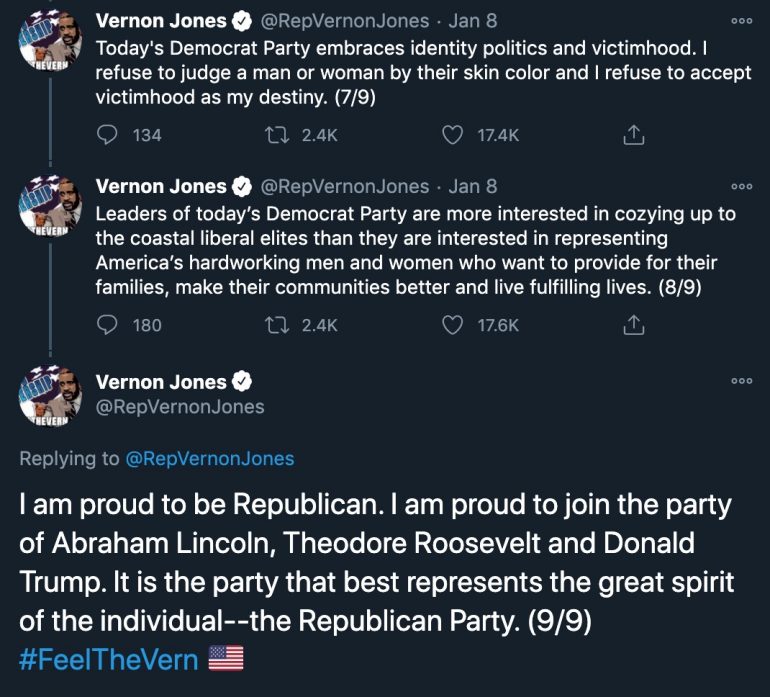