It’s not because he’s Canadian and white — because that’s not all that unusual, after all, Drake is half-Jewish and Canadian. MacDonald is unusual because he calls things as he sees them and he has a real problem with “wokeness” and cancel culture.

He’s also completely independent — no manager, no label. He’s doing this all himself and his girlfriend films his videos.

Just check out these first few lyrics of his #1 hit song, “Fake Woke”:

I think it’s crazy I’m the one who they labeled as controversial
And Cardi B is the role model for 12-year-old girls
There’s rappers pushin’ Xanax at the top of the Billboard
But if I mention race in a song, I’m scared I’ll get killed for it
It’s backwards, it’s gettin’ exponentially dumb
It’s more difficult to get a job than purchase a gun
Eminem used to gay bash and murder his mum
And now he doesn’t want fans if they voted for Trump
We’re ashamed to be American, you should probably love it
‘Cause you have the right to say it and not gеt strung up in public
Source: Genius Lyrics

Not quite the usual hip-hop themes in there, eh?

The guy might have the face tattoos and look a bit like a serial killer (as Glenn Beck said) but he’s a smart guy who sees the danger of cancel culture and the fake wokeness.

MacDonald had been featured by Glenn Beck earlier this month when the song “Fake Woke” was released:

MacDonald’s critics have called him racist and sexist for his views. Check out his views on abortion: “tell me how this works/Bacteria is life on Mars, but a heartbeat isn’t life on Earth? Weird.”

Just a few days ago, the “controversial rapper” was interviewed by Carley Shimkus on Fox News. 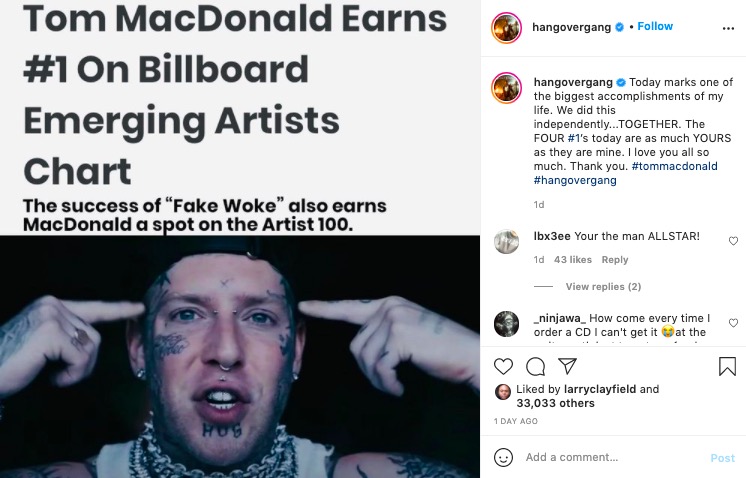 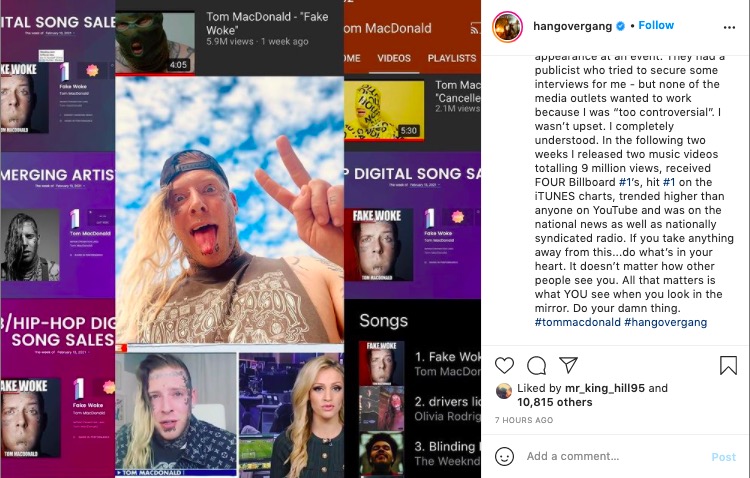 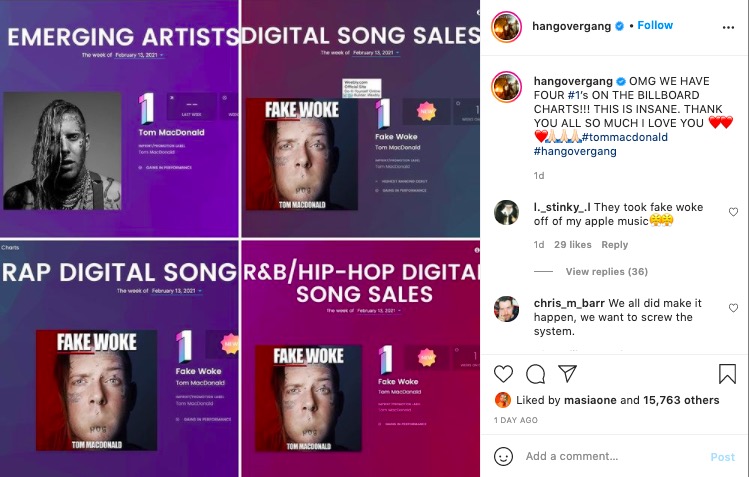 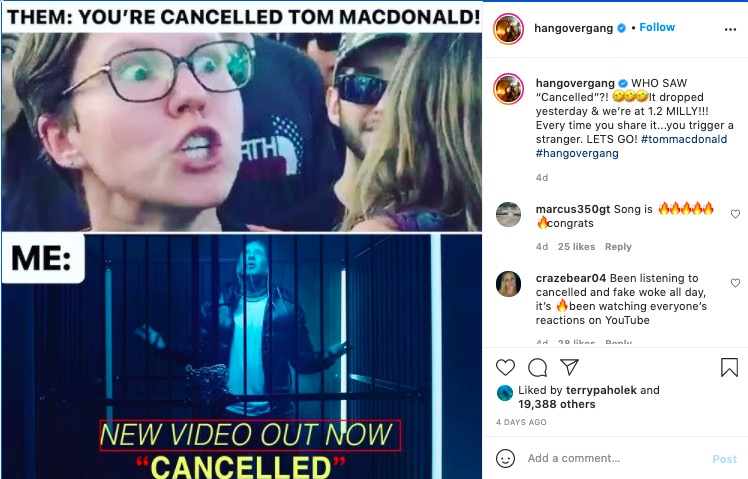 There’s 2 ways to report the news, I guess 🤣 Who heard the name drops in “Cancelled”?! I thought I was showing love…what y’all think?

Because MacDonald is completely independent, he can’t be “Cancelled” by some manager or label.

He’s got some interesting merch on his store, by the way. But keep Glenn Beck’s warning in mind if you head on over to MacDonald’s official site.

This is an interesting phenomenon.

People seem to really like his music. Check out MacDonald’s highest positions on the iTunes charts — five songs all of which reached the Top 10. 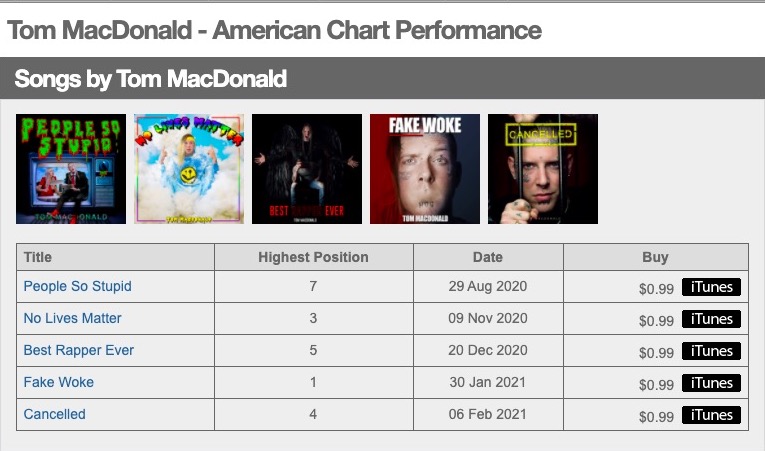 People seem to be loving MacDonald’s anti-woke music, which isn’t great news for the wokescolds, is it?

Gov. Abbott And CPD-Amount Of Illegal Fentanyl Entering US Through Mexico Skyrocketing
May 18th, 2021 The Lid

Rep. Cori Bush alleges she was cured of COVID by faith healer over the phone
May 18th, 2021 Liberty Unyielding