When it comes to exercising power, Democrats have a simple system — ‘does it advance party priorities,’ and ‘do we have the political power to make it happen?’

For all their pretense about representing the people, and standing as the great defenders of democracy from the supposed authoritarian right, how are they using that power when they have a 50-50 senate?

Democrats have become so brazen that they are now pushing forward nominees to toxic and partisan to even gain full Democrat support.

Here’s Manchin’s statement explaining why he would not support the nominee: 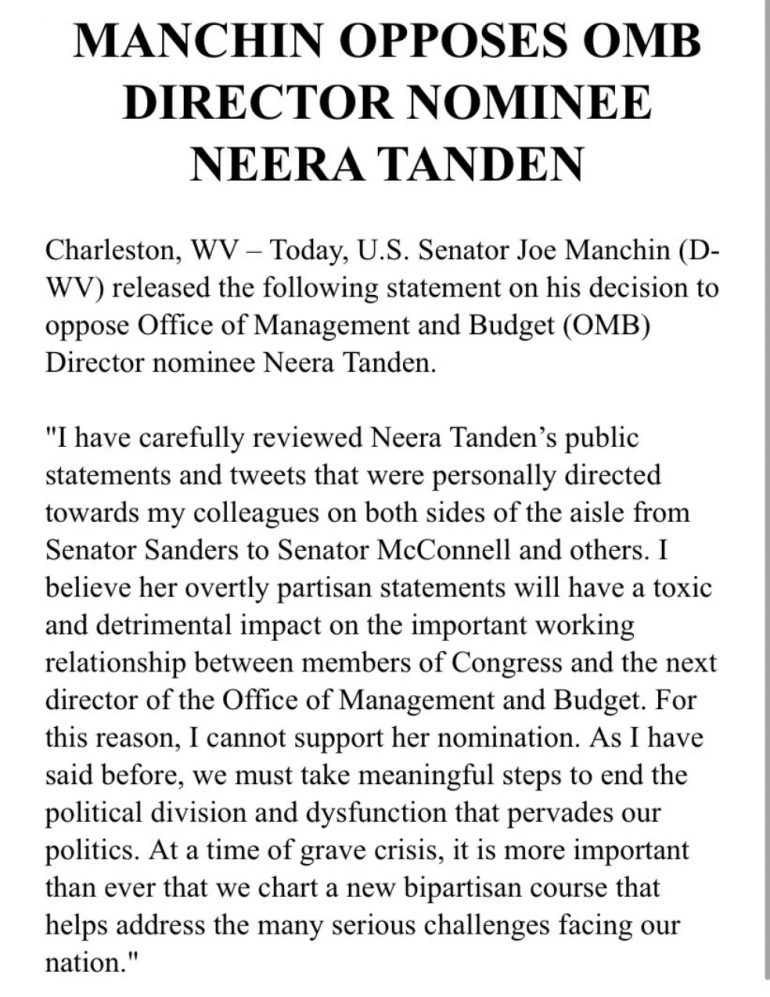 “I have carefully reviewed Neera Tanden’s public statements and tweets that were personally directed towards my colleagues on both sides of the aisle from Senator Sanders to Senator McConnell and others. I believe her overtly partisan statements will have a toxic and detrimental impact on the important working relationship between members of Congress and the next director of the Office of Management and Budget. For this reason, I cannot support her nomination. As I have said before, we must take meaningful steps to end the political division and dysfunction that pervades our politics. At a time of grave crisis, it is more important than ever that we chart a new bipartisan course that helps address the many serious challenges facing our nation.

Remember when those of us on the right expressed concern that Joe Biden was an empty suit, a proxy who seemed less radical than Bernie, but who would deliver an agenda every bit as socialist as Bernie’s?

Remember when he proudly proclaimed he had ‘defeated’ Bernie, and that HE was the Democrat party now?

Remember how he proclaimed that we were to move forward in a direction to ‘heal’ the nation, and embrace unity?

How’s that plan working out so far?