From time to time, the world is presented with moral dilemmas. Sometimes the world rises to the occasion, but more often it does the hard thing only after all of the easier options have been exhausted.

The Olympics, ever since they were reinstituted, have been a great example of international brotherhood, an opportunity for peaceful competition despite living in turbulent times. It is meant to treat all of humanity as one people, gathered from our different nations around the world.

As beautiful as that imagery is, that imagery itself can be, and has been, used by corrupt politicians to conceal dishonest motives or drive propaganda. British Parliamentarian, and Liberal Democrat party leader made an impassioned plea for boycotting next year’s Winter Games in Beijing.

Bryant said: “All five categories of genocide behaviour, according to the Genocide Convention, are already in play in Xinjiang province. So I think it’s just extraordinary that the British government seems to have no backbone about it.

Davey said the UK had allowed its sports stars to be used for propaganda in the past, such as when the England football team was instructed to give a Nazi salute in 1935.

“No doubt we will hear teams, sponsors and governing bodies say the Olympics and Paralympics should be separate from politics and that they are just concentrating on sport. But in the face of genocide, that just isn’t good enough,” Davey said.

“The 2022 Winter Olympic and Paralympic Games will be used as a propaganda tool for a regime committing genocide. Team GB, ParalympicsGB and the government have a moral responsibility to consider if sending a team to these Games is really the right thing to do.”

He said that unless the Chinese government ordered the closure of detention camps in Xinjiang, ended Uighur forced labour and ethnic cleansing, stopped sterilising Uighur women and stopped the torture and rape of Uighurs, then Team GB, ParalympicsGB and ministers should announce a boycott. “Our brightest and best athletes should not be forced to be part of a propaganda exercise for the Chinese Communist party while it tries to wipe the Uighur people off the face of the planet.” —Guardian

It isn’t just some British Politicians raising this issue, either. Rights groups have come together and penned an open letter making the same case.

A coalition of 180 rights groups on Wednesday called for a boycott of next year’s Beijing Winter Olympics tied to reported human rights abuses against ethnic minorities in China. — AP

This call for boycotts seems to have gotten China’s attention. They seem a little bit pissed off that some people might choose, of their own free will, to NOT support a country seen to have trouble working and playing well with others.

The Communist Chinese Party mouthpiece has voiced clear displeasure and has leveled an open threat to anyone not freely participating in this festive and joyous athletic situation. 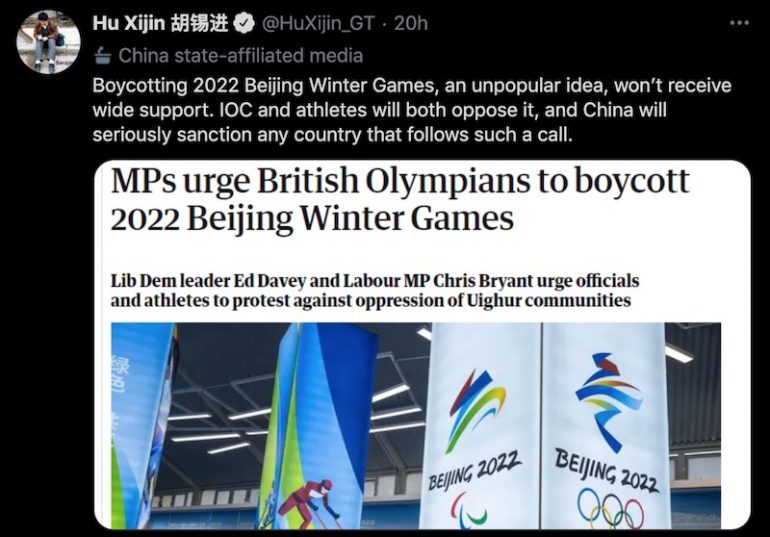 Because nothing captures the spirit of the Olympics quite like an ultimatum leveled against its attendees. And how exactly does this CCP sock-puppet know an idea nobody has heard of yet is ‘unpopular’ and ‘won’t catch on’? Oh that’s right, he’s trying to get ahead of the message. As the Bard once wrote, ‘methinks thou dost protest too much’.

Then again, if this got traction, it wouldn’t be the first time China had wildly underestimated the power of public opinion. 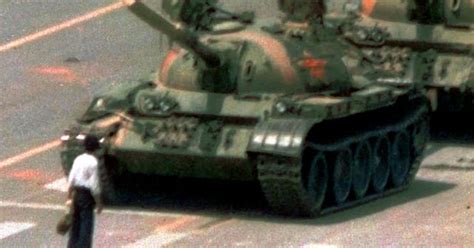 So, what do our readers think of the boycott? Is it a good idea or bad idea?

Should USA join a boycott of China's 2022 Winter Olympics?