If this is the future of our nation, then Heaven help us all. . . especially if there’s any truth to those not learning from the past being doomed to repeat it.

For those of us whose job it is to keep track of things, Helen Keller was not a topic one would have expected to see trending on Social Media. As it happens, there was a good reason her name was trending. It had to do with what one longsuffering schoolteacher discovered about what his class knew, didn’t know, and — key point here — only thought they knew. 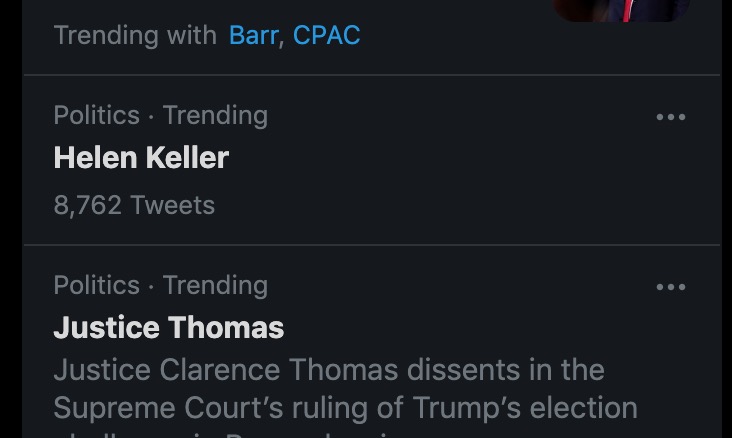 This history teacher had what sounds to be a class of mostly giggling teenage girls. We don’t expect young people to know everything there is to know about history before they learn it in school, but we DO expect that they would have picked up at least a few things.

Like so many teachers do early in a semester, he had one of those conversations with his class where he kicks around some ideas to get a read on where his students are at, so he understands their starting point.

More chilling than what they don’t know is their absolute certainty about things that aren’t true. What one giggling girl had to say about Helen Keller will leave you speechless.

The fact that this teacher kept it together without losing his $#^! is a testament to his professionalism.

Just a sampling of what his middle school students were saying:

“Helen Keller is the Nazi guy.”

One student actually knew that Hellen Keller was deaf and blind. But had some ‘interesting’ insight into her life that nobody else has… (because it’s insane).

Then he asks them if they are familiar with Pearl Harbor and D-Day. If we gave you a thousand guesses, you wouldn’t get their replies.

It reminds one of that famous Ronald Reagan quote:

While others talk about reopening public schools, maybe we need to rethink that. If this is the sum total of middle schooler’s awareness of the world around them, there’s a strong case to be made that we’re better off looking at other options.

Kudos to this teacher who hasn’t yet given up the fight against ignorance. As they say, ‘not all heroes wear capes’. We wish him Godspeed in the fight.