Here’s the Maxine Waters clip courtesy of the Washington Post:

Here are the screenshots of the post for posterity: 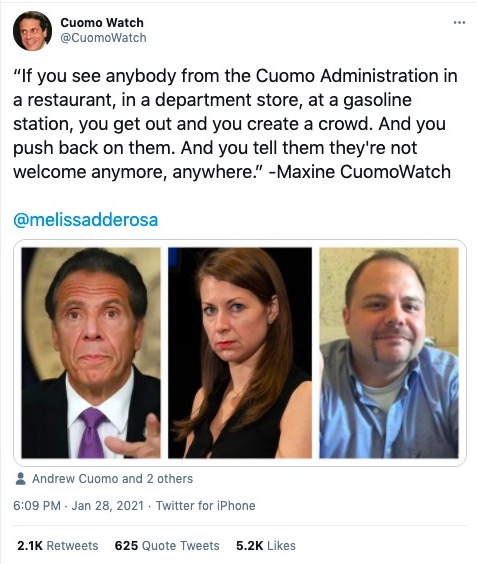 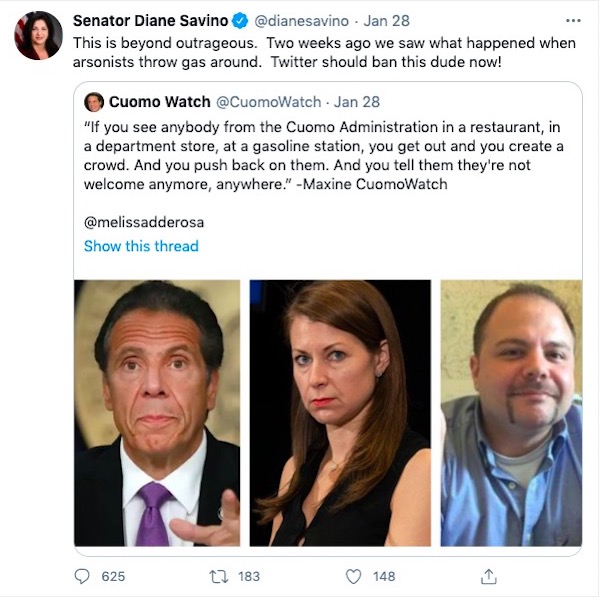 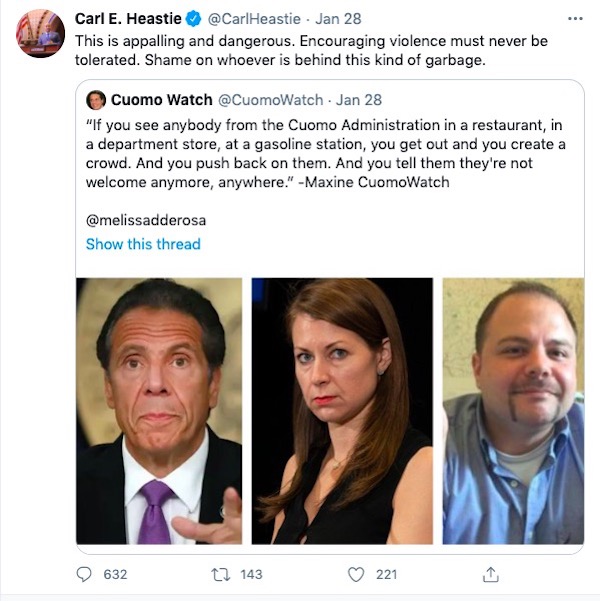 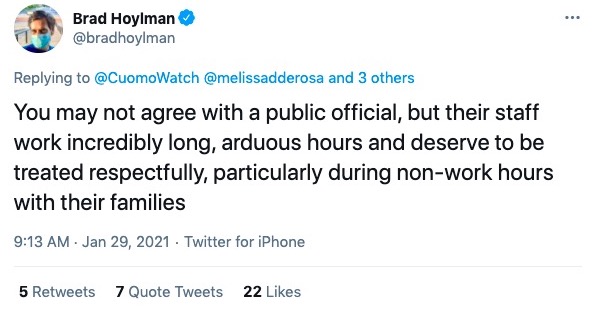 I’m a little confused what the problem is here… Didn’t Speaker Nancy Pelosi say that “people would do what they will do” when rioters were toppling statues and harassing Republicans?

I mean, when Congresswoman Maxine Waters said these outrageous comments, right-wingers all with one voice denounced them as dangerous and threatening. I know that the New York Times and CNN crowd don’t know that, though.

The (fantastic) Twitter account, Aldous Huxley’s Ghost was educating the blue-check masses that this was a reworded quote by Congresswoman Waters. It’s rather telling that they weren’t outraged when she said it, but now that it’s targeting one of their own, they are incensed. 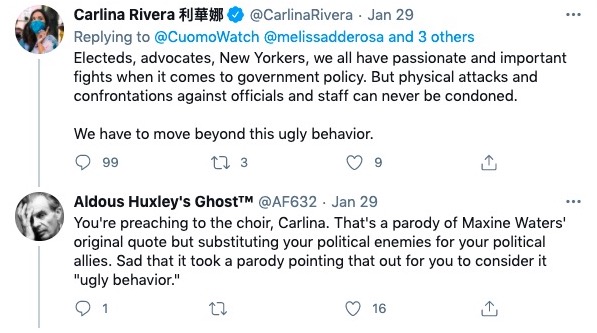 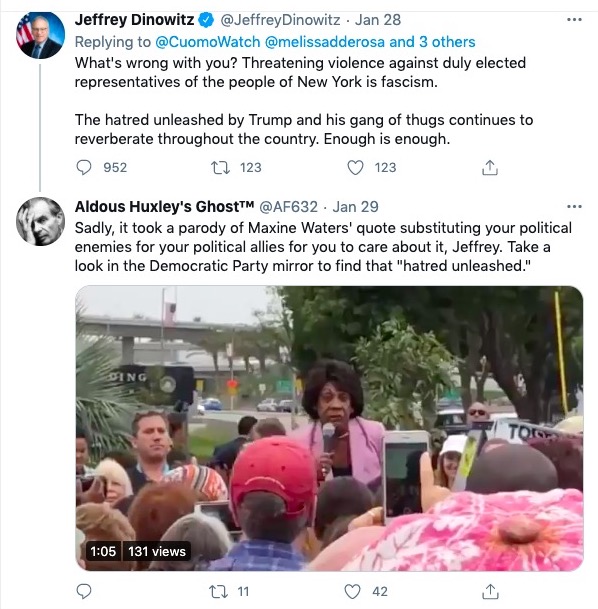 Journalist Alex Griswold noted that Cuomo Watch managed to get quite a haul.

It’d be bizarre even if it were legit, because they’re just dogpiling some complete rando, who cares man

(I think it goes without saying, but yes they’re all Democrats)

The lack of the ability of some Democrats to be able to critique their own side when they do atrocious things is just astounding.

For some Democrats, if they didn’t have double-standards, they wouldn’t have standards at all.

Another Local Reporter Stops Mid-Broadcast to Inform Station She Is Taking Them Down
June 21st, 2021 Flag And Cross

Roger Stone Under Investigation In Connection With Capitol Riot
June 21st, 2021 The Lid

America’s Folly: Gambling the Health and Safety of our Children Against our Very Existence
June 21st, 2021 TCP News