The Democrat Congresswoman from New York’s 14th District has been claiming that she nearly died during the riot on Capitol Hill. Twitter users just aren’t buying her story.

Rep. Alexandria Ocasio-Cortez is being dubbed “Alexandria Ocasio-Smollett” as details emerge that she exaggerated the extent of her “trauma” from the Capitol riot, given that she was not at the site of the siege, but in an office building nearby.

In the four weeks since the riot, Ocasio-Cortez (D-NY) has said repeatedly that she feared for her life on Jan. 6, as a result of a “very close encounter.”

This week, the progressive pol shared more details of that encounter during an Instagram Live.

Ocasio-Cortez was in her office, which is located in the Cannon building, when rioters stormed the Capitol. The building is part of the overall Capitol complex, but is not within the Capitol building itself.

She had been barricaded in her office for hours when a man who turned out to be a Capitol Police officer rushed into her office to direct her to a safer location for lawmakers.

The officer, AOC said, had “anger and hostility in his eyes,” making her question if he was trying to put her in a “vulnerable situation.” Still, she chose to trust him and not “pass judgment.”

The 31-year-old lawmaker then became emotional, revealing that she was a sexual assault survivor, which caused her to “struggle with the idea of being believed.”

Rep. Katie Porter (D-CA), whose office is next to that of Rep. AOC, said that the younger Congresswoman entered her office and started opening cabinets looking for a place to hide. Rep. Porter told her that she was “a mom” and had plenty of supplies on hand to sustain them. AOC responded, “I just hope I get to be a mom. I hope I don’t die today.”

AOC has posted frequently on social media about her “harrowing” near-death experience and a few days ago detailed her version of events on Instagram.

But she’s been saying that she feared for her life many times before.

She’s really been making this all about herself for weeks now.

The problem with her story, however, is that rioters did not storm the building in question, which was confirmed by Rep. Nancy Mace (R-SC), who tweeted, “My office is 2 doors down. Insurrectionists never stormed our hallway.”

The accusation began to circulate on social media, resulting in the Democratic socialist getting dragged on multiple platforms including her favorite, Twitter.

After being called out by conservative journalist Jack Posobiec on the platform with a map of the Capitol complex, the New York lawmaker responded.

“This isn’t a fact check at all. Your arrows aren’t accurate. They lie about where the mob stormed & place them further away than it was,” she tweeted Wednesday afternoon. “You also fail to convey *multiple* areas people were trying to storm. It wasn’t 1. You also failed to show tunnels. Poor job all around.”

HILARIOUS: AOC Compared To Smollett When Her ‘Victimhood’ Story Falls To Pieces

She was roasted on Tucker’s show:

How could you not love @TuckerCarlson 😂 pic.twitter.com/6g8TuCVeUf

Shout out to @bennyjohnson for this gem of #AOCSmollett 🔥 pic.twitter.com/880blGUsX5 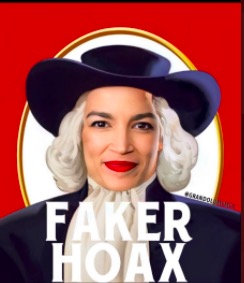 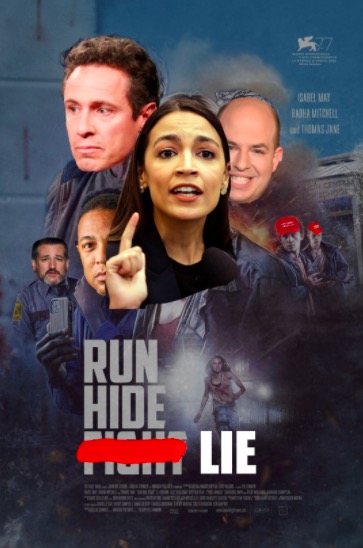 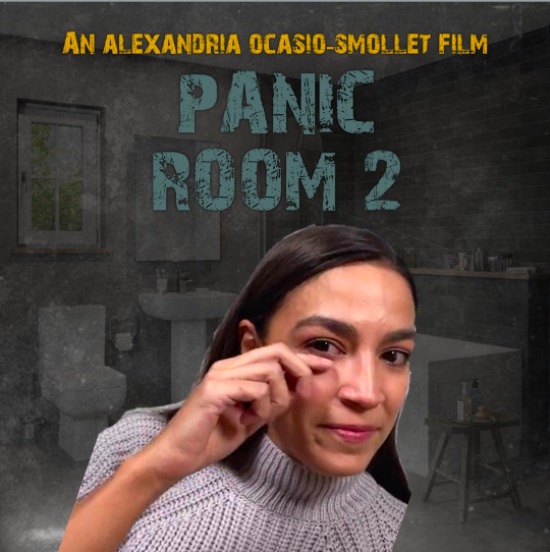 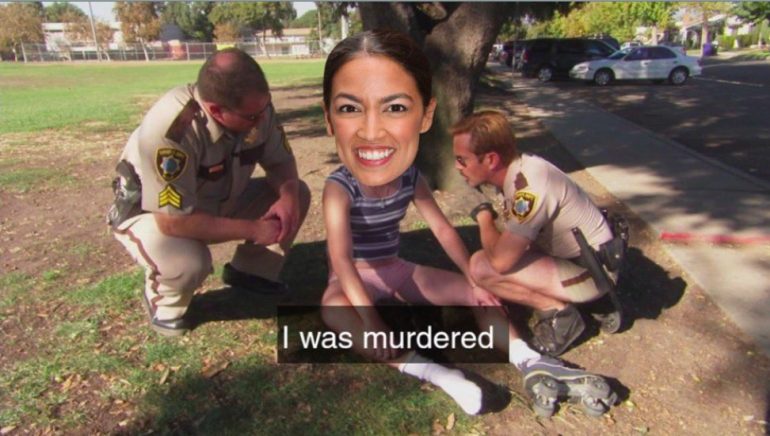 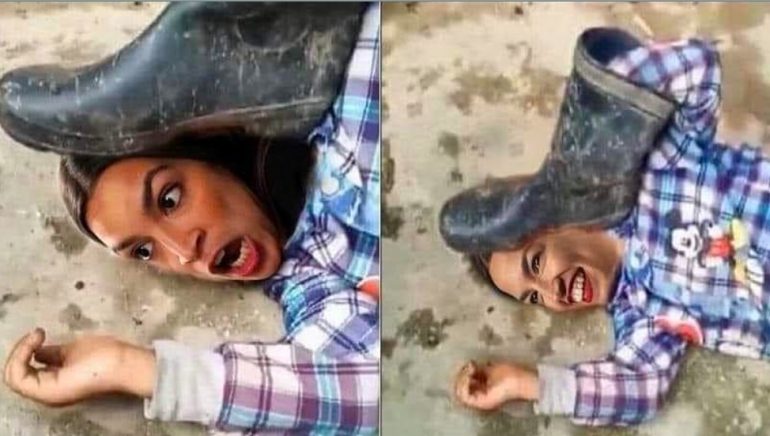 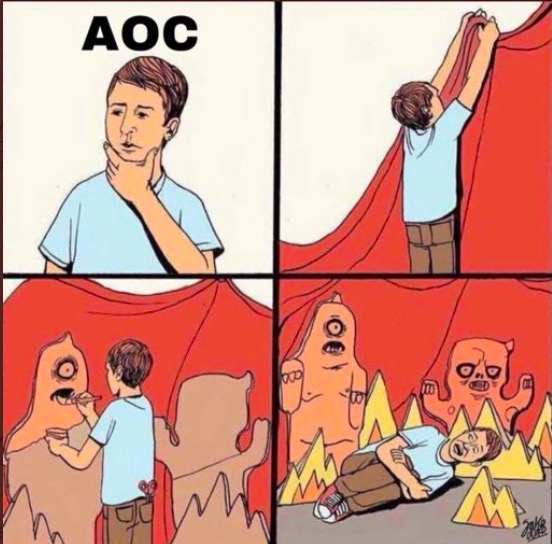 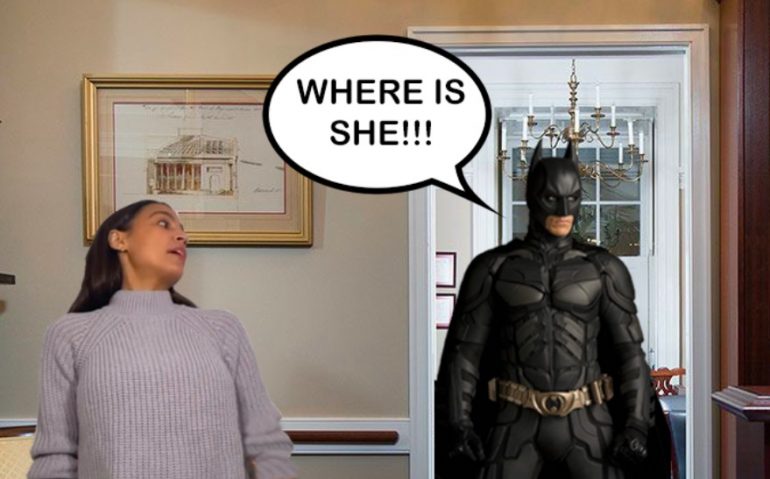 There were lots of memes about her bravery… 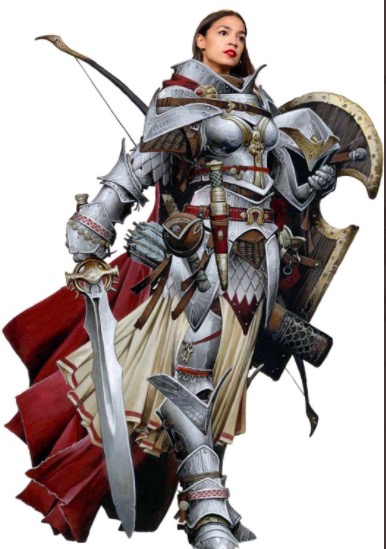 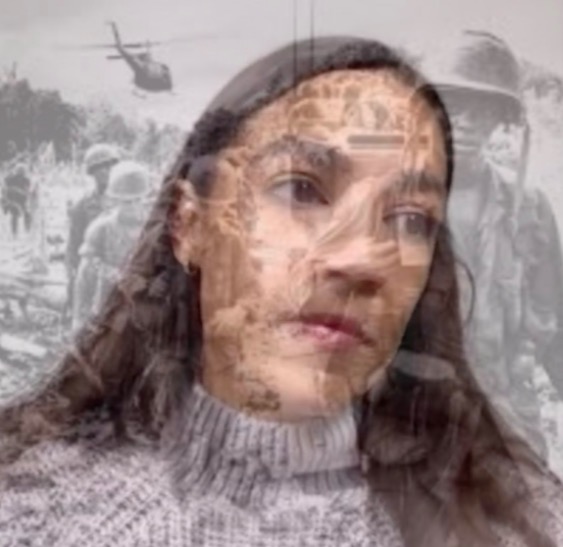 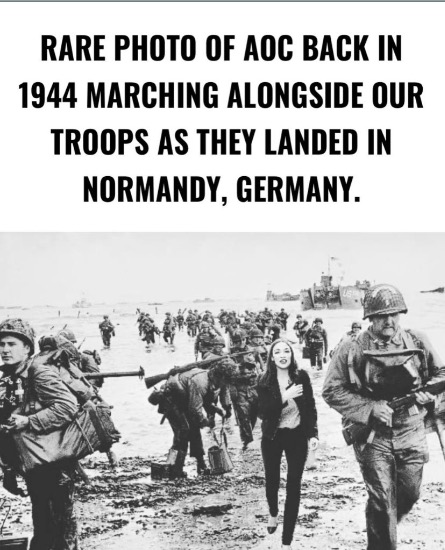 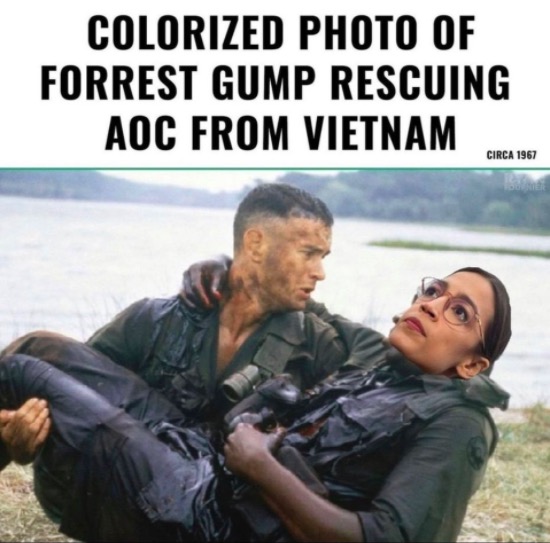 I am old enough to remember when #AOCSmollett survived the Battle of Helms Deep. pic.twitter.com/7OjSHav4rQ

Early pic of #AOCSmollett Getting ready to liberate Kuwait pic.twitter.com/N8N0ciDvaa

Of course there were many that compared her to Jussie Smollett: 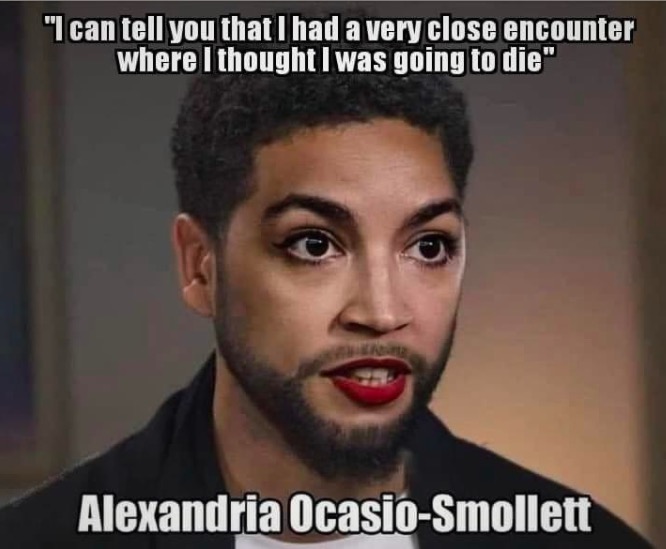 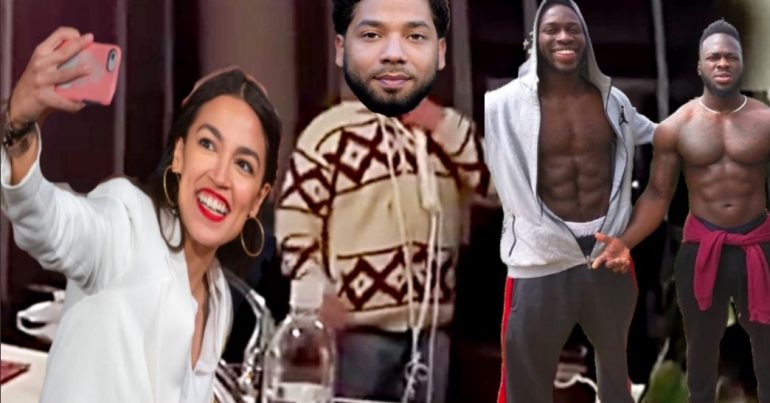 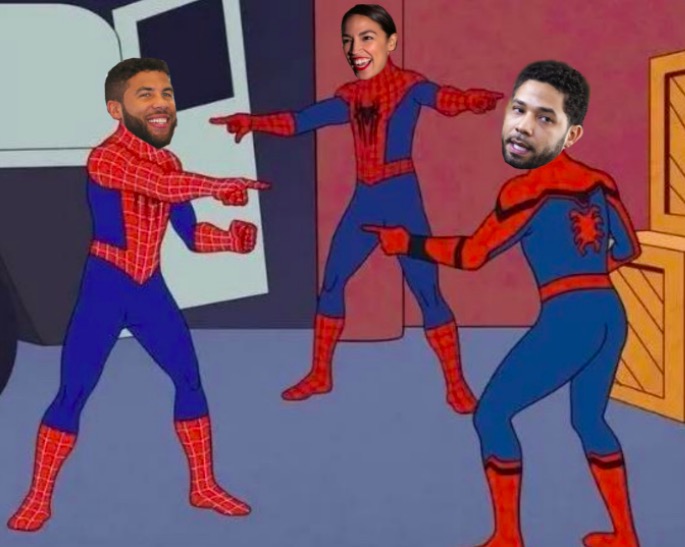 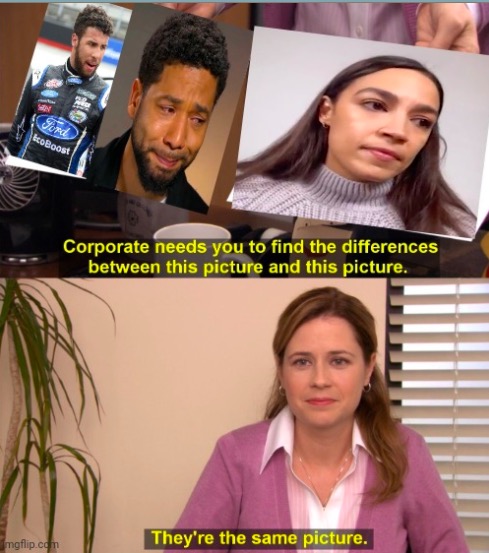 More put her in imminent danger: 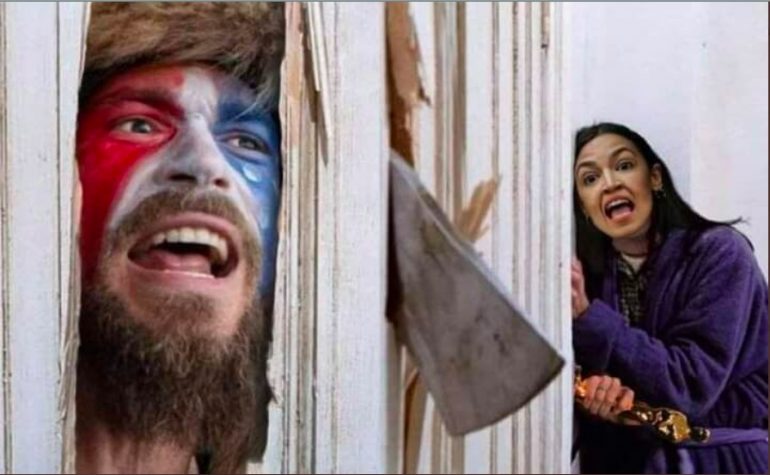 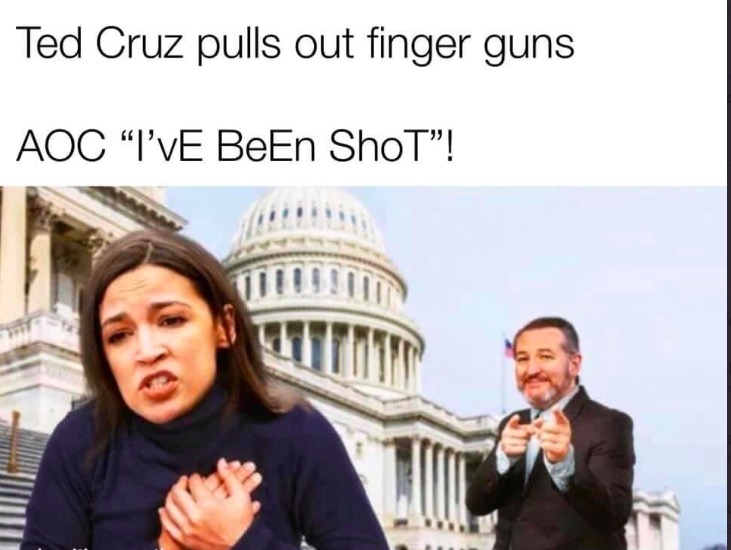 Still others mocked her 2018 photo-op in the parking lot: 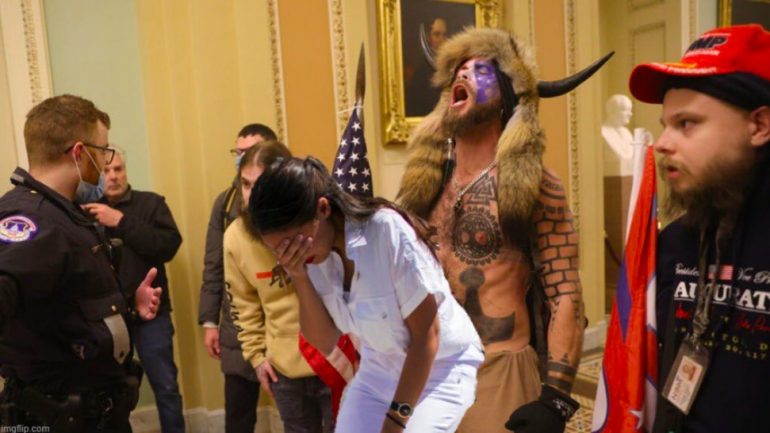 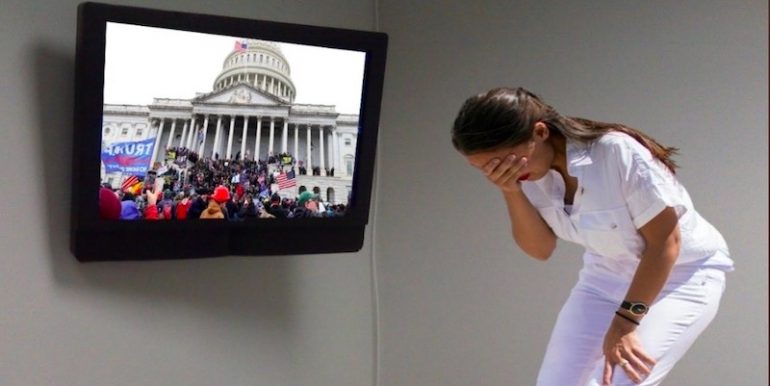 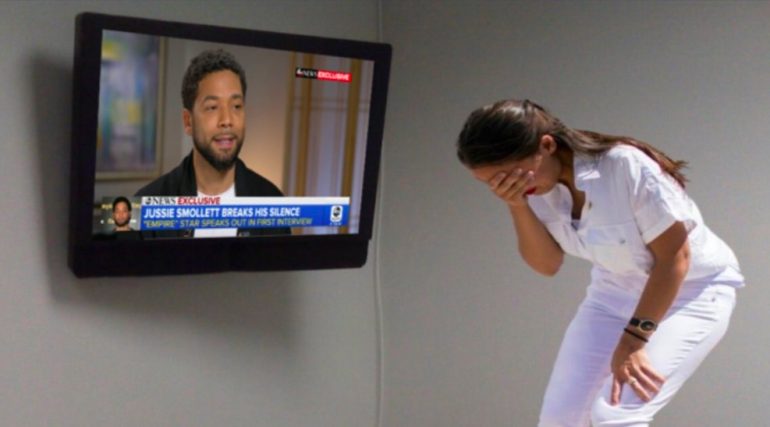 But, in my humble opinion, the best one was the repurposing of the Cat Meme. 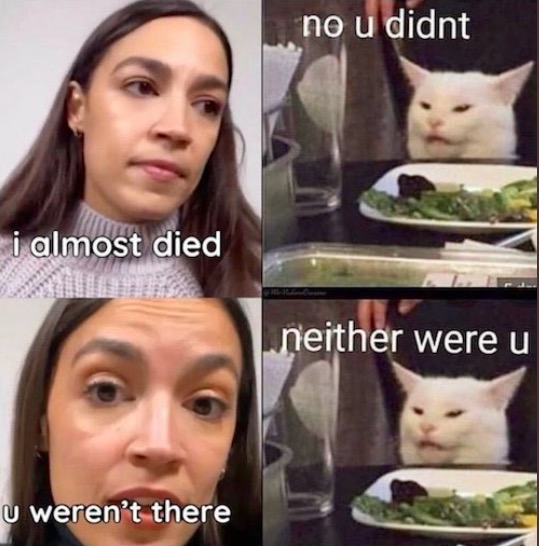 Don’t worry, our Media Betters are on it to tell everyone the truth. The Associated Press fact-checked a meme mocking AOC’s “harrowing” story.

The Associated Press has “fact checked” the meme going around that a Capitol Hill police officer told AOC “This is MAGA Country” when she was imagining almost dying.😂

Speaking of fact checks, since ClashDaily is likely going to be targeted for cancelation for “dangerous and derogatory content” because we are posting these memes — which has happened with The Great Swalwell/Matthews #FartGate story of 2019 — but especially because these are memes mocking the Democrat Darling, CONGRESSWOMAN Alexandria Ocasio-Cortez, I will post a link to what a meme is by Digital Trends for all of the humorless college-aged fact-checkers, leftwing keyboard warriors, algorithms that scrape content for keywords, and the Censorship Duo, CNN’s Oliver Darcy and Brian Stelter. You’re welcome.