This impeachment circus is really challenging political hacks to up their game in some of the dumbest takes they can come up with. Andrea Mitchell and Jennifer Rubin have risen(?) to that challenge.

Giving his opinion of how Impeachment 2.0 has been unfolding so far, he summed up his contempt by citing a famous quote from literature. You may recognize it:

“It’s reminiscent of Shakespeare — that it is ‘full of sound and fury,’ and yet ‘signifying nothing,’” Mr. Cruz said. — WashingtonTimes

The media’s knee-jerk reaction to denounce and fact-check anything said by a Republican kicked in. 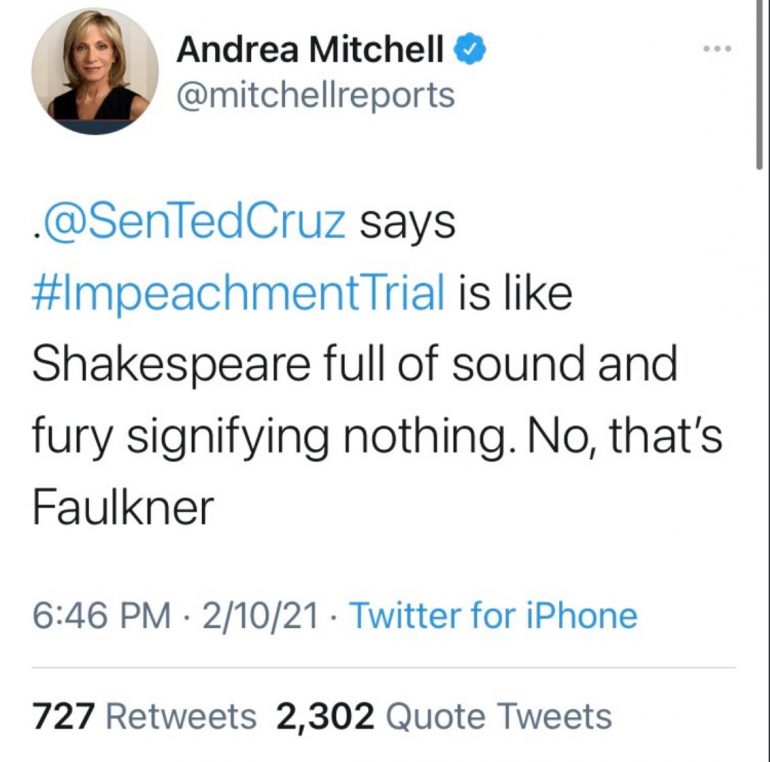 Not to be left out of a gratuitous swipe at Republicans, Jennifer Rubin used the opportunity to take on an air of moral and intellectual superiority. 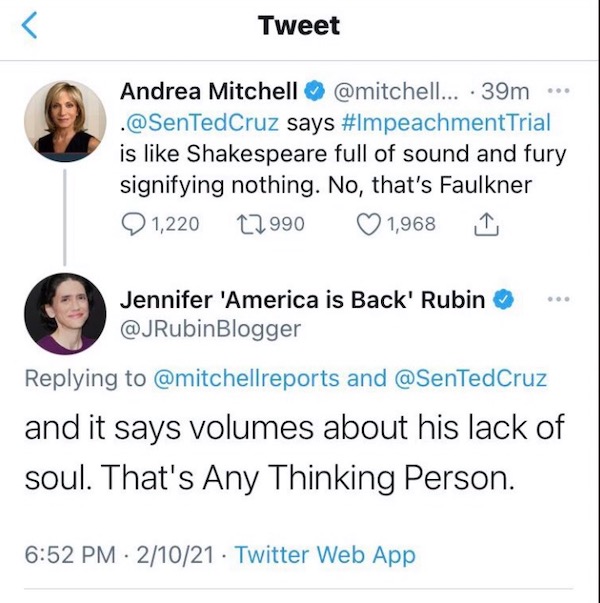 If she has any capacity for shame, that’s a decision she’s already regretting. Anyone familiar with the citation will already know why.

But for those among us who think history began in 1619 AD, there was a famous writer from just a couple of decades before that. 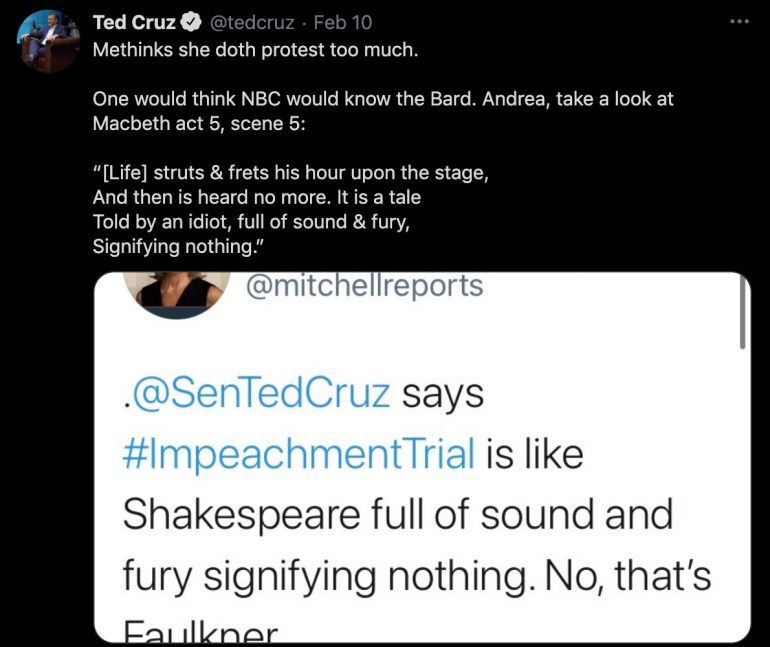 Ouch. He even phrased his clap-back in Shakesperian English, keeping the joke going by referencing Hamlet in the process.

This one is less elegant but more savage. 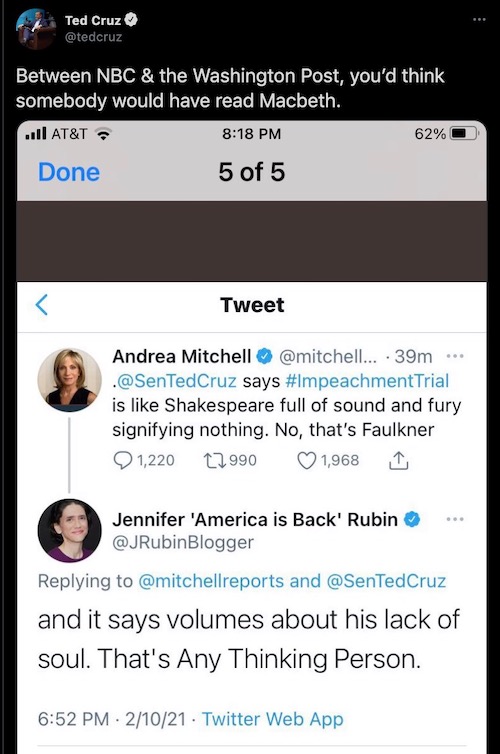 Those were some fun digs from Ted and all, but we’ll have to go to a source from the left for the most devastating and strangely satisfying smackdown of their pomposity.

For that, we go to Snopes. 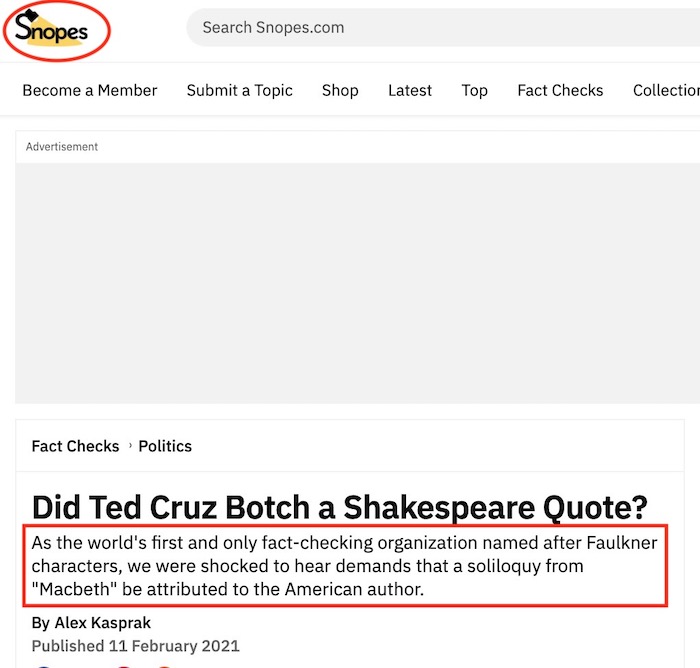 ‘As the world’s first and only fact-checking organization named after Faulkener characters, we were shocked to hear demands that a soliloquy from ‘Macbeth” be attributed to the American author.’

Mitchell, to her credit, owned her mistake. 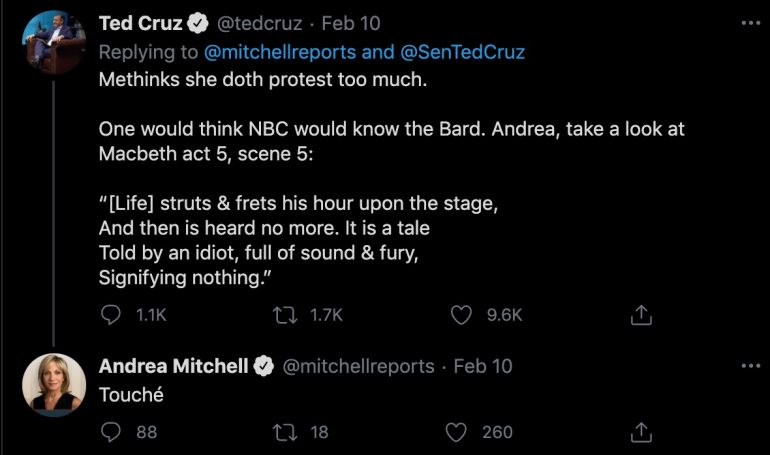 We’ll not be holding our breath waiting for Rubin to do the same.

While Lady Macbeth may have some of the same ruthless political instincts about gaining political power that we’re seeing in Pelosi and the other Democrats, she’s hardly a moral example for young ladies to follow.

For that, we recommend the personal examples of these ten badass women from history.