Say whatever you will about the ‘children in cages’ problem, at least they were being placed in a permanent structure and given somewhere they could sleep.

But under Biden’s radical Open Border’s policy, they’ve run out of places to put all these people. It’s remarkable how predictably people will respond to positive and negative incentives, isn’t it? Biden has been rewarding illegal immigration ahead of lawful immigration and (to the shock of exactly nobody) masses of people have chosen the path of least resistance.

It results in this:

So we are just watching this happen? This is utterly disturbing. We had better border security in freaking Afghanistan! pic.twitter.com/VMsMIKt9eq

But that kind of forward-thinking is a lot to ask when the Blue Team is holding the House, Senate, and the Oval Office.

Instead, we are left to look around AFTER the damage is done and ask the harder question… NOW what?

It results in kids going days without showers, taking turns sleeping on the floor, and generating headlines that include the words ‘they never saw the sun‘. 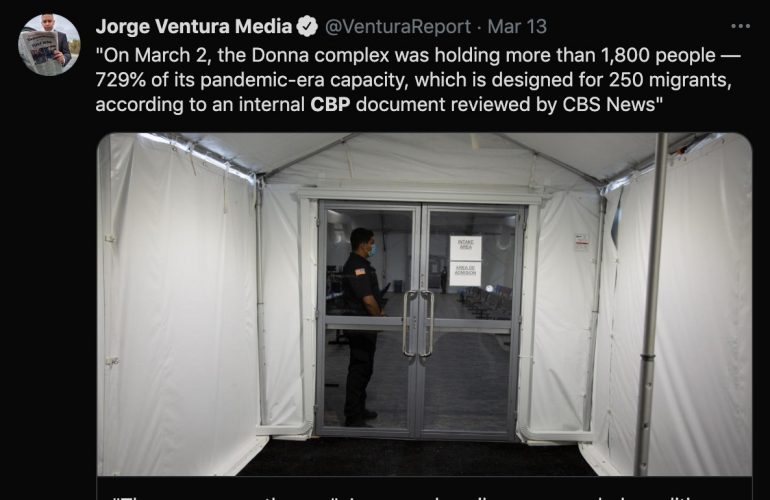 Hundreds of immigrant children and teenagers have been detained at a Border Patrol tent facility in packed conditions, with some sleeping on the floor because there aren’t enough mats, according to nonprofit lawyers who conduct oversight of immigrant detention centers.

The lawyers interviewed more than a dozen children Thursday in Donna, Texas, where the Border Patrol is holding more than 1,000 people. Some of the youths told the lawyers they had been at the facility for a week or longer, despite the agency’s three-day limit for detaining children. Many said they haven’t been allowed to phone their parents or other relatives who may be wondering where they are.

Despite concerns about the coronavirus, the children are kept so closely together that they can touch the person next to them, the lawyers said. Some have to wait five days or more to shower, and there isn’t always soap available, just shampoo, according to the lawyers.

“It is pretty surprising that the administration talks about the importance of transparency and then won’t let the attorneys for children set eyes on where they’re staying,” said Leecia Welch of the National Center for Youth Law, one of the lawyers. “I find that very disappointing.”–NewsMax

The lawyers are not permitted to observe the conditions of the tent where these kids are staying? What happened to Mr. Transparency?

Surely this will result in outraged cries from AOC denouncing Joe Biden’s barbaric practices. Maybe a staged photo-op with her crying in an empty parking lot in front of a chain-link fence? That would be something, wouldn’t it?

But she would never turn on Joe. Not yet anyway. He’s giving her all the political power she and Bernie could have possibly asked for. And really, what is the well-being of some strangers’ kids when compared to all that?

We need people who ACTUALLY care about this situation to stand up with as much real passion as the fake passion AOC passed off to the world when she wept on cue in her photo op.

If you need some of that ‘fire in your bones’, here’s some inspiration to get you started.