Most of our readers will know the name Metallica. A fortunate few will have fond memories of watching their concert as a young punk in school. But you have never seen them quite like this…

The first song of Metallica’s that crossed over and made it mainstream was the song ‘One’ from their And Justice For All album.

[Pauses to appreciate the moment of nostalgia]

Where was I? Oh yes.

We’ve not being doing as many of the meme of the days because, well, Biden is boring. Strategically boring in fact. All kinds of significant things are going on behind closed doors where we won’t get to really notice them until after they are implemented.

After all, look at the legislation they’ve been passing. It turns out that $1.9 Trillion dollar bill we just passed, that had people freaking out over the price tag? We may have been lowballed on the actual price tag. By a LOT. 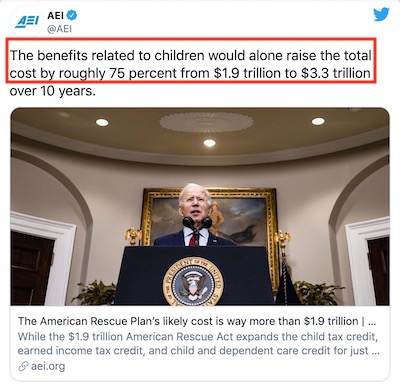 But however terminally boring he may be as a person, we do still have people finding fresh and creative ways to spoof people.

What we have here today is something we’ve seen done before… footage with slivers of someone’s speech spliced together to make them ‘sing along’ to some well-known song.

But this may be the first time you’ve seen it done with Metallica… and some of Joe’s finest flubs.

Honestly, the opening of this is spot on, playing off of Joe’s, what shall we call it charitably… unimpressive mental acuity?

Even with Joe’s team doing their damndest to turn this place into a hellscape made in their own image, if we’re going to be ‘happy warriors’ in the defense of all that is worth preserving, we might as well remember how to laugh, right?

In that spirit, enjoy the show!

If you enjoyed this piece of work, give the creator a follow.

The watermark on the video is ‘Lars Von Retriever’ and anyone wanting to check out his channel can find it here.

“I’m Joe Biden… and I forgot this message.” Love it.

We won’t spoil the rest.

Pass it along. Because you know the media won’t.

And you might want to do so quickly, before Lars goes full ‘Napster’ on this parody video.